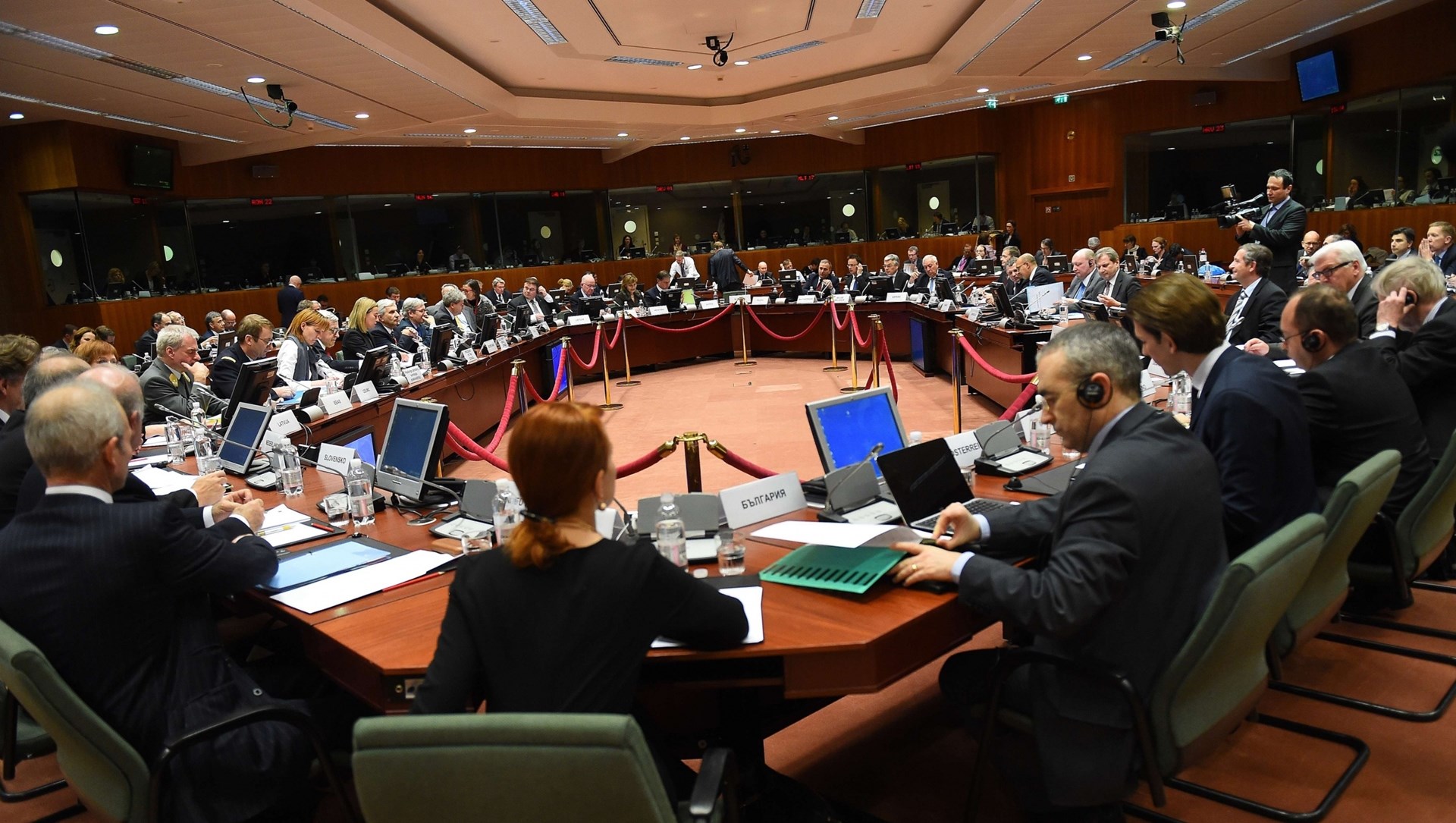 Today a draft report (PDF) of the conclusions of the Ministers of Foreign Affairs of the European Union confirmed that Albania has to fulfill five conditions before the EU will decide to open accession negotiations:

As such, the Ministers of Foreign Affairs affirmed the same conditions mentioned a few weeks ago by Chairman of the EU Affairs Commission of the Bundestag Gunther Krichbaum and German Chancellor Angela Merkel.

The draft report was not officially adopted during Council of Foreign Ministers due to the veto of one of the members states, presumably Austria, which protested against the inclusion of Turkey in the enlargement package. The authors note, however, that its “conclusions received the support of the overwhelming majority of delegations in the course of the deliberations.”

The final decision about the enlargement process in general and the opening of EU accession negotiations with Albania in specific will be taken during the meeting of the heads of EU states on December 14–15, but there seems to be little possibility that they will overrule the verdict of the EU Foreign Ministers.

Ever since the first indications by German Deputy Krichbaum that the EU Council of Ministers would not set a date for opening accession negotiations with Albania in December, in spite of the positive evaluation of the European Commission, Prime Minister Edi Rama has insisted that the only condition for the opening of the negotiations was the implementation of the vetting law and nothing else.

Prime Minister Rama ignored several strong indications from Albania’s allies in the EU, choosing instead to attack the opposition for blocking the EU integration process. It now appears that his own government’s lack of action on multiple fronts is responsible for this setback, rather than the opposition’s insistence on importance of the constitutionality of the judicial reform.

Prime Minister Rama moreover personally called Krichbaum “disconnected” and accused him of serving “his own selfish political interests” and “assisting the opposition.” As Exit explained before, Krichbaum’s opinion was in fact very relevant to the official position of Germany and, as now clearly appears, the position of the EU Council of Ministers.

The draft report moreover raises a serious issue directly related to Prime Minister Rama’s leadership style. The Ministers of Foreign Affairs pointed out that Albania needs to take better care of its relations with its neighbors, asking future avoidance of declarations that have a negative influence on those relations. Albania is asked to follow a foreign politics that conforms with the political principles of the EU. This observation is a direct reference to Prime Minister Rama’s recent aggressive and pseudonationalistic rhetoric, especially toward Greece.

The silence of EU Ambassador Vlahutin

Similarly, the draft report of the Ministers of Foreign Affairs is a strong answer against the European Commission and especially the EU delegation in Tirana headed by EU Ambassador Romana Vlahutin, who ever since her appointment has remained completely silent on any of the issues of organized crime, drug traffic, or corruption in Albania. In contrast with US Ambassador Donald Lu, she has persistently failed to address publicly any of the issues now mentioned in the draft report of the EU Council of Ministers.

Ambassador Vlahutin has openly supported Prime Minister Edi Rama, to such an extent that her independence as EU ambassador is now widely doubted. It remains to be seen whether she will be able to continue her role as supervisor of the EU integration process and exert proper pressure on the Albanian government to implement the expected wide-ranging reforms and clean up its ranks.

Updated on 22:07 with the PDF of the draft report and the fact that it has not been adopted by the Council of Foreign Ministers.