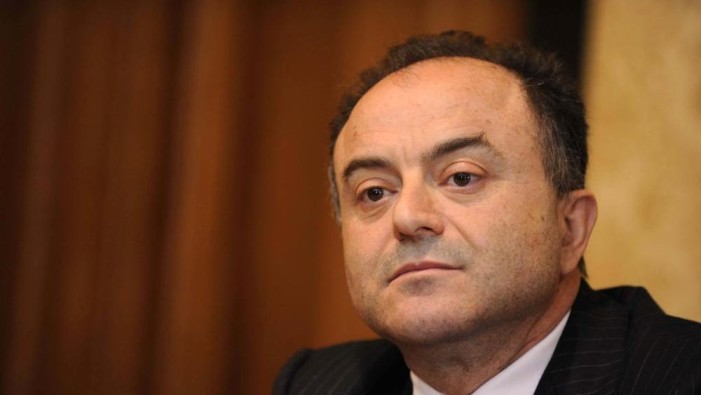 The number of confiscated cannabis plantations in Italy has tripled during 2016. What is happening?

Simple: the demand has grown. But thanks to technological developments the last few years, we have made progress in the discovery of criminal activities.

How many marijuana plantations evade the control of the police?

It’s difficult to give any numbers. Different studies say that for every confiscate kilogram of cocaine, nine other are trafficked. I think that for cannabis we are dealing with similar percentages.

Has dispatching means and people to Tirana had a positive result?

No. There’s been an increase in controls, but that’s not enough. In Albania the cultivation of marijuana is widespread, because the attacks of the police remain without result and there is shocking level of corruption.

What do you think about the legalization of cannabis?

I have heard statements that the legalization of soft drugs will impoverish mafia organizations, but that’s nonsense. Among 100 people addicted to drugs, only 5 are addicted to soft drugs, and of those only 25% are adults and 75% minors, so drugs would have to be sold only to 25% of 5%.

The market data are ridiculous: on the black market, one gram of marijuana costs less than 4 euro, while one gram of cocaine costs 500 euro. So where is the missing profit of the mafia?

So for coherency’s sake, cocaine needs to be legalized too, if that’s the direction in which you’re going…

A democratic state cannot afford the luxury to legalize that which is harmful. Also slot machines in bars, alcoholic beverages, and cigarettes are a form of hypocrisy…

Let’s take for example the ‘Ndrangheta [Calabrian mafia], which cultivates marijuana in Aspromonte, and the Albanians, who cultivate it in several zones of Basilicata. They don’t pay electricity or water, worker or pay black, and they sell it at four euro per gram. If the state decides to produce marijuana, they would have to pay for greenhouses, electricity, organic fertilizers, dryers, and the distribution through pharmacies, at a cost of 10–12 euro per gram. But the addict without money will continue to buy the same drug for 4 euro per gram.

You’ll never be able to compete on this point with criminal organizations, we need to try to be realistic.

What is the solution?

If politics has the freedom, desire, and courage to create a judicial system that respects the constitution, in proportion with the criminal reality, and will turn illegal activities into something unprofitable, within a very short period – 4–5 years – 80 percent of the mafia would be overcome.

Afterwards there is a more long-term approach, in which we would need twenty more years to change the mafiosi mindset, because even when they don’t censor us, we think like mafiosi and behave like them.