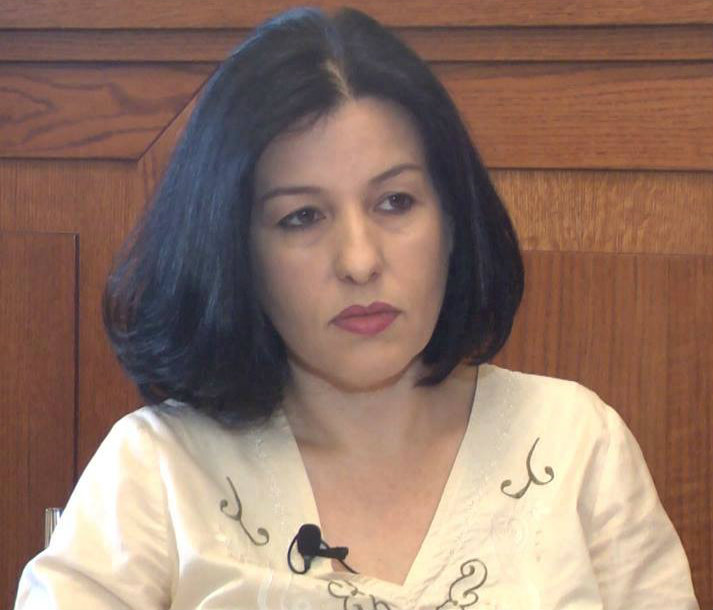 Whenever I pass along the main boulevard of Tirana and am confronted with the imposing bunker that is erected right in the middle of Tirana, on the courtyard of the Ministry of Interior Affairs, I am reminded right there and then of everything that I saw and lived during communism. The histories of my two grandfathers, who were shot, of my executed uncle, of my father who was imprisoned for sixteen years, and of all the discrimination and contempt I felt at every step of my childhood ever since the beginning.

The world that I knew from the day that I was born until the year 1990 was a world full of hatred toward me, a world that found its reason and being in its hatred and oppression toward me, my family, and thousands of others like us, only because we thought differently. That’s why for some time now I have been avoiding that road, and I would like to never have to go there again.

During these times, in which Edi Rama is reviving bunkers and buildings of the Sigurimi [the Security Services during the communist regime] and the dictatorship, under the pretext of creating museums – while allowing the ruins of ancient civilizations to be crushed under the concrete weight of the buildings of his clients – I have asked myself what Edi Rama remembers from the past that he has chosen to revive in those museums. And at the same time, I wonder what the children of the former members of the Politburo, members of the Central Committee, and secretaries of the party are feeling.

Maybe they recall their childhood with nostalgia, filled with happiness and pleasures, with security for the future. For them, childhood has been growth without troubles, without limits; they could do whatever they wanted and could become whatever they, or their parents, desired. They could become “talented” if they didn’t have any talent. They could even become intellectuals without having any intelligence. To be what you were was safe and would get you to the top.

From my childhood I have few memories that I like to recall. For some time now I’ve wanted to erase from my mind one of the nightmares of my childhood, projected precisely on the building that nowadays casts a shadow on the communist bunker – the image of the agent of interior affairs, which came in the middle of the night and pulled us all out onto the courtyard in our nightgowns, while he and the policemen checked our house for propaganda materials or other proofs or our “hostile” activities. Because keeping the “enemies” in a constant state of terror was one of the specialties of the people who worked in that building next to the bunker.

To be, during communism, a child in a politically persecuted family, like mine, meant to be born in contempt and to live your entire life in contempt. Such was my childhood.

To be a child in a family of the communist elite guaranteed you a secure life full of privilege, built upon the hatred and contempt for those like me. Such has been the childhood of Mr. Rama and many of those who nowadays build bunkers and museums for their fathers and their perverse pleasures.

It seemed as if the times had changed in 1990, and it was thought that these new times would render us all equal in the present, in spite of past inequality. But in the days that followed December 8, 1990, it quickly became clear that such equality would be impossible. The subsequent history of the former victims of political persecution is well known. First Ramiz Alia, then Sali Berisha, Fatos Nano, Edi Rama, and others “took care” that the victims of political persecution continued to be neglected and forgotten, even continued to be degraded.

So today, after 26 years, I and Edi Rama are two “children” as different as we were during communism.

Today, I have to “taste” the art works of Prime Minister Rama – Bunk’Art, the House of Leaves, the communist bunker next to the Ministry of Interior Affairs.

But I still haven’t seen the museum for the internment camp in Tepelena, where my mother stayed with two underage children, the museum for the prisons in Burrel, Spaç, Qafë Bari, or some other communist prison in which my father passed his youth.

I still haven’t seen the museum for the internment camps in Turan, Berat, Kuçovë, Porto Palermo, Shtyllas, Savër, Gradishta, Grabjan, Çerma, there where children like me live in inhuman conditions under communism.

I haven’t seen the museum for the 45 dark years in the life of children like me under communism… and there is little chance that that museum will ever come.

In Austria, two days ago, the government decided to destroy the house where the nazi dictator Adolf Hitler has been born, a private home, against the will of its owner. On its ruins another building is planned, without any relation with the nazi dictator.

The Austrian government argues that this decision aims to efface the neo-nazist heritage. The Austrians no longer want that building of the dictator to be a reference point for tourists who visit Austria.

They won’t be able to efface the evils of nazism from history, but at least the children, the young people from future generations who will visit Austria, will no longer have to see that building where the notorious dictator had been born.