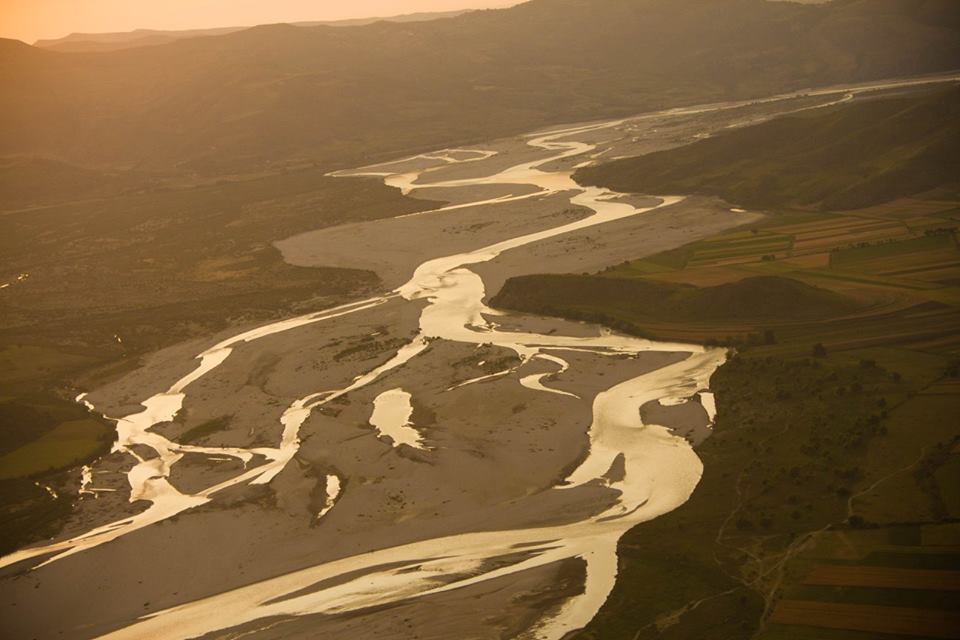 This week the government again used its budget reserves to pay lawyers in what is already turning out to be costly feud against the Italian businessman Francesco Becchetti. The government is clearly willing to face these costs, paid by the Albanian citizens, in the case of the Kalivaç hydropower plant. The government annulled Becchetti’s contract, tried (and failed) to get him extradited from Italy, and went on to litigate in several international arbitration cases.

The HEC in Kalivaç was supposed to be the first of a series of dams, first mapped out during Berisha’s government in 2008, which would destroy the entire ecosystem of the Vjosa, one of the last free-flowing rivers in Europe. According to “Save the Blue Heart of Europe,” a campaign started by a conglomerate of environment protection organizations,

The Kalivaç dam would stop the natural “heartbeat” of the whole river system by blocking the sediment transport from the mountains down to the Adriatic Sea.

The blocking of the sediments would lead to intensified riverbed erosion in the entire stretch downstream of the dam. This would impact even the river delta at the Adriatic Sea. The alluvial ecosystem would be degraded along almost 100 km.

The project itself was heavily opposed by environmental activists, and recently 228 scientists from 33 countries signed a joined memorandum, calling for a 3-year construction moratorium for hydropower plants. Their calls remained unheeded by the government.

Becchetti himself was apparently oblivious to the environmental damage his dam would cause. In an interview with Der Spiegel from 2014, he stated that “The dam won’t be a problem for the environment […] somebody had to explain this to me first, but we will add some steps for trout.”

It is not that Becchetti’s project was canceled out of concern for the environment. Because on October 13, the Ministry of Energy and Industry signed another contract with the Turkish company Kovlu Energji for the concession of a hydropower plant downstream from Kalivaç, at Poçem, an investment worth about 100 million euro.

The case for the Valbona hydropower plants, equally focus of strong criticism by environmental activists, is completely different. In spite of strong opposition from civil society, protest concerts, and the fact that the hydrocentrals are planned in a protected natural reserve legally determined as “national park,” the government has so far refused to even reconsider the contracts.

Nevertheless, the legal framework is very clear. According to Article 6.2 of the Law on Protected Zones, “In a national park it is prohibited to exploit the land with intensive technologies, through means or in ways that cause fundamental changes in the biodiversity, in the structure and functioning of the ecosystems or which damage in an irreversible way the surface of the land.” Building a hydropower plant in the middle of a national park is thoroughly illegal – unless, of course, you claim it causes no “fundamental changes in the biodiversity.” Which is exactly what a series of “Evaluations of Environmental Impact Evaluations” have done.

In a response to a comment posted on Facebook, asking why he didn’t cancel the contracts, Rama responded that if they did, “we have to pay in international arbitration much more than what you can imagine in your worst dream.” But the government is currently paying that nightmare, and not even for the right reasons.

So it is clear that Rama’s government hypocritically maintains a double standard. It is only willing to pay for international arbitration if it is the result of a personal feud with a businessman – and not in order to revert failed policy from a previous government and prevent certain ecological disaster caused by the illegal and indefensible exploitation of nature.