“The Cowboy,” Another Painter in Albanian Politics 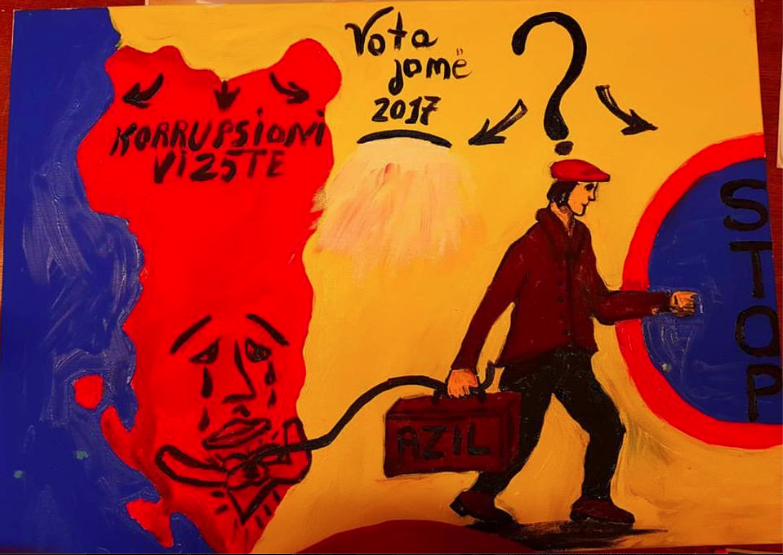 Socialist Party Deputy for Shëngjin, Eduart Ndocaj, who for some time seemed to have disappeared from the Albanian chronicles, has all of a sudden reappeared with a new political initiative: the Party of Albanian Emigration (Partia e Emigracionit Shqiptar).

Clearly underestimated by the Albanian political analysts, the “Cowboy” has temporarily left the Albanian scene in order to travel to Italy and rake votes for his new political project, and only through his Facebook page we are provided with some useful information that help understanding the situation.

On Sunday, November 6, a new political entity was founded in Pesaro, which, according to the founders’ desire, among other points in the program, mentions the following:

The photo posted on Deputy Ndocaj’s page presumably portrays the founders: 17 people, maybe 18 including the photographer, all men of a certain age.

From the deputy’s Facebook page we learn that, in a real tour de force, he has met other groups of Albanians in the previous days all over Italy: November 2 in Fermo, October 29 in Montappone, October 23 in Macerata, and October 22 in Amatrice.

Another detail learnt from his official page is that the deputy Ndocaj has decided to follow the example of the Prime Minister, with whom at the beginning of his mandate he had shown a great political affinity, and with whom he shares the hobby for painting as a way of enhancing the political message through the figurative arts. So while Edi Rama is about the present his craft in New York, the “Cowboy” seems to be preparing a personal exhibition to show that he is “not only the politician but an artist as well”. The exhibition poster promises 100 paintings, 100 messages, 100 ideas, and even 100 philosophies.

There are no arguments on the quantity of the paintings and of the messages, but many would be satisfied with a lot less in terms of ideas and philosophies.