Group Psychotherapy in Albania: In Its Infancy but Full of Promise 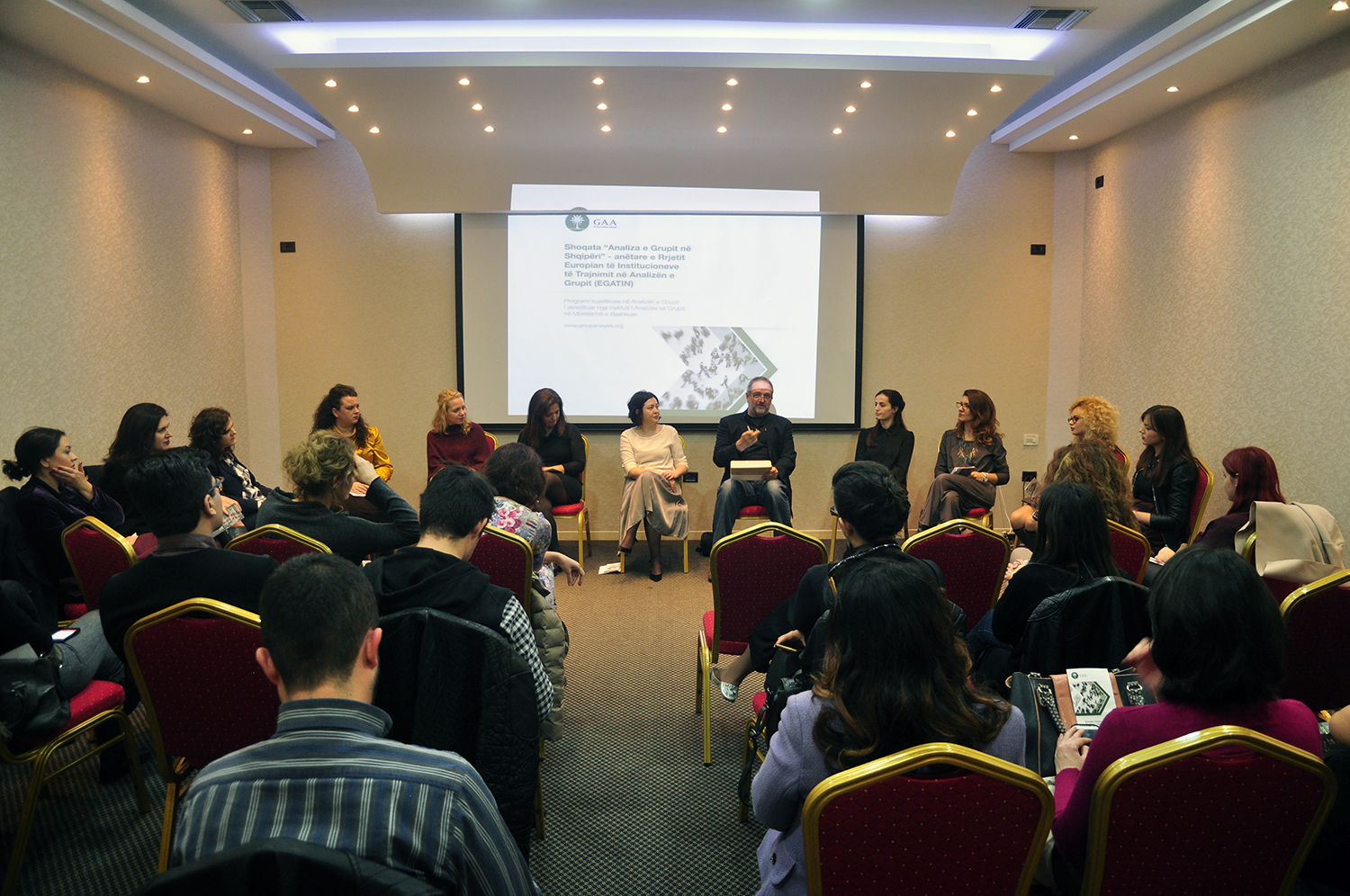 In Albania psychoanalysis, and mental health care in general, are still in its infancy. But about two years ago, a small group of likeminded psychologists, psychoanalysts, and psychotherapists, gathered under the name of the Albanian Center for Psychological and Psychotherapeutic Services (ACPPS), came together to bring group analysis, or group psychotherapy, to Albania.

After organizing several events around the concept of group psychotherapy, and, most recently, an exhibition to puts a focus on the experience of the patient in Albanian mental health care institutions, the ACPPS recently publicly announced the beginning of a one-year foundation course in group therapy, fully accredited by the Institute of Group Analysis in London and directed by the English group analyst Robert Harris.

The course will start next year and will take as a basis the group formed with Robert Harris last year in a series of sessions.

I sat down with Robert, or Bob as he is called by his colleagues, and Olta Tuholi, a psychoanalyst in training and member of the board of directors of the ACCPS, to discuss the relevance of group psychotherapy in the Albanian context.

Group analysis as a way of dealing with the totalitarian past

One of the aspects of your initiative to introduce group psychotherapy in Albania is, as it is stated on the ACPPS website, to deal with the communist past.

Bob: I would prefer to say totalitarianism, because there is nothing intrinsically wrong with communism. Totalitarianism seeks to make you think the way that I think. It seeks to control the thoughts of the population, of both large groups and small groups, such as the family or the school. The aim of totalitarianism is domination and control, and it doesn’t matter what you dominate or control. So it can be a fascist or a communist form of control.

The broad aim of psychoanalysis and group analysis, which is a development of it, is the liberation from social domination and social control – a liberation of thinking. So it is the opposite of totalitarian control.

On the ACPPS website it says that Albanians are still “waging a ‘war’ inside themselves to understand their own reality.” So when you arrived here for the first time at the invitation of the ACPPS, how did you see the group dynamics and the way in which the trauma of the totalitarian period manifested itself within the Albanian community?

Bob: I see Albanians as generally friendly and not very aggressive, but gradually I noticed that people are often a bit suspicious and hesitant. More and more I also noticed that there is a tendency to constantly ask me, what should we do? How do we do it? What are the rules?

Olta: It is a form of dependency. As I see it, psychoanalysis is a form of catharsis, a way to get rid of this dependency. Not by acting out – by aggression or by wars – but by giving you the opportunity to build yourself slowly.

Bob: There is something else that I noticed over time. Historically, Albania tried to make a connection with the Soviet Union, then with China, and now with Europe, which has always been difficult. So there is a tendency to think, are we really good enough? There is an insecurity about whether Albania is a good enough place. These are just tendencies, but they live on.

There was a catastrophic failure of dependency on communism, on Enver Hoxha, that is shared with the Soviet Union, where I also do much work. Such a failure would lead anybody to feel like, how did I get it so wrong? Why did I put up with it so long? Why didn’t I do something? This has an effect on self-esteem, and could be an element of the Albanian psyche.

The origins of group analysis in Albania

Bob: In the UK I do a lot of consultancy work for hospitals and other therapists. An Albanian therapist, Dr. Erald Bektashi, joined my consultancy group, and for several years he was one of my students. And then one day he said, why don’t you do some work in Albania? We made contact with Ms. Anxhela Gramo [currently ACPPS board member] and that’s how it started.

Olta: For us it was a big surprise that we made this happen. In the beginning we couldn’t even think of having psychoanalysis, let alone group analysis, in Albania.

At the Second Conference of Psychotherapy in Tirana I met Bob for the first time, who was giving a presentation there. He stood out, because he was much more social and engaging than others. So you could really see the effect of group therapy on him. After that we started to talk how we can make group analysis happen in Tirana, first by organizing our own group therapy group, and later putting in place the more formal structures, because you need an organization and accreditation to build trust, to show that you are serious.

Bob: So here again it is the issue of trust in a certain type of authority. One of the core ideas of group analysis is that our social environment has a strong effect on individuals. In the UK people are less willing to accept this fact, but in Albania or former Soviet countries people intuitively understand what this means.

Perhaps this is also because the founder of group analysis was a German Jew, S.H. Foulkes, who had to flee his country because of the totalitarian oppression of Jews. So he knew what growing up in a totalitarian state was like. So in many ways group analysis is a response to totalitarianism. You see a totalitarian situation now developing the USA and UK, where it has become very difficult to have your own thoughts separated from the masses. So it is not just states, you also find totalitarian mindsets.

The state of mental health care

On the one hand you are dealing with the heritage of totalitarianism, but on the other you are also confronting the desperate state of mental health care in Albania and the general absence of proper treatment. How do you deal with that?

Olta: We have had contact with hospitals and psychologists working there, discussing the possibility to come together and form supervision groups, because these people work all day without any supervision on often very hard cases. But I see that one of the biggest limitations to doing group analysis in Albania is that there is scepticism about its defined setting and structure. Because being raised in a totalitarian regime, doing group analysis can feel like repeating the same pattern. It is difficult to explain the difference.

So the effect of the therapy is a liberation from authoritarian or totalitarian influence, but the therapy itself works by following an externally imposed regimen.

Bob: Yes, that’s a paradox. To do most work is a form of discipline. But the aim of group analysis is to liberate, not to control. It’s about developing a different type of relation to authority. The traditional model of analysis is very much I pay and you cure me, whereas with a group our problems become manifest in the group, which becomes the focus for healing ourselves, if you like.

Olta: I think on an organizational level, working on your own as a therapist is a response to this paradox, instead of coming together to work on our cases and develop the treatment of mental health further.

The politics of group psychotherapy

But this is also about the transparency of the therapeutical process. What you offer your patients, is what you have gone through yourself while trying to organize yourself as a group of therapists. In the end, it seems, this offers a model of social organization, not just of individual liberation. In other words, I feel that there is a strong political component to your work.

Bob: Yes there is. Group therapy represents a form of democracy. It is a democratization of the psychotherapeutic process.

Olta: It is about making psychotherapy available to people.