The Tower of the New National Stadium, between Rumors and Truth 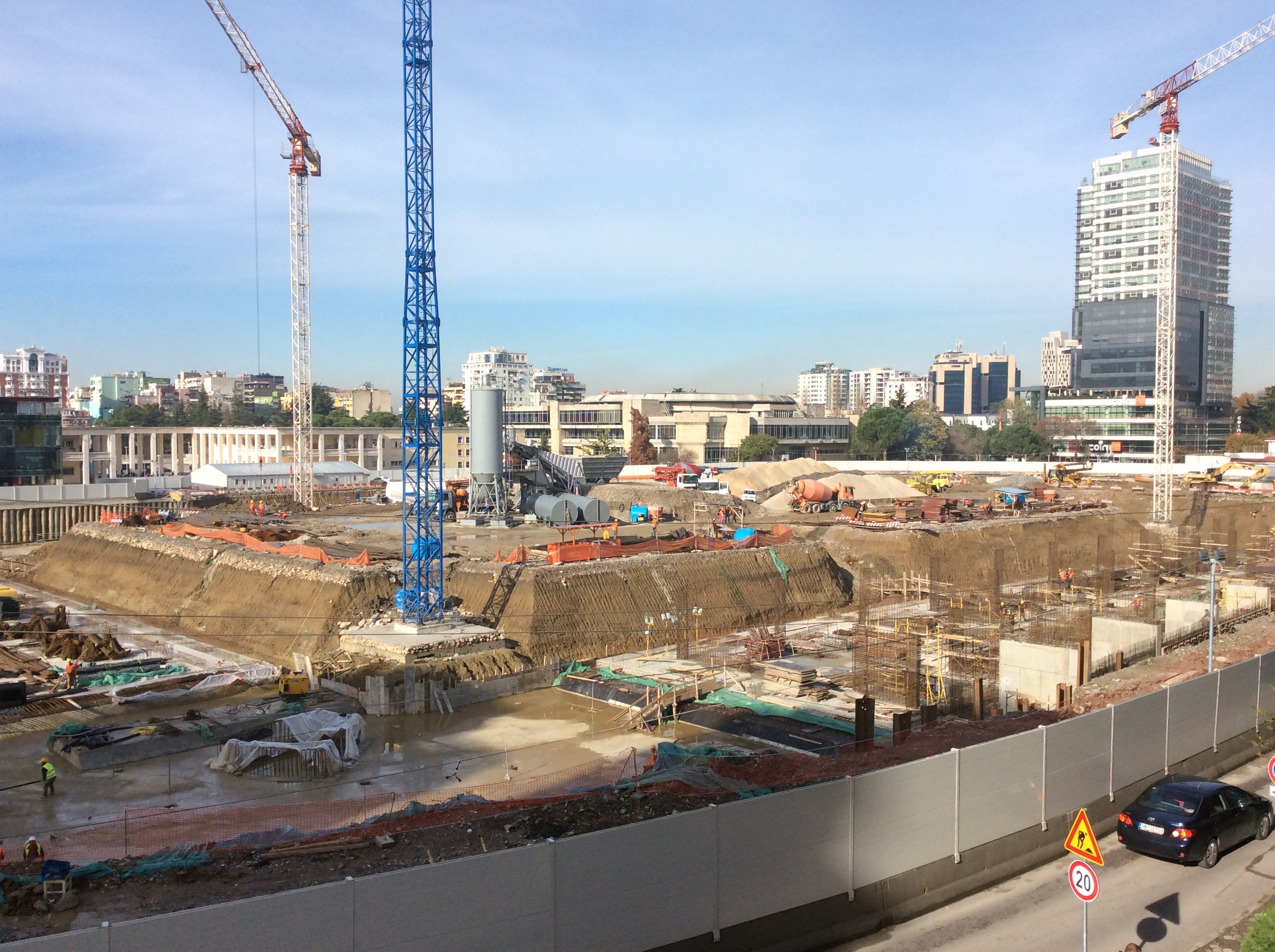 Since a few days, the construction site for the new national stadium looks abandoned. Whereas before hundreds of workers where on location working day and night in three shifts, now there only seems to be a handful of workers and guards hanging around.

Sources close to construction company AlbStar, who requested to remain anonymous because of the sensitivity of the situation, confirm that the works have been stopped or, at least, slowed down significantly because of a conflict between the company and its clients.

A small group of officials within the government and the National Football Federation (FShF), which allowed the illegal destruction of the former Qemal Stafa stadium, a cultural monument protected by the law, and AlbStar had struck a deal regarding the division of the real estate and commercial center in the tower that is part of the new stadium.

Recently, AlbStar understood that it would only profit from the commercial center, and not the real estate in the tower. This compensation does not appear to be sufficient to cover the construction costs, the stadium, commercial center, and multifunctional tower. In return, the government promised a series of public tenders.

However, now that public investments are slowing down, the company is afraid to be stuck with bill and has interrupted the construction as a way of putting pressure on the other party.

The absence of information feeds rumors

In any other European country this type of “conspiracy theory” speculations would not have to be denied, simply because the public availability of official documents would lay out the truth. But in this particular case, the government has systematically refused to give any public information, operating in complete secrecy.

Neither the website of the National Territorial Council (KKT), nor any other governmental website, lists any building permit or other official document related to the construction.

The only things giving an indication of the extent of the project that were ever made public were a few architectural renders on the Facebook profile of the Prime Minister.

Neither the government, the FShF, nor the private-public partnership between them – which is the official contracting agent with AlbStar – has released any detail as regards the final architectural plan, its costs, or any of the contracts with the construction company, which apparently will be one of the co-owners of the new national stadium.

We don’t know how large the stadium is going to be, how high the tower, the influence on the environment, who is going to own which part of it, and – in the end – who is paying for this prestige project by Italian architect Marco Casamonti. In October 2015, Casamonti was sentenced to 2.5 imprisonment for corruption.

The glaring absence of transparency, all this secrecy and uncertainty, and suspect procedures feed into the speculations and rumors going around in the bars of Tirana.

A simple declaration from any of the parties involved would already provide much clarity to the Albanian population. But the Prime Minister, ministers, Mayor of Tirana, and dozens of other officials choose to remain silent, while openly violating the law.