Opening a Museum Commemorating the Victims of a Dictatorship, the Totalitarian Way 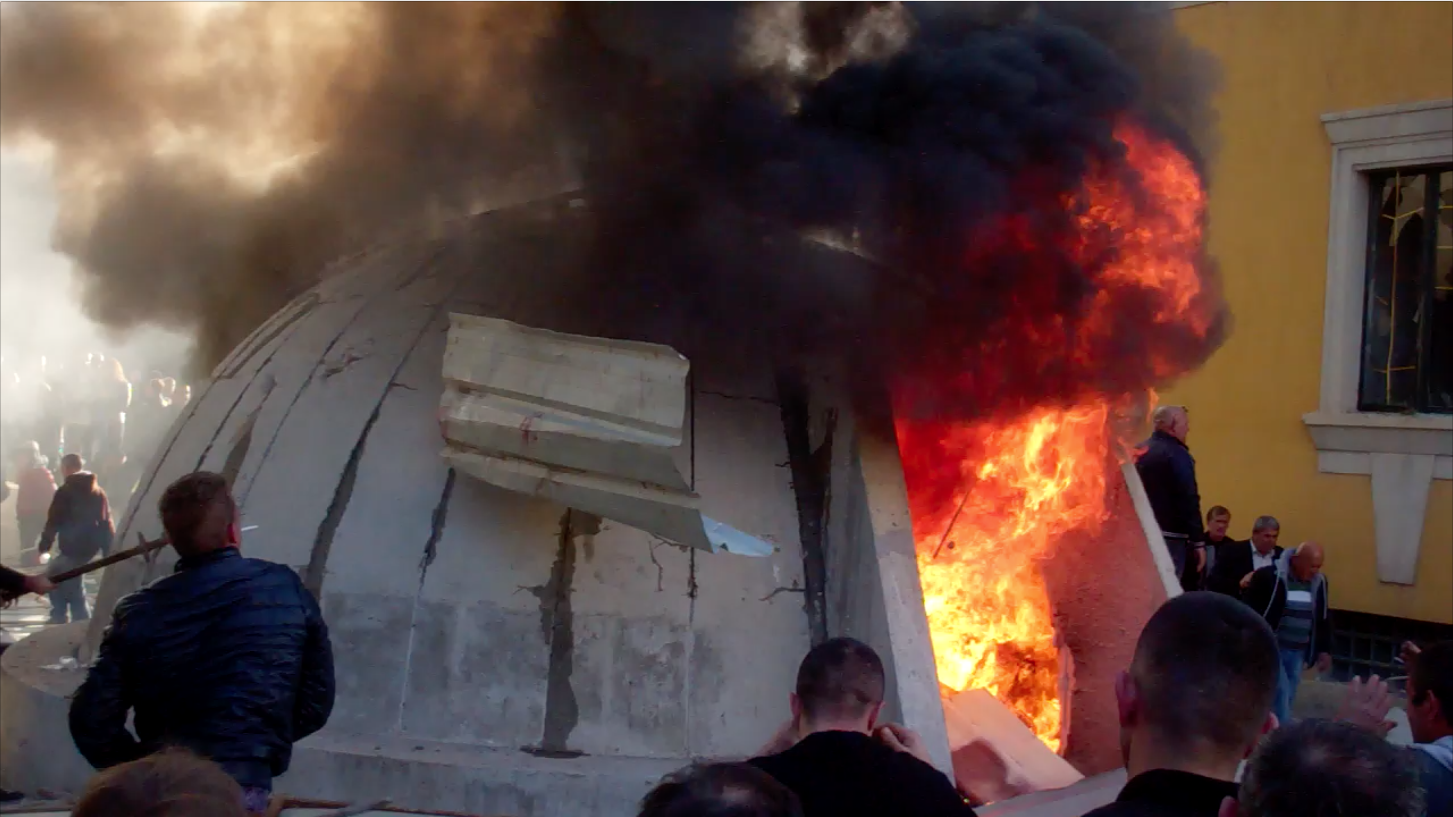 Today Prime Minister Edi Rama, Minister of Interior Affairs Saimir Tahiri, and media entrepreneur Carlo Bollino opened Bunk’Art 2 in the bunker underneath the square behind the Ministry of Interior Affairs. Bunk’Art 2 is the second bunker-museum opened by Rama and intended to commemorate the victims of the totalitarian regime under Enver Hoxha.

The museum was opened amid protests by people who were politically persecuted by the regime, who flew a drone over the entrance with the text “Edvin Kristaq Rama, apologize for the death of Havzi Nela.”

Havzi Nela was a dissident poet during Hoxha’s regime, who was sentenced to death after he had left the village he was interned in to visit his dying mother. His death penalty was signed on February 20, 1988 by, among others, Kristaq Rama, Edi Rama’s father and then member of the Presidium of the People’s Parliament. Nela was hanged on August 10, 1988.

In December 2015, the construction of the entrance to Bunk’Art 2 caused massive protests of the opposition and organizations representing formerly persecuted people. The bunker was heavily damaged by fire and several holes were made in the dome. Rather than repairing the damage, the holes have been repurposed as windows, ironically commemorating the protests against it – while emphasizing the poor construction of the object.

As Bunk’Art 2 is supposed to commemorate the victims of the totalitarian regime, it is ironic that the media were not allowed in during the opening. BIRN photographer and journalist Ivana Dervishi told Exit that guards at the entrance said that no media were allowed inside: “We are directing this,” they reportedly stated.

Bunk’Art 2, just like Bunk’Art 1 in the former atomic bunker of the Central Committee, is managed by Carlo Bollino, a former Italian journalist and close collaborator of Edi Rama, who owns several media outlets. Recently, Bollino caused the closure of an Albanian media portal over a satirical article, while Rama himself has at several occasions attacked the few remaining independent media in Albania.

The presence of Bollino and the exclusion of independent media from this event is all the more scandalous, because his own media were provided with ample footage of the opening. To tightly control the media around a contested site that is financed by public money stands in direct opposition to what any museum commemorating a dictatorship is supposed to represent. It is a sign of profound hypocrisy.