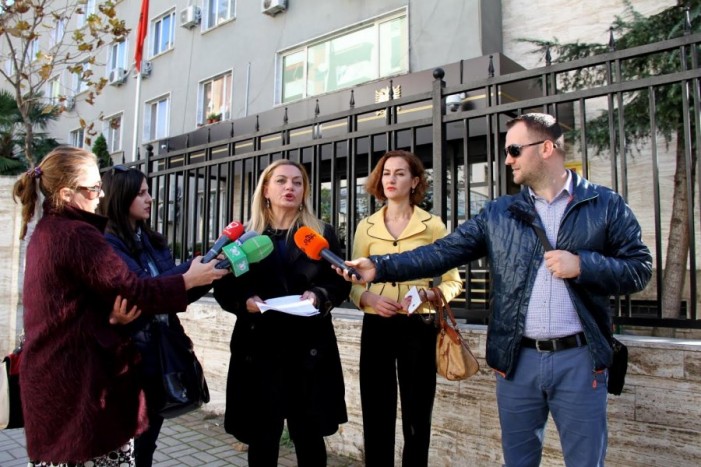 Yesterday, the Democratic Party (PD) sued Minister of Health Ilir Beqaj for abuse of office in relation to the concession for free health checks of people 40–65 years, known as “Check Up Falas.”

After handing in the lawsuit to the General Prosecution, PD Deputy and Chairperson of the Parliamentary Commission for Labor, Social Affairs, and Health Albana Vokshi stated:

In our judgment the state budget has been harmed for more than €16 million, without mentioning that the implementation of this initiative, where, in our judgment, only during nine months of 2015, of which we have publicized the numbers a few days ago, there is an abuse of about €1.5 million.

Moreover, Deputy Vokshi stated that the PD “is determined to defend the public interest and the public finances.”

On October 27, 2014, after a closed procedure, the company Marketing & Distribution shpk received a ten-year concession for Check Up Falas through public–private partnership construction, at the value of 730 million lekë (~€5.4 million).

Being a trading company in alcohol, cigarettes, and other goods, Marketing & Distribution has no prior experience in the healthcare sector. Due to an absence of the appropriate licenses, medical check-ups were only offered from May 2015, rather than starting in December 2014, as intended.

Marketing & Distribution shpk is 100% property of Vilma Nushi. It is offering the medical check-up service in collaboration with Trimed shpk, which she owns for 50%. According to tender regulations two companies of the same owner are not allowed to bid together.

The PD has continuously accused Prime Minister Rama and Minister Beqaj for corruption with healthcare funds and a lack of transparency.