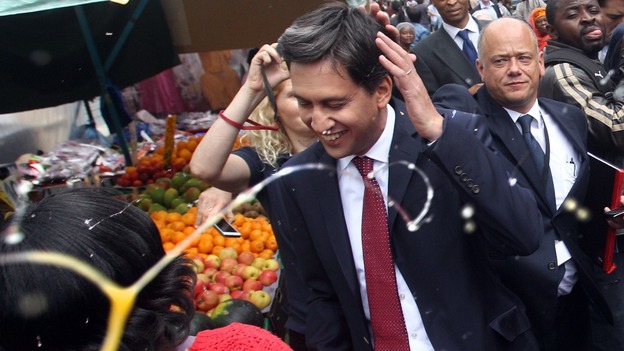 Ever since the plans of the government on higher education reform have become public, the student activist group Movement for the University (Lëvizja për Universitetin) has been actively protesting the reforms, which they claim will profit private universities and will raise tuition fees for public universities.

In the context of this political resistance against a government reform which has caused chaos in the educational system, the Movement for the University has staged multiple public protests and a series of protest actions, notoriously involving food products.

On November 2, 2015, eight student activists of the movement were arrested after throwing eggs at Prime Minister Edi Rama and Minister of Education and Sports Lindita Nikolla when attending an event at the Faculty of Social Sciences. They were later indicted for “assault because of duty” and “resisting the police.”

On November 18, 2016, student activist Mirela Ruko poured a bottle of tomato sauce over the head of Minister Nikolla during an event of Socialist Youth Party FRESSh at the occasion of the International Day of Students. Also Ruko has been accused of “assault because of duty” and “disturbing of the public order.”

The History of Penal Code Art. 237

“Assault because of duty” (Goditja për shkak të dëtyrës) is defined in Article 237 of the Penal Code. It is a criminal offence, falling under Chapter 8 “Crimes against the authority of the state,” Section 1 “Criminal acts against state activity done by a national.” It is defined as follows:

As may be clear, the intention of both the “totalitarian” and “democratic” articles is the same: to punish anyone who attacks a state official who is performing their “duty.” The neutral “person” (person) has been replaced by the more capitalist notion of “employee” (punonjës) and reeducation in a labor camp has been turned into a fine, but otherwise nothing much has changed. It still can get you three years in jail.

It should be noted that similar articles, such as Art. 239 “Insult because of duty” and Art. 240 “Defamation because of duty” were removed during the Penal Code reforms of 2012, probably with the argument that Art. 119 “Insult” and Art. 120 “Defamation” are sufficient and that no special exception needs to be made for state employees.

But somehow Art. 237 (and Art. 238 “Threat because of duty”) were left in, and are now employed as a form of repression against student activism.

Why Art. 237 should be repealed

The reason why in Albania a simple egg or some tomato sauce can get you three years of imprisonment – apart from the legal costs which most people cannot afford – is the existence of Art. 237.

No other country in the European Union offers a similar “special” protection to state officials. That is why egg throwing can be common form of political protest in the UK and shoes may be thrown at the US President with relative impunity.

Considered regular citizens, politicians can of course choose to start a lawsuit against this or that food-throwing protester, but the possible damage this does to their reputation and image as politician certainly has a deterring effect. “Getting dirty” in court is worse than “getting dirty” on the streets.

In Albania, the situation is very different. Neither Prime Minister Rama nor Minister Nikolla filed charges in order to prosecute the protesters. They don’t have to expose themselves in court, nor do they have to get “personally” involved in the process. In fact, they can easily claim that they don’t hold any grudges and won’t file official charges. Because, considering the “gravity” of the crime committed against them, they don’t even have to.

It is up to the prosecutor to decide whether to prosecute the protesters under Art. 237, as has happened in case of the eggs thrown in 2015, and will no doubt happen in Ruko’s case.

To summarize, Art. 237 is a leftover from Albania’s totalitarian past, when state officials were better protected than regular citizens. It allows politicians to stay “clean” from juridical procedures, while political activists are constantly threatened with imprisonment – even for an egg or tomato sauce. It allows those with power to deny any responsibility for the plight faced by students in the corrupted Albanian legal system.

Furthermore, even without Art. 237 the current Penal Code of Albania offers sufficient protection to anyone who is targeted with or doused in any alimentary product. Anyone, including politicians, can file a lawsuit against anyone else for being caused to smell like pizza or omelet.

But most of all, Art. 237 tells us that politicians are “more equal” than regular citizens. Everyone, including politicians and activists, should be equal before the law and I have seen no convincing evidence whatsoever why the people who happen to rule us should be treated any different from an ordinary citizen – if anything, they should be treated worse.

The author would like to thank Dorian Matlija, director of non-profit legal aid center Res Publica, for his input on the context and history of Penal Code Art. 237.