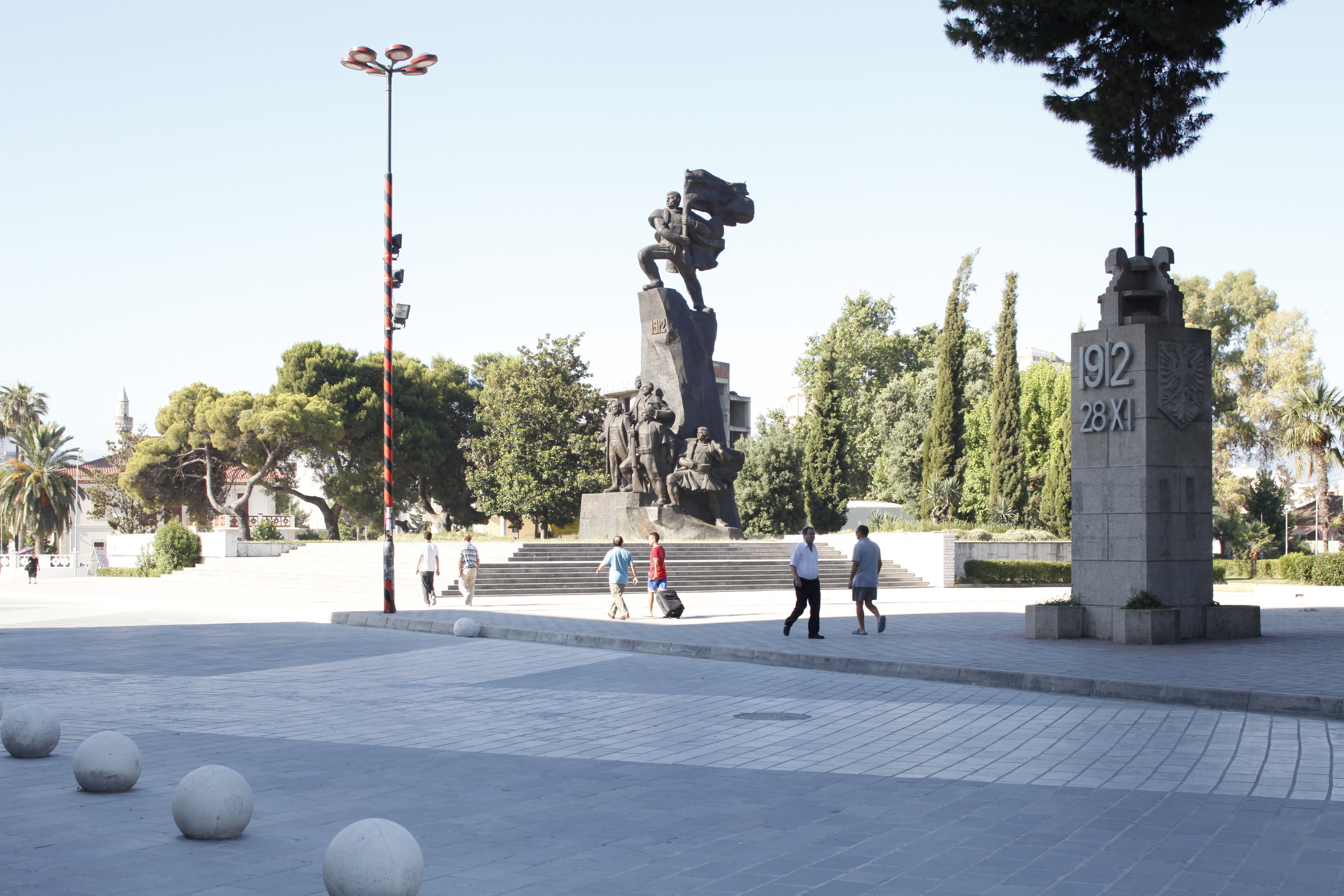 In 2014 photographer Marco Mazzi and I completed a project cataloguing close to seven hundred lapidars and monuments constructed until 1990 on the Albania territory, the Albanian Lapidar Survey. A year later, we published a three-volume catalogue containing all research materials, which is freely available in a digital format and under a Creative Commons license.

The project was partially funded by the Ministry of Culture, and at that moment I still believed that the results of this first extensive research project on cultural heritage and monumentality from the socialist period would be helpful for the new government to formulate a sensible policy about how to deal with this very difficult part of Albanian cultural, artistic, and political history. I was wrong.

I came to this conclusion already while doing the project. Somewhere halfway through our 7000-km, 50-day field trip through Albania, I got a call from the Ministry: they wanted to restore a few lapidars for the upcoming hundredth anniversary of the Albanian independence.

At the Ministry, I was greeted by Director of the Institute of Cultural Monuments (IMK) Arta Dollani. She was not interested at all in the details of the project. In fact, the IMK has no responsibility for the monuments from the socialist period. No one has, because, legally, they are not monuments.

Dollani wanted quickly a list of the “ten most important” so she could get started. To no avail, I explained to her that it was more complicated than that. She didn’t care, and wrote down every single one I mentioned. The one of Qemal Stafa, she thought, would be a good one. Everyone loves Qemal Stafa.

Today and tomorrow, Albania celebrates its independence and liberation. It does so in front of two national monuments: the Monument of the Independence in Vlora, designed by Kristaq Rama, Shaban Hadëri, and Mumtaz Dhrami (ALS-467), and the Mother Albania sculpture in the National Martyrs’ Cemetery, designed by the same trio (ALS-14).

But Mother Albania is no longer her old self.

Like many other lapidars and monuments in Albania, she has been “restored.” I write “restore” here between quote marks, because for the Albanian government, to restore a monument very often means to just paint it white (the front, not the back – no one will look at the back).

Like all the other projects started in some mythical, joyful past under the banner of “urban requalification,” the only act of restoring that seems to be imaginable for our decidedly unimaginative leaders is to slap some paint on a façade. It worked then, so it must work now, they must have thought.

A shocking example of this mindless policy is the destruction of the beautiful star-shaped monument for the First Brigade in Pishkash (ALS-38), originally sculpted from local natural stone. The different shades of stone, enhanced by the intricate bas-relief cut into it, harmonized beautifully with the greenery around it. It was a monument unique in Eastern Europe.

Its front was “restored” somewhere in late 2014. What could have been a veritable tourist attraction on the road toward Korça, is now nothing more than a giant, flattened-out and out-of-place star-shaped white stain.

Similarly, Mother Albania used to exhibit different and complex shades of concrete, in harmony with the beige marble of the pedestal. Thanks to the visionary intervention of the government, she has been simplified with a thick layer of white paint somewhere in 2015.

On November 29, the son will stand in front of the father’s work for the fourth time as head of the government. What of his father’s history was there to whitewash, to simplify, to cover up, to hide – to sell to the world as seemingly brand new?

Together with the recent opening of Bunk’Art 2, another cheap attempt to repackage history, these are not questions that are easily brushed aside. Because they precisely go to the core of how Albania deals with its independence, its liberation, its past and therefore its present. These questions are about the constant risk of history repeating itself – no matter how much paint is put on it.