Ministry of Health Announces Another 105 Million Lekë Tender with Trimed 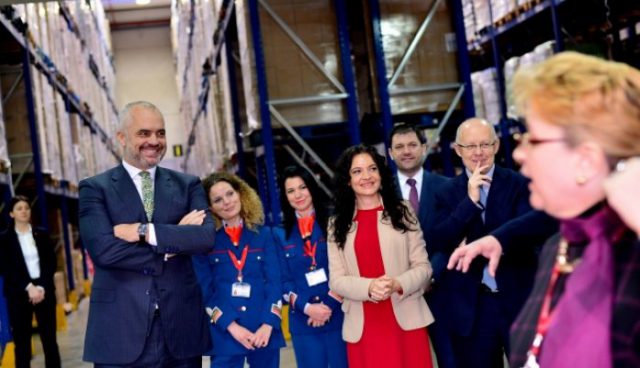 Medical company Trimed shpk has recently won a tender of the Ministry of Health for the furnishing local hospitals with orthopedic equipment and prostheses at the value of 105 million lekë (~€772,000). Trimed has been implicated in the corruptive tender of the free health check-up, for which the Democratic Party (PD) has filed a lawsuit against Minister of Health Ilir Beqaj.

As in the tender from August, only Trimed qualified of the five competitors for the tender. In a pattern that has by now become familiar, the four other competitors failed to hand in a complete proposal.

Both the unnaturally high bids of Trimed on both government contracts, and the absence of any competition are both red flags signaling that these public procurement procedures do not fulfill their purpose of creating an open and competitive market in healthcare services.

According to data provided by Open Procurement Albania, nearly half of the tenders in which Trimed has participated had only a single competitor.

Trimed, which is owned for 50% by Vilma Nushi and for 50% by her sister, has seen a considerable increase in its payments from the government since Edi Rama took power. Payments to Trimed from public funds so far this year already amount to 124 million lekë (~€914,000).

The tender is part of a larger government program to provide free prostheses to its citizens, announced in August this year. Minister Ilir Beqaj recently explained the new investments as follows:

Since September 2016 we have started to furnish our hospitals with orthopedic prostheses. We started in the orthopedic service in the Medical Center of the University of Tirana (QSUT), the University Trauma Hospital, and the regional hospital in Durrës. Since we started we have been confronted with much more demand than initially predicted. As it seems there was a hidden demand that wasn’t registered in the waiting lists because, so it seems, citizens didn’t have money to buy prostheses. So we decided to finance prostheses also in other hospitals, to shorten the waiting time.