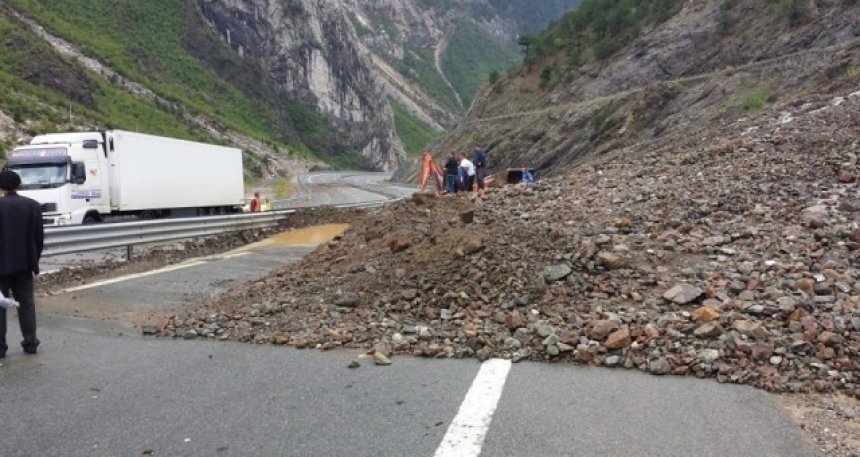 Last week, the Ministry of Transport and Infrastructure published the official “Selected Bidder Notice” confirming that the “Catalyst Consortium” has conclusively won the bid for the concession of the Rruga e Kombit from Milot to Morina, on the border with Kosovo.

If the Catalyst Consortium accepts the concession by December 7, this brings an end to long struggle of the Albanian government to find a company able to exploit the most expensive infrastructure project ever built in Albania, which is not even finished.

The Rruga e Kombit started with a feasibility study of the World Bank back in 2003. According to numbers from Open Data, the infrastructural project cost from 2006–2010 98.7 billion lekë (~€729 million), causing a considerable increase in the Albanian public debt.

Members of the then opposition accused former Minister of Public Works and Transport from the Democratic Party (PD), current opposition leader Lulzim Basha, of abuse of office related to the tendering out of the construction of the road to construction company Bechtel.

The first part was inaugurated in 2009 by former Prime Minister Sali Berisha, whereas the final part was opened in 2011. The road, however, was never completely finished, with multiple segments consisting of only two lanes instead of four, and several viaducts incomplete.

The idea to privatize the Rruga e Kombit was floated in 2012 in order to finish the road and pay for its maintenance through a toll system. The first tender for the maintenance of the Rruga e Kombit was opened in February 2012. Former Deputy Minister of Public Works and Transport Ernest Noka predicted that the contract with the winning company would be signed in January 2013.

At the request of the Albanian Road Authority (ARrSh) the International Financial Corporation (IFC) made a study of the situation and suggested several changes in the tender to make it more attractive.

In January 2014, the new Minister of Transport and Infrastructure Edmond Haxhinasto from the Socialist Movement for Integration (LSI) announced that the Rama government was preparing a new concession for the Rruga e Kombit that would open in the summer of 2014. In November, Minister Haxhinasto claimed the procedure would be closed before the end of the year. This, however, never happened.

In February 2015, Minister Haxhinasto stated that the tender procedure had not been opened because of legal changes that needed to be implemented beforehand, and suggested that on March 23 the tender would be officially announced for a maintenance of 35 years and a toll of no higher than €5.

On November 10, 2015, Minister Haxhinasto announced that there were two companies interested in the concession. The Chinese bidder was China Construction Communication Company Ltd, which proposed a government subsidy of €10.4 million, whereas the Turkish bidder, a consortium of Vendeka Bilgi Teknolojileri Ticaret Ltd and the Albanian company Salillari, requested €12.3 million.

On December 22, 2015, General Secretary of the MTI announced that the offers of the two bidding consortiums had been too high and that the consultant IFC had advised against accepting either because the offers were unprofitable.

What is curious, and perhaps explains the later outcome of this fourth (and successful) tender, is that the Albanian company Salillari moved its allegiance from the Turkish to the UAE consortium.

Briefly after, on September 2, Minister Haxhinasto resigned because of “electoral engagements.” His resignation is generally interpreted as the result of government-internal struggles over the Rruga e Kombit tender, in which Haxhinasto unsuccessfully tried to resist the influence of those cabinet members close to construction company Salillari, which in the last years has received numerous lucrative government projects.

2022 Bumper Year for Foreign Tourists and Investment in Albania
Big Lack of Drugs for Rare and Serious Diseases in Albania
Energy Price Increase Approved, In Force from 1 October