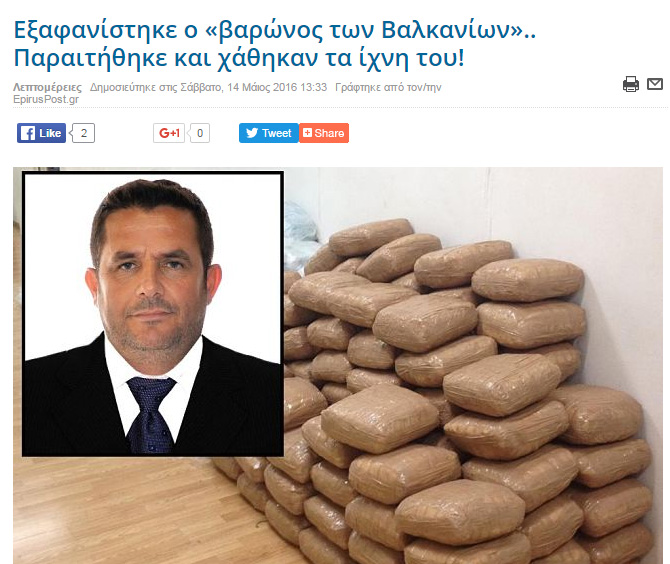 Television channel Top Channel reports that on November 12 the Greek government sent the Albanian Ministry of Justice a 10,000-page criminal dossier on former Director of the Road Transportation Directorate in Saranda Kelmend (or Klement) Balili.

This is the second time that the Greek authorities send a dossier containing facts and witness reports on murder, drugs, and human trafficking related to Balili to the Ministry of Justice (MD), headed by Minister of Justice Ylli Manjani from the Socialist Movement for Integration (LSI). The first time, the dossier wasn’t forwarded to the Prosecution because the MD was unable to find a translator from Greek to Albanian.

This time, the Greek authorities translated the dossier by themselves to avoid any delay from the MD in forwarding it to the Prosecution. Official sources within the MD have affirmed that the dossier will be handed over this morning.

Kelmend Balili escaped from Albanian in 2016 after the Greek police issues an arrest warrant. Together with the US DEA and their Albanian counterparts, the Greek police had investigated Balili for years in relation to the drugs trafficked by the criminal organization he was suspected to direct.

During 2014–2016, the Greek, Bulgarian, and UK have confiscated about 3.4 marijuana and 23 kg of cocaine trafficked by Balili’s organization.

Balili’s criminal operations over the years have been silently passed over by a long list of Albanian institutions, which have failed at any point to intervene: