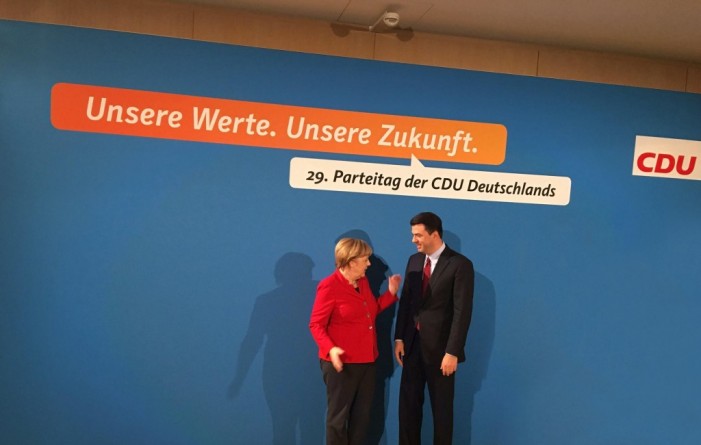 Opposition and Democratic Party leader Lulzim Basha has met German Chancellor Angela Merkel during the party congress of the Christian-Democratic CDU in Germany.

I thanked Ms. Merkel for her help to Albania and expressed the need of our country for German support, not only for the integration into the EU, but also to fight crime, corruption, and to guarantee the democracy in our country.

Basha also confirmed that Chancellor Merkel has expressed her full support for Albania.

The opposition leader had traveled to Germany on the invitation of the CDU. During the congress, Chancellor Merkel won another two-year mandate as party leader.