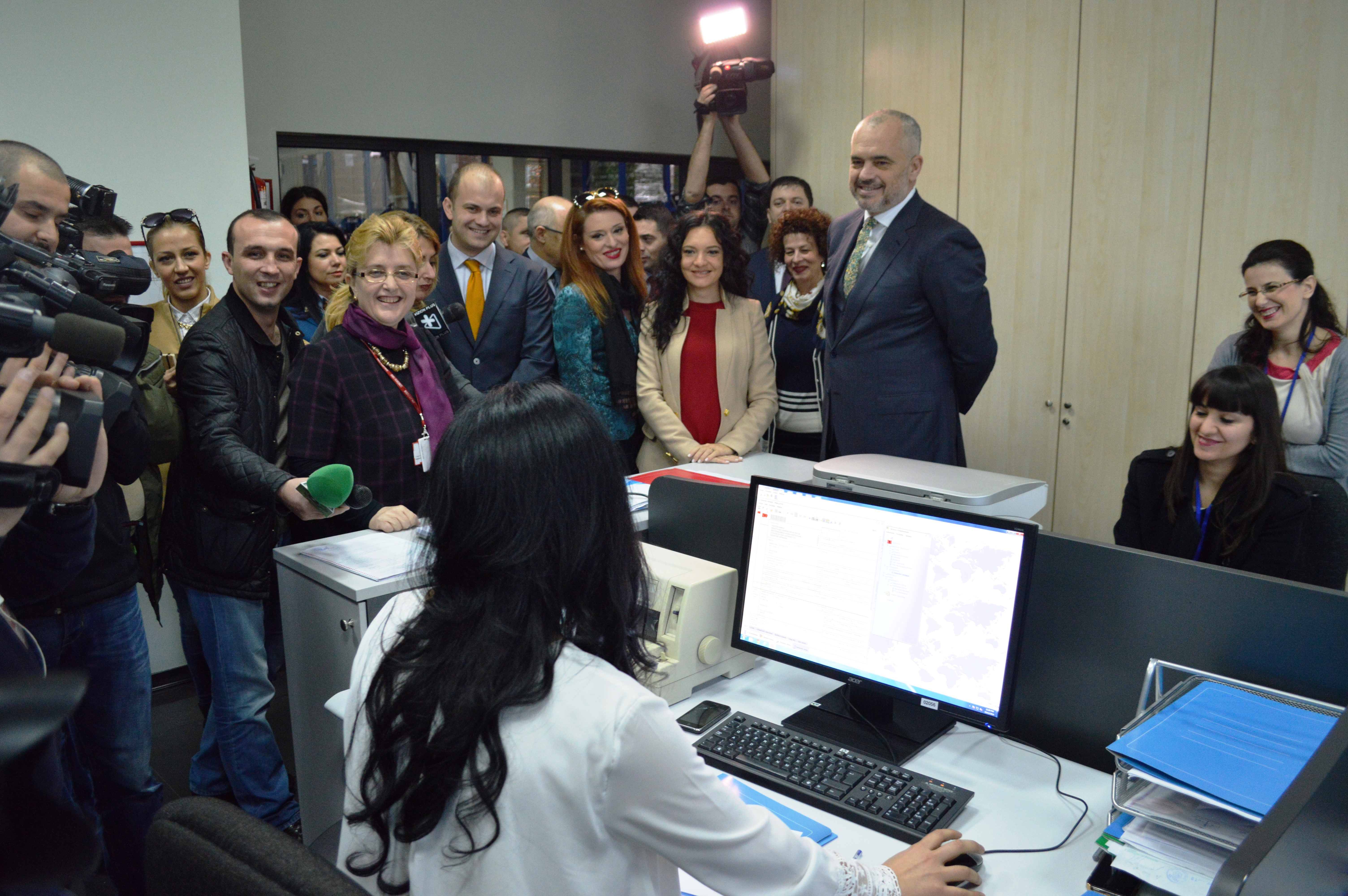 Marketing & Distribution shpk of businesswoman Vilma Nushi is one of the companies profiting most from the healthcare concessions of Minister of Health Ilir Beqaj. Her company is one of the main partners involved in the “free” healthcare Check-Up concession of 730 million lekë (~€5.4 million), which it was awarded on October 27, 2014.

But before becoming involved in this national healthcare tender, Marketing & Distribution was particularly successful in invoicing the Rama government for office supplies.

Investigations into the government’s spending pattern after the elections of 2013 reveal an enormous spike in office supplies payments to Vilma Nushi in the second half of 2014 (fig. 1), just around the time she received the Check-Up Falas concession. What can be noticed is that before the arrival of the Rama government, Vilma Nushi was no established supplier of such materials.

Zooming in on the years 2014 and 2015 clearly shows that the peak of government payments for office supplies coincides precisely with the month in which Marketing & Distribution received the seemingly unrelated Check-Up Falas concession (fig. 2). Before July 2014 and after September 2015, Marketing & Distribution is no important player in the office supplies playing field.

So the main question remains, how is it possible that suddenly, in the summer of 2014 the entire government became interested in buying paper, staples, and printer toners from Vilma Nushi?

All of these supplies are supposed to be tendered out through a public procurement process, and it seems impossible that during that summer Marketing & Distribution suddenly beat her competitors at every single tender. But that’s exactly what the spending data of the Albanian government tell us.