Minister Beqaj Tries to Hide Yet Another Healthcare Concession 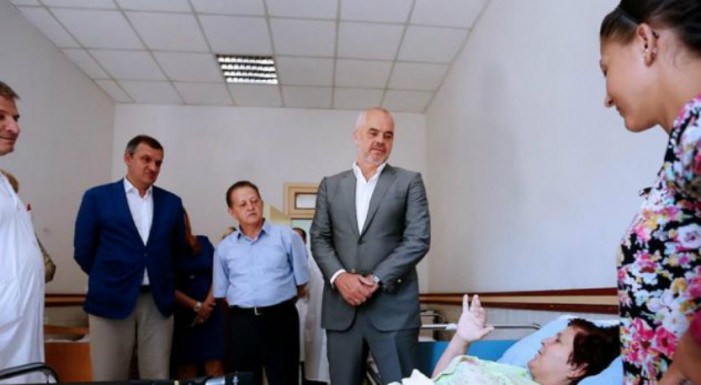 The government will give all analytic – biochemical, clinical, and microbiological – laboratories of all 18 public hospitals in the country with concession.

Just like all the former concession, the Ministry of Health (MSh) has not disclosed any information or any procedure related to the drafting of this new policy, or its practical implementation.

However, the draft budget of 2017, several brief media declarations of Minister of Health Ilir Beqaj, and a confidential email sent by the Ministry of Health, reveal an important aspect of this next healthcare concession.

The draft budget of 2017 includes a post called “offering of hospital laboratory services,” at the cost of about €7 million.

The government has referred to this as a public-private partnership (PPP), although this is fact a concession; the private operator offer a “free” service to the citizens, for which it will be paid with fixed tariffs by the government through the Mandatory Health Insurance Fund.

Opposition deputies in the parliamentary healthcare commission have confirmed that this concession has never been on the table before.

In response to the opposition’s requests for explanations and transparency, Minister Beqaj has given a few brief answers without any details regarding the concession that his ministry will tender out in the coming weeks.

Nevertheless, the few comments he made are contradictory, casting serious doubts on the project as such.

On December 5, Minister Beqaj stated in the parliamentary healthcare commission:

We have asked the [International Finance Corporation of the World Bank (IFC)] to study the feasibility of the administration through a private-public partnership of the laboratory services of the 5 university hospitals in Tirana, 11 regional hospitals, as well as those in Lushnja and Saranda.

Asked by commission members about the feasibility study, Minister Beqaj refused to give any further details, stating it hasn’t been finished yet.

However, later declarations of the Minister about technical details related to the employees of the laboratories, and the reservation of €7 million in the draft budget for next year, both indicate that the IFC feasibility studies has been finished, but that the government doesn’t want to make it public.

Moreover, Minister Beqaj revealed that the MSh possesses quite precise knowledge about the details of the concession. A few days ago, he confirmed that

In those 18 hospitals there are about 420 employees that offer this service, of which 80 are doctors and chemists. Those will continue to be employed by the public hospitals, while the rest of the personnel will be employed by the operator that will win the tender.

According to a confidential email in the possession of Exit, sent on November 10 by the MSh to the 18 hospitals, requesting a detailed overview:

The aim of [this] presentation from the side of the hospitals of this materials is the opening of the concession procedure for the laboratories of the 18 hospitals by the MSh with consultancy of the IFC.

So it is clear that the IFC’s feasibility study has finished, and that no matter its outcome the MSh was already planning in November to start the concession procedure, which will cost the public €7 million.

In total, the four healthcare concessions, including also the free healthcare check-up, sterilization, and hemodialysis, will cost at least €30 million per year.

The government’s decision to give the hospital laboratories with concession raises a large question mark about a previous concession, which has been shrouded in clientalism and corruption.

The concession contract for the free healthcare check-up (Check-Up Falas), won by Trimed shpk, included the construction of 20 biological and chemical laboratories.

However, until now only three of such laboratories have been built, even in unsuitable areas, and Trimed has subcontracted already existing laboratories, openly violating the conditions of the contract.

It wouldn’t be surprising if the same company, or a company related to it, would win the concession to operate those yet-to-be-built laboratories.