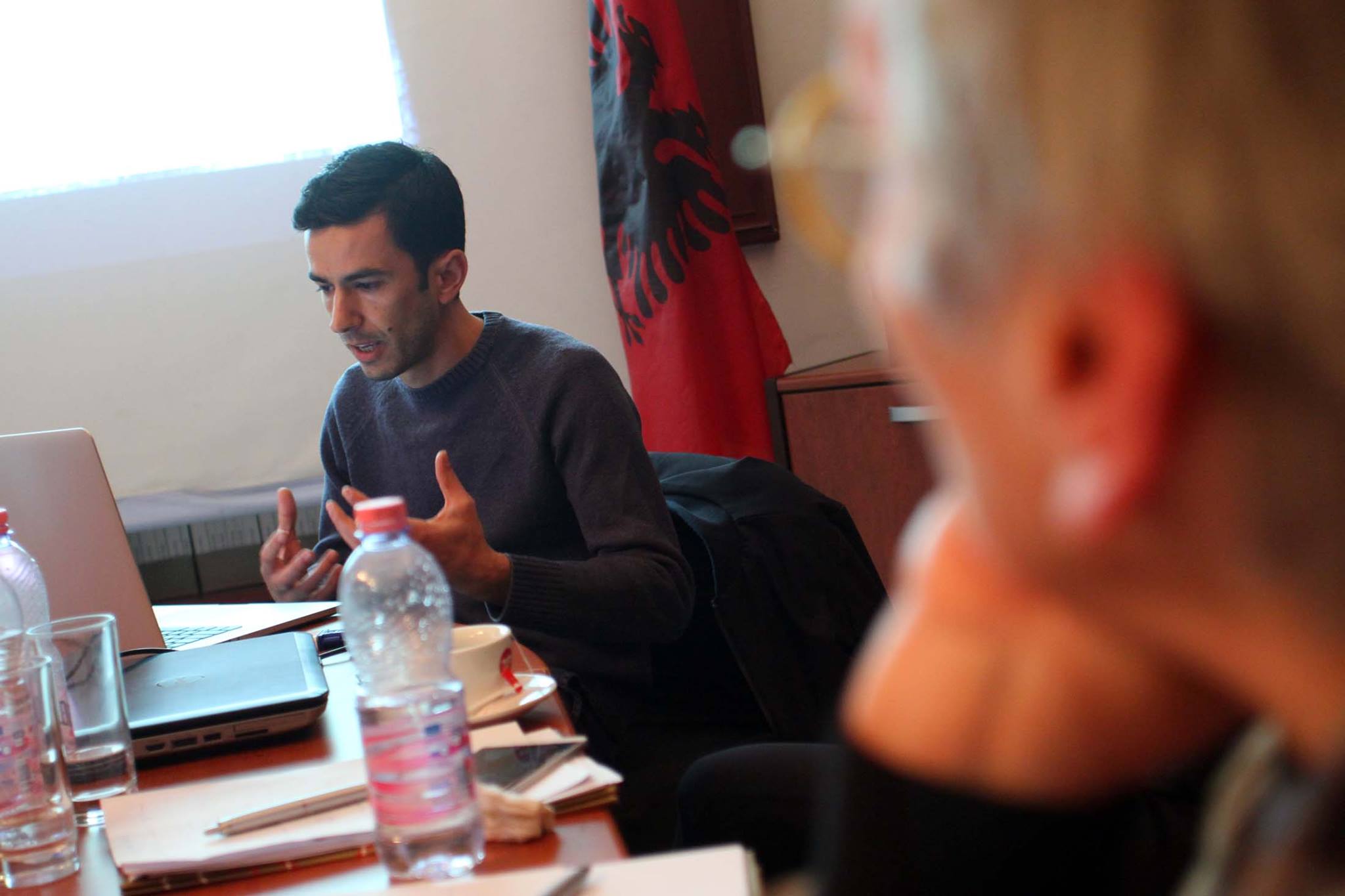 Artist Leonard Qylafi and curator Vanessa Joan Müller will represent Albania at the 57th Venice Biennial with the project “Occurrence in Present Tense.”

After an open call organized by the Ministry of Culture, the project of Qylafi and Müller was the selected by an international jury consisting of Marco Scotini, curator of the previous Albanian pavilion; Flaka Haliti, who represented Kosovo at the previous Venice Biennial; writer Eleni Laperi; and art theorist Gëzim Qendro. The jury was headed by Julia Fabenyi, director at the Ludwig Museum in Budapest.

Fabenyi, a relatively unknown curator, is generally considered to be a political appointment of the xenophobic, right-wing government of Viktor Orbán. Her appointment was met with protests from the Hungarian art scene. Fabenyi previously collaborated with the Ministry of Culture on an exhibition exchange between Hungary and Albania.

According the project description Qylafi and Müller’s proposal for the Albanian pavilion revolves around the concept of translation:

How are personal experiences shaped by a country’s official image of the past? How do these images change and where do they blur? Leonard Qylafi’s paintings, some of which will be produced specially for the exhibition, highlight the fragile status of the image as a container of the past.

These paintings will be presented alongside selected books that point to the artist’s personal struggle to become an artist and the role that art played in Albanian society now and then. How do ideas and knowledge affect the intellectual and cultural understanding of oneself? How do they shape the “reading” of present and past filtered through an ongoing stream of images?

Qylafi’s work is currently exhibited in the National Gallery of Arts, for the exhibition Onufri XXII – Stranger Than Kindness, curated by Fani Zguro.

Public Procurement Commission Refuses to Consider Complaint of Companies who Bid for National Theatre Design Tender
Amount of Waste Produced by Albanians Decreasing, but 80% Goes into Landfil
Albanian Patients at Disadvantage Due to Lack of Access to Clinical Trials