Why China Doesn’t Invest in Albania 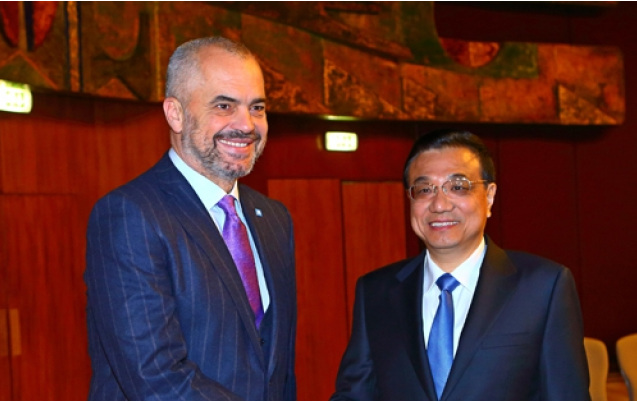 According to Philippe Le Corre, one of the key moments that boosted Chinese investments in Europe was the 2008 financial crisis, when the Chinese government started to buy eurobonds and to invest in infrastructure projects—such as the port of Piraeus in Greece, which is currently nearly completely owned by the Chinese company COSCO.

The bad economic situation in Europe opened up more opportunities to the Chinese. During the collapse of the “old” continent, China experienced double-digit growth, reaching a peak of 14.4 per cent in 2007.

According to Baker & McKenzie and Rhodium Group, the Chinese investments in Europe grew from $6 billlion in 2010 to $55 billion in 2014. Some of the companies active on the European market are COSCO, ChemChina, and Dalian Wanda.

Some of the reasons that Chinese are attracted to Europe are:

Will Chinese investments come to Albania?

In a Forbes article from May 2016 fully dedicated to Chinese investments in Albania, the country is described as one of the newest “magnets” for China in Europe. And for a relatively long time, Albania has enjoyed good diplomatic relation with Chinese.

But is it true that Albania indeed is a magnet for Chinese investors?

For a long time, there has been a discussion about a Chinese investor that would construct the Rruga e Arbrit connecting Tirana with Skopje, the China State Construction and Engineering Company (CSCEC), a company created in 1957 that is known for its large international infastructural investments in Asia, Africa, and the Middle East. But late October the news arrived that the CSCEC had withdrawn from the construction project, and that it would be built by another company, Gjoka Construction.

From the other side, the Chinese company China Everbright would buy the airport of Tirana. But only early November 2016 it became clear that the new and only owner of Tirana airport would be Real Fortress Private, a company created on June 22, 2016.

One Belt One Road

At the moment, the largest political-economical project of China is “One Belt, One Road,” a project to create the “Silk Road of the 21st century,” stretching across sixty countries and encompassing a market of 4.4 billion people and an economical value of $21 trillion.

Also Albania is on the list of countries that participate in this large project of the Chinese state. In this project, the Balkans and Albania are certainly the bridge that link China with Europe.

Although it seemed that Chinese investors were interested to reinvest in the country, it is clear from the cases discussed above that Albania is not considered a large enough market. So even if they come, they will invest little or pull out at the last moment, just like the CSCEC.

The ports of Durrës and Vlora don’t have the commercial volume or strategical importance of the port of Piraeus and has nothing to attract an investor.

And finally, Albania has not been able to attract any serious investor, from China or elsewhere, because of its unsustainable fiscal politics.