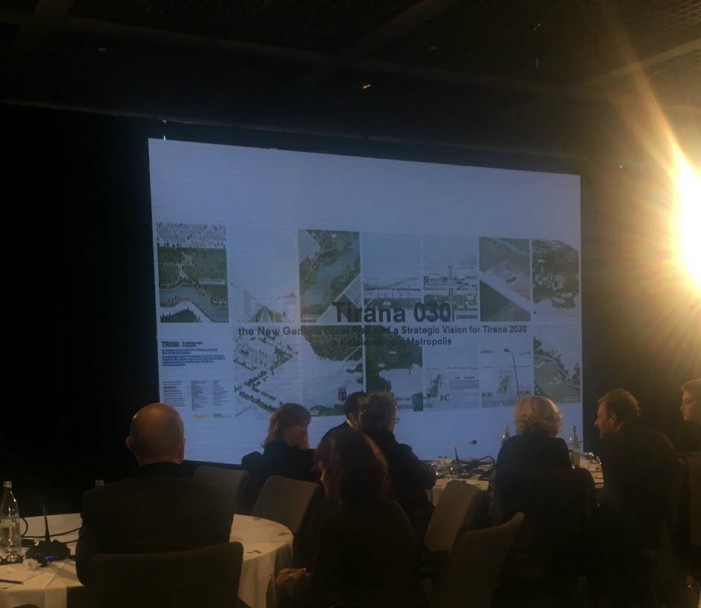 Although the members of the municipal council are the representatives of the citizens of Tirana, Mayor Erion Veliaj treats them even worse than his own employees. In fact, he unashamedly mobilizes his employees to mock and manipulate them.

As we wrote yesterday, the council members were called last week into two public hearings to discuss the new general local plan of Tirana, also known as the Tirana 2030 Masterplan. The way and manner in which these meetings were announced, as well as the way in which they were held, are not only in violation of the law on public hearings, but also make a mockery of the elected representatives of the citizens of Tirana.

First, the announcement was made in violation of the law, which mandates an announcement of the hearing and publication of all the materials at least 20, but in this case arguably 40 days, in advance. Instead, the hearing was held at a 48-hour notice on a bank holiday.

The website of the municipality stated that the location of the hearing was the UNESCO hall of the National Historical Museum, while in fact it was held in the Plaza Hotel, the official hotel of the government.

Initially, media were not allowed to be present at this public hearing, with the organizers trying only select journalists close to the government. Only after a long and persistent argument, several of the representatives of citizens’ organization and other civil society groups were allowed in the meeting.

The council members were not only deprived of the actual masterplan ahead of the meeting, even during the meeting no materials were distributed.

And finally, after finishing his opening speech, Mayor of Tirana Erion Veliaj left the hearing with the excuse that he had to go to the municipality for a celebration – right at the moment that council members of the opposition wanted to question him about this illegal state of affairs.