A Race with Zero Conditions for the New Party Leader 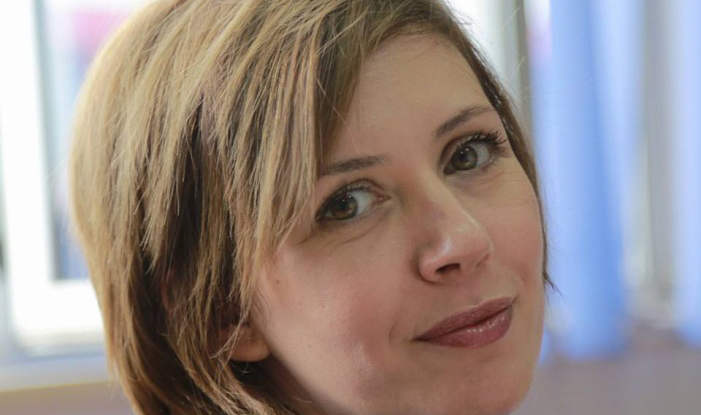 This is not the first time that the Democratic Party organizes a real race to choose its leader. This is a well-known event for everyone who has been at least once inside the party. It lacks, in all honesty, the charm of four years ago, when Sokol Olldashi, right after the general election loss, possessed a willingness to lead the democrats with energy, passion, and desire. He was a true competitor, who launched a race without conditions.

Some of his colleagues or friends were not even on his side. Cringing from the “stare” of the Doctor, they were afraid of meeting and having coffee with Olldashi. However, he pursued the race until the end, he didn’t withdraw even with all the obvious irregularities, he didn’t get mad with the party but built a strong opposition instead, one which will be missed in Albania for a long while.

Four years later, when the race is just beginning, the only legitimate contender of Basha is Patozi, and it appears that his group holds greater and broader support compared to the last challenge.

There is a bigger group of dissatisfied Democrats that support the duo Topalli–Patozi. There are simple Democrats among them, people with right-leaning values, who are convinced that a new leader is needed in the party. One of them is the offspring of a family that holds dear many values, and the one and only representative of the former persecutees; he is called Tomorr Alizoti and his arguments generate respect.

Furthermore, he was seen in regular meetings with Democrats and former persecutees, who were forgotten during the eight years of PD’s government. In the anti-Basha group there are people who enjoyed the fruits of power, while the former persecutees were in and out of strikes. These people were not satisfied with own payrolls but took greed to extremes, and today they don’t even know the whereabouts of their bank accounts.

Currently, these people are the most aggressive of them, they were silent during four years in opposition, in parliament they were just spectators, while spending their nights as guests in the prime minister’s villa. These former administrators earned their positions from Berisha, and for four years, coming in and out of embassies’ headquarters or in Brussels, they were confused whether they were representing PD or PS in these meetings.

The list of people against Basha is made up of those in PD who have profited from its power only because they were and still are friends of Berisha’s children. Today, they raise their voices speaking for Lulzim Basha’s family influence, as if they weren’t the ones who benefited using the name of Gita or Zenit. Their arrogance pushed away many democrats, while all their cared for was a personal war.

Four years ago, when PD’s race was happening, none of them were active on the status, rules of the game or PD’s database. Today they are together not for shared “love” or respect. Whoever knows PD well would know that Topalli and Patozi are only recently talking among themselves, after many years of standoff.

The hatred of friends and acquaintances of Doctor’s family or even Topalli and Patozi was turned into a joke going around among members of PD. Some could think that the reason they joined forces, is that they want to rescue and revive the Democratic Party. But, at a closer look, it isn’t like that.

None of the names in the group supporting Patozi and Topalli were ever active during the opposing of the last four years. Both of them, were limited in the support they showed for the Tent of Freedom, considered the only serious opposition action. They weren’t even involved in the campaign. The skeptics reason that they worked against PD, thinking of the tracts that were put up in PD’s headquarters, one could reason, without a doubt, that the intellectual level is not only missing, but also ridiculous.

This group of people, united in opposition against Lulzim Basha, use a harsh language with the frozen leader and his family. Have you ever heard them mention the family of the former leader, in public? Twelve years ago they were the enemies whose names were whispered in meeting tables.

Have they ever uttered the sins of PD’s government, or the unfair amnesty Basha granted them for four years; or the malfunctioning of PD’s structures, for many years now?

No, they don’t speak about these, because they are the destroyers of democracy and participants in the ruin of the party. This process is certainly not four years old.

Lulzim Basha holds responsibly for the last ones, crucifying him is not the solution, and it isn’t the way to reform and broaden the party. If you exclaim to “drag” the leader of the party away from the office, no one will ever knock at the door of the party again. It serves this group right to say a few words regarding the former leader, too, besides just “assassinating” the frozen current leader.

They must muster up some courage and admit that their true battle is with Berisha. Sokol Olldashi, four years ago, did this on his own, with no laid out rules. Prior to mentioning acts and party’s regulations, let them admit that PD was never a regular functioning unit. It has never assumed power with heads of wings or wards but it has been triumphant only after its opposing spirit has crushed every hurdle presented by the opponent in power.

Unfortunately, grudges, bitterness, and jealousies only push the party away from democratic values.