You Are the State, Dear Prime Minister! 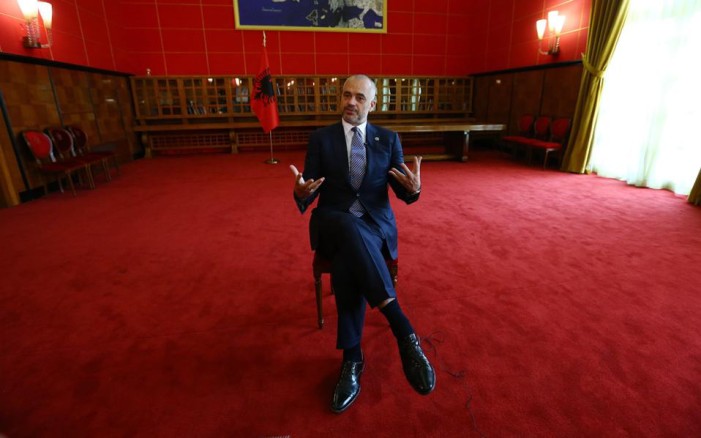 The Prime Minister has started to sidestep every law and institution created and approved during the last two decades. He treats laws as formal limitations that people don’t know about, an object of contempt for the lawyers of his court. Meanwhile, the media has another reason to be silent, choosing to overwhelm the public with gossip news in all colors of the rainbow.

If you are too lazy to file a complaint with the appropriate institution, you can wait for the next public hearing, where you will be able to even condemn your neighbors when they violate the rules of coexistence, a practice used during past years. If your boss harasses you in the office, you can join the unlimited virtual army, recruited and maintained with the discipline of the PR call centers of the Prime Minister’s Office, behind the mask of anonymity. Through its holes, you can gush all the bile against the hundreds of working hours you spent under your employer’s boot.

Certainly, this is the facade of a democracy that would be enviable even by Marx, were he to be alive today. Bureaucracies are game over, the state is erased, and everyone holds the right to tell on everyone else in front of the Leader that judges like a Sphinx during meetings he holds. Because dear Prime Minister, you are the state!

He has personalized the institution he represents in such a way that it has all the characteristics of an authoritarian regime, where the law and the institutions’ sanctity are crushed with both feet by a leader who now stands triumphant over the political circus, and the upshot of that is his dominant presence on every media outlet you can think of. Today, political arguments do not suffice anymore. His vocabulary has degraded political rhetoric in mediocre jokes and silly humor, rendering the mission of using arguments to defeat an anti-state and anti-democratic model basically impossible.

What kind of argument can you use with the Prime Minister when in conversations with citizens he asks them how they are doing with their cannabis or how their wives are doing? What political discussion can be shared with someone who has turned politics into the art of the mediocre deception of the public, produced in the media laboratories of “Renaissance.”

The desire to keep all power on his shoulders and the desire to have a monopoly over the country’s public and political life defines the politics of the Balkans, fostered in the real shadow of a dictator. Nevertheless, the responsibility is dangerous, because at the moment he has climbed onto the pedestal of leader who deals personally with people’s issues without needing institutions or alliances with parties of the “baking tray,” he holds a heavy weight by himself, because both the victories and the losses will be his responsibility.

The calamity that awaits us behind the door will not be all because of him, of course. One part will be the responsibility of the spectacular 27-year-old systemic breakdown, and another considerable portion will be the responsibility of the narrowness of political power, the sidestepping of institutions, people’s courts, and the propaganda posters.