The Dutch Warned Before about Illegal Immigration 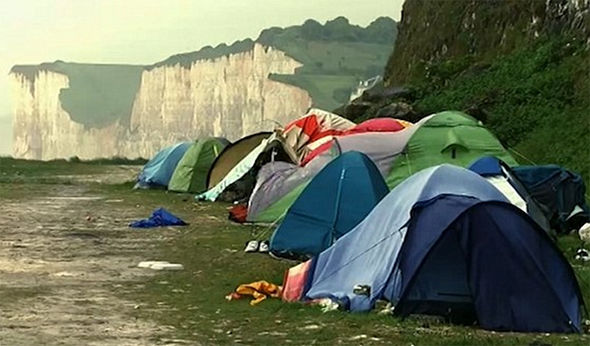 Albania is country with the highest amount of asylum requests in the Netherlands. Albanians also use the Netherlands increasingly as a transit country to illegally enter the United Kingdom.

Until May this year, around 440 Albanians have requested asylum in the Netherlands. This remains a high number even though it may end up being lower than in 2016. According to data from the Dutch government, in 2016 there were 1,700 Albanian asylum applications, whereas in 2015 there were 1,000.

Early August, several Dutch media reported that the Dutch harbors have seen an increase in the number of Albanians who try to cross the border and enter the UK. About 90% of the illegal immigrants found in Dutch ports are Albanian.

Faced with this situation, the Dutch government has undertaken several initiatives to stop the illegal immigration of Albanian citizens.

In April 2017, Foreign Affairs Minister Bert Koenders visited Tirana to discuss about immigration and the repatriation of Albanian citizens with his Albanian colleague Ditmir Bushati. According to a statement published by the Dutch Ministry of Foreign Affairs:

Albania really has to step up its efforts in the reform of justice and governance, the fight against corruption and organized crime and the protection of human rights. If these issues are not properly addressed, the Netherlands will not agree to the formal opening of the accession talks.

Just like the other Western Balkan countries, Albania is considered a safe country of origin, which means that its citizens are in general not eligible for asylum, and will repatriated if found out to overstay their visa. Repatriated Albanians are not allowed to enter any EU country for two years.

So it appears that Albanian illegal immigration has been on the Dutch agenda for a while, in spite of the recent denials of several government officials, including Minister Bushati and Director-General of the Border and Migration Aida Hajnaj. Both denied the seriousness of a memo drafted by the Dutch police and public prosecution advising a suspension of the visa liberalization program.