The Rigerta Phenomenon and the Stockholm Syndrome 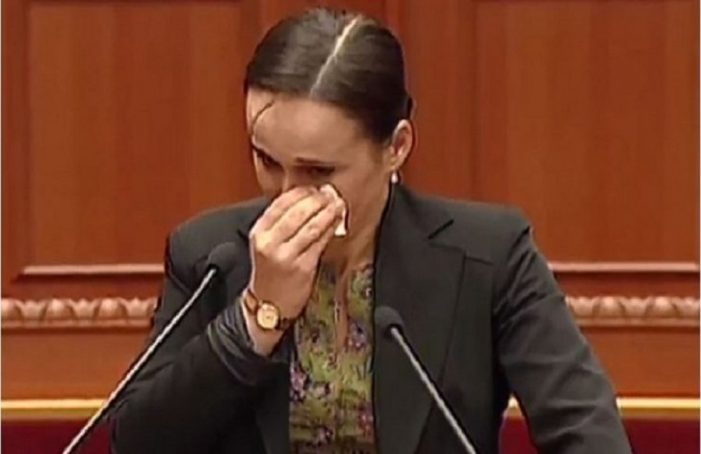 The constant ERTV transmissions and the daily media appearances by Mayor Veliaj are two examples showing that we have fallen prey to communication strategies, shaped and executed with meticulous care by the authorities. You can never be certain, when a political event becomes the object of broad discussions, that it is not orchestrated in the first place to eclipse scandals, failed policies, or the massive criticism against government policies. In the same scheme we should also see the speech of Rigerta Loku in Parliament, in what she proclaimed “The First Rural Parliament of Albania.”

Some prefer to bypass her personality in favor of focusing on her words, but as the saying of the famous Danish philosopher Kierkegaard suggests, “truth is not what we say, truth is a life.” So the said words must coincide with the actions of a human being. In this context, it is fair to consider the acts of Rigerta, not as those of a private individual, but of a public one, who pretended to have said some truths which includes us all.

While listening to the speech, motivated by the reactions in social media, I remembered hearing in the media several times about this woman who had finished La Sapienza with excellent results, and had returned to her village to manage a farm. The first time her story aired was in March 2015, at “Pasdite në Top Channel” where her story takes the same line, as of that seen in Parliament.

The television appearance in that time coincided with the  government-funded ad campaign promoting professional education. From the start of 2015 many public figures came out in support declaring the advantages of professional education and how overfilled as university degrees the market was.

The government strategy was to show that the job market lacked our personal sacrifice and love for country, because we are all pretentious, lacking qualifications and refusing the jobs offered at the Labor Office. And here there is a humble girl, who unlike the rest wasting their days in coffee shops, worked hard to get the best education and managed to succeed with excellent results. Nonetheless, she doesn’t seem to be frightened at all to transfer herself from Rome to her village, just to take care of some flock of animals and plant a few onions.

Rigerta’s story, no matter how truthful and admirable it may be, was used as a success story to justify the lack of proper policies related to the job market. The limited public profile of Rigerta has served to enforce a government strategy deceiving its own citizens. No one doubts the sacrifices she has made, nor the attitude toward her decisions, but I will just explain how a personal story is used to create a false public conciseness.

The speech in Parliament comes at an important moment. Prime Minister Rama, since the start of the second mandate, has declared his strategy to co-govern with the people, giving the idea that he is establishing a direct line of communication with them. What could better serve this farce than bringing into Parliament humble people, who with their simplicity, sacrifice, and truthfulness amaze us all.

A question arises, will the government allow a humble individual tell the truth? Doesn’t it deny this opportunity to almost all of us, in a way or another? Isn’t it the same Prime Minster Rama who laughed at the truths Shehaj said? Obviously, Rama is a careful reader of public perception and practically all his communication can be summed up in one sentence: he tells us exactly what we want to hear. By slipping ordinary people into Parliament, he feeds this idea of co-governing together with the people. In a way Rama is telling us that they are the only opposition he acknowledges. But does this hold?

Consequently, the question as to who brought Loku to Parliament remains a legitimate one. Let’s look at her words. Whoever is thirsty to hear the truth in Parliament, tired by political games and hearing the same politicians, who longer tolerates the theater played behind our backs, seems enthusiastic to hear from her the difficult conditions of village. There are no roads, no water, and people are leaving. But all these things, are known by all.

Can we pretend that we heard the truth, even if we didn’t see her for even moment point her finger to those responsible? Wouldn’t we feel all represented, if this humble individual, speaking in Parliament, equipped with a good education, would mention which policies have failed? Wouldn’t it be better, instead of cliches like roads, electricity¸ and water, to hear how the government doesn’t offer any preventative measure for sick animals, doesn’t ensure proper vaccination when diseases spread, as happened in August 2016 with the nodular dermatitis? That in rural areas, there is a lack of veterinary services in cases of emergency, lack of personnel, equipment, and specialists? That the farmers aren’t offered the proper information about the use of chemicals and pesticides, and completely lack control over their overuse? That, although they pretend to develop rural tourism, nothing is done to preserve bio-diversity, natural landscapes, or the identification of rural national values?

That the assistance programs are conducted with no clear procedures, without offering information, being very limited and distributed based on family connections? That nothing is being done to encourage the use of technology in agriculture? That the food safety inspections in slaughterhouses are done unexpectedly with the aim to give fines a few days a year? That the construction of hydropower plants or other projects, with catastrophic consequences for environment, are compiled by non-experts or bought by the government? And many other similar cases.

These are the real problems of rural areas, but also tangible and specific government policies that have failed to address the issues as promised. The reduction of such problems to roads, water, and electricity, problems articulated for over 27 years, diffuses the responsibility and doesn’t blame the government, which has been for the last 4 years accountable in that Parliament.

That’s why Rigerta is not a person, but a phenomenon. The phenomenon of people, simple or with a position, who, although they have a good education and managed to build successful enterprises, stretch their hand to government as soon as it flatters their ego. The same government that denies some opportunities and has sabotaged others, is given a helping hand to justify its failures and safeguard its power. This sort of Stockholm Syndrome is everything that is not right in our country. It starts from buying public support by famous people who advertise government initiatives all the way to the “buying” of humble people by offering them a moment of attention. A small personal act, with grave consequences for the whole society.

“The village waits to be reborn. This is what the village awaits!” – she said at some point.