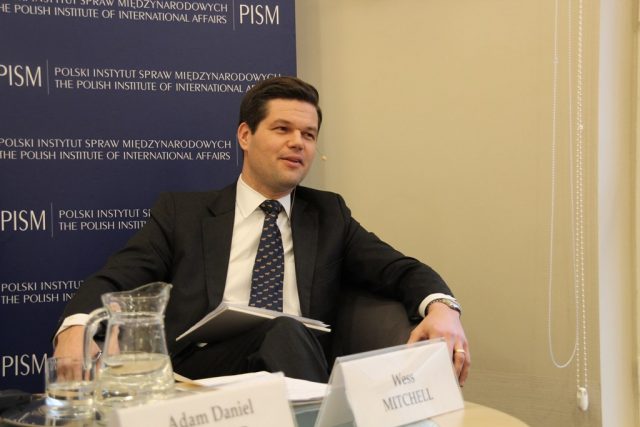 Wess Mitchell, co-founder of the Center for European Policy Analysis (CEPA), has been confirmed by the US Senate as the Assistant Secretary of State for European and Eurasian Affairs. President Trump announced the nomination of Wess Mitchell on 20 July 2017.

He will replace Victoria Nuland, who held this position in the administration of the former President Barack Obama. The position has been vacant since January 20, 2017, when Nuland, along with other top State Department officials, was told to leave the post. A list of countries covered by the office includes a number of states in potential conflict areas, such as the Balkans and the Caucasus. So far, the duties of Victoria Nuland have been assigned to Brian Hoyt Yee, Deputy Assistant Secretary for European and Eurasian Affairs, largely in charge of State Department policy in the Balkans.

Mitchell, who is described as an expert on NATO and the transatlantic relations, co-founded CEPA in 2005 and has been its president since 2009. He earned a B.A. from Texas Tech University, a M.A. from Georgetown University School of Foreign Service, and has recently completed a Ph.D. at Freie Universität, in Berlin, Germany. According to CEPA website, he served on the national security team for the campaign of the Republican candidate Mitt Romney during the 2012 U.S. presidential election. He is known for his tough stance on Russia, which he calls a “revisionist country”.

Athens and Prishtina Discuss Energy Cooperation
Serbia is of No Threat to Anyone, Says Defence Minister
Albanian Party Leader Calls for Recognition of Bulgarians in Constitution