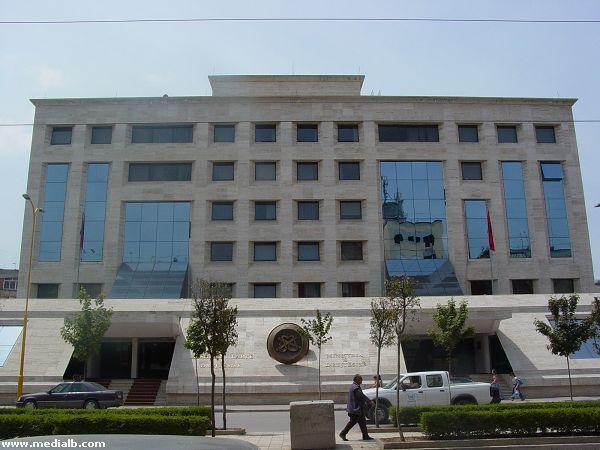 With the confirmation of Teuta Vodo and Toni Gogu as Deputy Ministers of Justice, Prime Minister Edi Rama has handed over the Ministry of Justice to a team of people not only lacking serious experience in the judicial system, but also curiously explicit in their religious convictions.

Already the nomination of political lightweight Etilda Gjonaj, who has been only a few months Deputy Minister since May until September, and has as only relevant experience a previous function as commissioner at the Office of the National Ombudsman and project manager at the Albanian Helsinki Committee, raised the eyebrows of many political observers. During the first Rama cabinet, the Ministry of Justice was ruled by the LSI, which appointed subsequently Nasip Naço, Ylli Manjani, and Petrit Vasili, all with experience in the juridical or political field.

The only one truly enthusiastic about Gjonaj’s appointment was US Ambassador Donald Lu, who addressed her in a congratulatory letter even before she was confirmed as “minister-elect,” a nomination that has no value in Albanian law.

What is even more remarkable is the Minister Gjonaj will be supported in her work by two Deputy Ministers with an even more questionable background. One would think that someone like Julian Hodaj, former employee of the OSCE, and former director at the Ministry of Justice would be a better addition to that Ministry. Instead, he was appointed Deputy Minister of Interior. This gives an indication of the relative unimportance of the Ministry of Justice in the Rama 2 government.

Rather than specialists in the judicial reform, Minister Gjonaj will be supported by Deputy Ministers Teuta Vodo and Toni Gogu, who both are explicit about their activist evangelical mission in the world.

Toni Gogu is an evangelical pastor and executive director of World Vision Albania, “a Christian Relief, Development and Advocacy organization.” According to an interview from 2012, Gogu’s dream is to “shape public policy with the Gospel”:

It was at this stage of his working life that he happily reached the end of a struggle that he had been having. The foreign missionaries who helped Albania kickstart its evangelical church movement in the 1990s had seemed to emphasise that you had to do God’s work through the existing Church – ideally as a member of the clergy.

But having seen from his own perspective some shortcomings of ‘conventional’ churches – specifically their apparent inability to reach out to young professionals – Toni concluded that he was being called to serve God in his secular job. […]

“My dream job,” he says, “would be in helping to shape public policy in Albania with the Gospel,” he says.

An example of how Gogu has shaped Albanian public policy with the gospel has been his post as director of the Juridical Department of the Bank of Albania under Governor Ardian Fullani, under whose regime corruption was wide-spread.

For example. in 2010 the Bank of Albania acquired through a questionable deal the derelict Hotel Dajti from the Berisha government for €30 million. Another scandal exploded when it turned out that $7.2 million had been stolen from the bank’s funds. Even though arrested in 2014 and held responsible for the disappearance of the money, Fullani was later acquitted in court. Two of the five accusations of abuse of office lodged against Fullani related to the failure to take appropriate legal measures to guarantee proper procedures in the bank, legal meausures that should have come from Gogu’s department. No one has been convicted for the theft of the money, and Gogu – ironically – became General Director of the Deposit Insurance Agency.

As regards his political convictions, Gogu claims that he will bring a “Christian influence” to Albanian politics:

Asked if he would consider entering politics, he answers, “Not now,” a reply perhaps calculated to leave the door open for the future. “There is a lot to be done in terms of the putting the Bible into the context of sport, art and politics,” he adds, “and Christian influence in the sphere of politics is beginning in Albania.”

It should be noted that according to the Albanian legal system, the Bible holds as much value as a supermarket brochure.

Teuta Vodo has a background as a policy researcher at the European Christian Political Movement (ECPM), consisting of MEPs that are part of the European Conservatives and Reformists Group (ECR) in the European Parliament, which aims at dissolving much of the EU’s powers back to the member states. The MEPs of the ECPM say that they promote “Christian values in Europe.” For example, MEP Branislav Škripek traveled Slovakia with the “Campaign for Jesus,” while MEP Bas Gelder is member of a Dutch fundamentalist Christian party that prohibits women from participating in elections. These are the people Vodo supposedly advised on “policy.”

It is unclear how two Deputy Ministers of Justice with such an activist evangelical background can be expected to hold up the laicity of the Albanian state as enshrined in the Albanian Constitution. And without the guidance an experienced minister could give, it appears that the Ministry of Justice will further sink away into irrelevance, while the real decisions and policies regarding the judicial system and its far-reaching reform will be made by the Ministry of Interior, which is run by a former communist judicial officer.