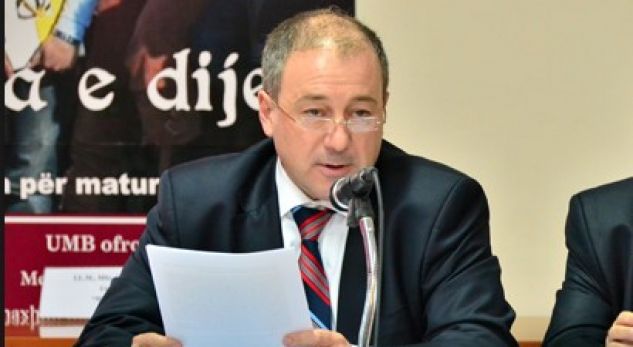 Parliament has announced today the lists of qualifying candidates for the 2 positions available to university professors in the High Juridical Council (KLGj) and High Prosecutorial Council (KLP), two new top-level institutions in the justice system envisioned in the judicial reform.

The role of the two seats reserved to law professors in the KLP and KLGj is to bring the frontlines of the scholarly debate and knowledge of the latest developments in jurisprudence and legal theory to these important institutions. Unfortunately, the Parliamentary Ad-Hoc Commission has only been able, with few exceptions, to approve mediocre candidates, some of which are even involved in politics or business, against the advice implied in the evaluations of the ONM

Parliament has selected the following candidates for 2 positions in the KLP and KLGj each. For the KLP:

Not all qualifying candidates have received an unequivocally positive evaluation of the International Monitoring Mission (ONM), whose advice, however, is not binding.

For example, KLGj candidate Ilir Panda, even though he received the highest evaluation scores, was broadly mocked for the claim during his interview with the Parliamentary Ad-Hoc Commission that the most expensive item he owned was $70 fountain pen. Panda is a former Minister of Justice. Moreover, the ONM states that he failed to disclose his membership in the Board of Directors of Intesa San Paolo Bank in his application, and explicitly mentions his political past – which may influence his independence in the KLP. Moreover, his academic accomplishments have been “average.”

Another candidate, Gent Ibrahimi, who like Panda received the highest scores from the Parliamentary Commission, has also poor academic involvement in the past. According to the ONM,  Ibrahimi’s CV shows no teaching activity from 1998 to 2016, violating the requirement that candidates should have been teaching for at least 5 years. His CV is also unclear whether he has been engaged in any scholarly work at all. The Commission counters this disqualifying lack in experience by claiming that Ibrahimi has been involved as a trainer/expert in the Continuous Training Program of the School of Magistrates, “for which no academic title is required.”

As regards the scholarly achievements of the candidates the ONM has even less praise. Most candidates fail to clearly list their academic accomplishments, and if they did they were only average. The outliers were Maksim Qoku who has shown to be actively engaged in scholarly debates, and perhaps Eneida Sema, whose academic engagement “appears to be above average.”