How Transparent Is the Municipality of Tirana Really? 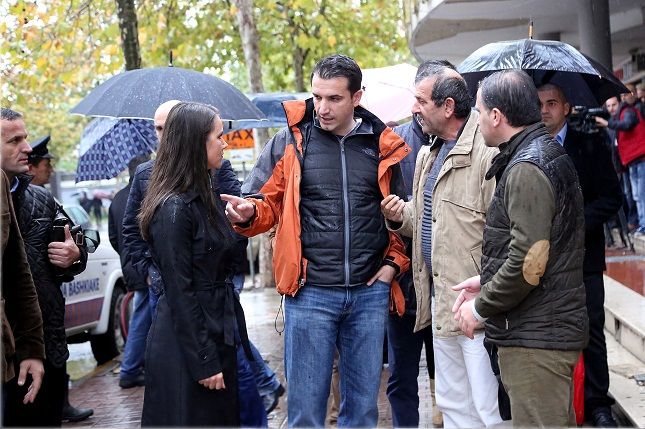 A few weeks ago there was a headline that the Municipality of Tirana had won the Transparency prize, after a detailed report about the legal implementation og the right of information conducted by the Center for Public Information (INFOCIP) with the support of Olof Palme Foundation and Swedish government had come out.

The report opens with an overview of the legal framework throughout the years, discussing the implementation of the Right of Information for the public and how it has evolved. Upon reading the report, the impression is created that what will be measured is the level of implementation of the current legislation regarding the information of citizens in Albanian municipalities.

On the contrary, an overview of the methodology reveals that the only law that will be partly monitored is the Law on Public Information or, as the government has often referred to it, the implementation of the Transparency Program.

We should clarify that this is only one of the laws, together with the Law on Notification and Public Consultation, as well as the Aarhus Convention, that regulate the right of the public to gather information, to participate in decision making and to turn to the courts for projects that affect the environment. The Aarhus Convention was ratified by our country in the year 2000 and stands above the Constitution of the Republic of Albania.

Also, the municipalities have institutional obligations that derive from the legal disposition of the Law on Local Government, the Law on Administrative Procedures, and the Law on Building Inspections, as well as a variety of Council of Ministers decisions that regulate the obligations over the right of informing the public for specific cases.

The monitoring of the implementation of these laws in their entirety would give a clearer idea on how information is offered by municipalities.

But no! The INFOCIP report is merely focused on the superficial aspects of the implementation of only one of the laws, basing itself on questions such as:

This methodology is not only stripped of any qualitative evaluation but its also half-baked because it has never taken into account the implementation of the complaint procedures. Furthermore its “findings” conflict with reality.

This report has evaluated with a 9.9 out of 10 grade the Municipalities of Tirana, Shkodra, and Korça, which means that almost all above-mentioned components have been fulfilled.

So let us have a look.

From a survey of the official webpage of the Municipality of Tirana we have noticed that the calendar of its public hearings runs backward and that the notifications include consultations for the General Local Plan, to be held during the month of July 2016, and for the draft budget of 2017 during the month of November 2016.

The section “Announcements of Public Hearings” is no better arranged; there are a number of notifications posted that deal only with the drafting of the Local Plans, and which are outdated. It is impossible to know when these notifications are publicized and consequently we are unable to determine whether the legal deadlines of 20 working days for the gathering of recommendations by interested groups, as well as 20 more working days from announcement until the hearings has been respected.

None of the posted hearings for this section are accompanied by their respective records or recommendations, or any argumentation based on he Albanian legal framework. In fact, this whole section could have been put up last week, with none of the hearings actually being held.

In the same spirit, the section of “Records of Public Hearings” has a subsection “Strategic Environmental Evaluation,” which doesn’t contain any (legally mandated) Strategic Environmental Evaluation, no records, no recommendations or dates, but just a copy of the PowerPoint presentation of the Municipality of the General Local Plan, split into parts.

According to the Law on Notification and Public Consultation, the Municipality of Tirana must publicize a transparency report, where it should gather the announced hearings, with clear deadlines, accompanied by all the pertaining records and recommendations.

All that is found however is a two-page document, where the Municipality explains (to its own advantage) how the public consultation law is applied, proudly boosting that it has meticulously kept the standards, by emphasizing that just for the approval of the General Local Plan it has arranged over a 100 hearings. Needless to say, there are no records of these meetings. In short, we must trust the word of the Municipality. The propaganda of the Municipality goes through the roof when it announces the ways to influence law making and public policies. Apparently, the Municipality considers itself even as a legislative institution.

The Municipality also doesn’t archive the records of the meetings of the Municipal Council and offers therefore no information about the way in which its votes are made public to the citizens. As a result, they are faced with arbitrary decisions, such as the latest increase of the water price, a widely criticized decision, approved on illegal procedural grounds, where some interested groups refused to participate in the meeting, even after the submission of the application. Not only that but there are also regular public complaints are made by the opposition’s council members about the late notifications for the upcoming meetings, up to 30 minutes in advance or, in extreme case, even after the meeting has been finished.

Therefore, the Municipality of Tirana doesn’t particularly excel even as regards the superficial information of citizens. Unfortunately, according to the law, the every-day presence of the mayor in the social media and TV does not qualify as informing. On the contrary, in all cases this has been used to hide the manipulation of citizens and the abuse in dozens of projects such as:

We note that even in the limited public hearings arranged by the Municipality, it hasn’t made public beforehand not a single technical report of the projects, nor the announcements for recommendations. Meanwhile, the notification for the meetings is done without taking the legal deadline into account. Therefore, a small number of citizens, mostly militants, are invited to give their thoughts without having the chance to examine before hand any material, as provided.

After having arranged no hearings, the Municipality doesn’t publicize information for the citizens about the actions that will be undertaken in the zones of the projects, their timelines, the beginning and the ending of the projects and the costs. The favorite way to “transparently” showcase its work is through videos transmitted in the social media under the title, “Every day a project” where the same project is advertised by the Municipality dozens of times as a new one.

To conclude, we consider that reports about the transparency of institutions, such as the INFOCIP report, must be conducted in full and focus on the measuring of information that the citizen receives from the institutions based on their rights sanctioned in the law. Reports that adopt a shallow approach in order to reward the municipalities because they have respected half of the law within its minimal limits, doesn’t serve anyone.