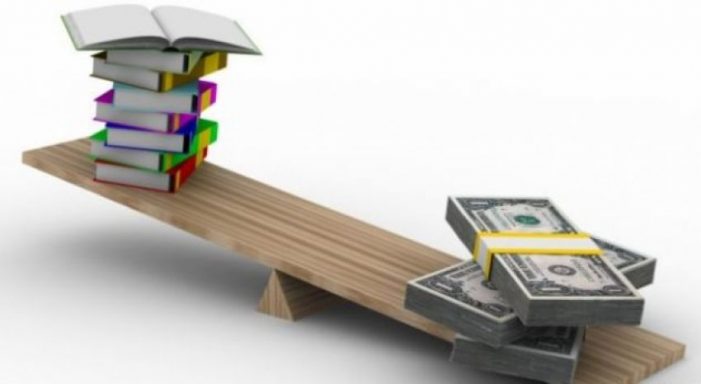 Education continues to be a low priority for the government, and badly funded in comparison with other developed and lesser developed countries.

Not only is the Rama government investing comparatively little in education, it has even dropped its education expenses since 2013 when it came to power. In 2013 3.54% of the GDP was spent on education, and Albania charted at place 116. Compared to Albania’s GDP, education expenses are expect to continue to decrease, as the education budget stays fixed against a rising GDP.

The budget envisions expenses of 68,500 lekë for each elementary school student, and 74,200 lekë for high school students. By comparison, OECD countries invest on average between $2,500 and $10,000 per student per year.

All of these indicators show that the government has not only fully deprioritized education, but that also in absolute terms the investments in education are completely insufficient.