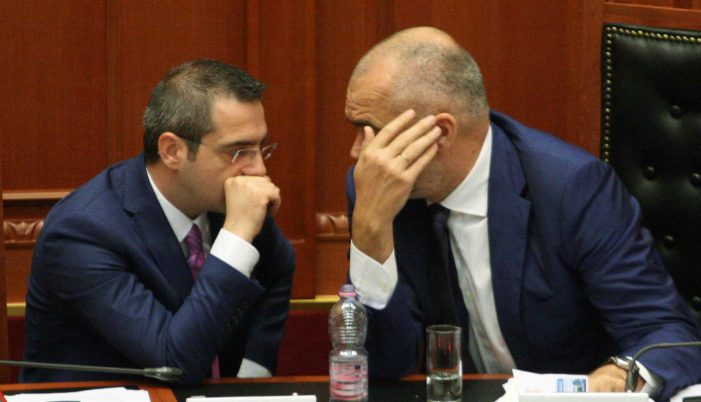 These are the words of Prime Minister Edi Rama in an interview about the Tahiri affair.

When the son has come of legal age, his father is no longer responsible for him, Rama says. So, to turn to the context in which this concept is formulated, if Tahiri would turn out to be responsible for that which he is accused of by the Prosecution (and the public), then the responsibility would be only his, and not at all Rama’s, who has personally chosen him to become minister in his first government.

But even if in a country (that has the dignity to call itself such) a father isn’t imprisoned because his child commits serious crimes, all parents, even the Albanian ones, know very well that there is a different form of parental responsibility, even if that isn’t expressed through criminal punishment: It is the responsibility of having badly educated the child, so much so that it has caused harm to society.

This is a moral, and not a criminal responsibility. It is often punished by society with silence: you have not been able to educate your child, so better be silent, go stand in a corner and don’t advise others.

What seems to be completely missing with Prime Minister Rama is precisely this feeling of moral responsibility, which, in this particular case is transformed into political responsibility

And precisely that political responsibility stood at the foundation of his rise to power through protests that culminated in the deaths of January 21.

Without going into the technicalities of the situation, Berisha’s responsibility was clearly a political responsibility, and basically the entire country agreed with Rama in this case. With the electoral results of 2011 and 2013 as a consequence.

But now the transition from criminal to political responsibility is no longer of any value for Rama. Or, at least, he thinks it no longer holds in the case of a minister of interior that discovered to be involved in international drug trafficking, even when everyone knows that many important figures advised Edi Rama for months dismiss Tahiri precisely for this reason.

Here we are trying to build a state of irresponsible people, where everyone only holds criminal responsibility for facts that need to be argued and proven only for him, and where no one else is responsible for the final result.

What Rama fails to explain is why it should be him that rules the country if he doesn’t hold responsibility for the results of his political actions in front of the people and his electorate.

But we know very well how such a state of affairs is defined in political science: autocracy.