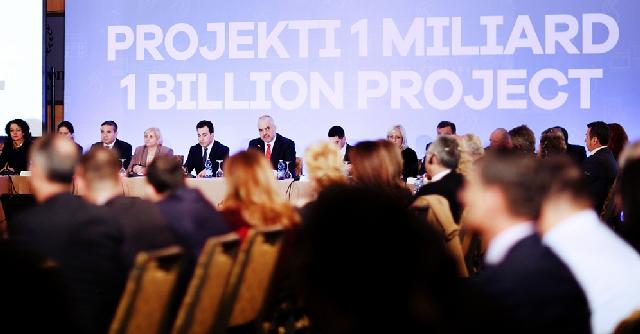 During a heated debate in Parliament, Prime Minister Rama, instead of confronting the issues raised by the opposition, decided to turn the discussion into a series of jokes, an art in which he has proven to be much more successful than in the other artistic genres he has tried his hand. Using a spin he successfully used a few days earlier, he accused the opposition of being friends with the oligarchs who are using the “1 Billion Project” to launder money.

Despite the fact that this time the trick to mention the names of businessmen who used to be close to the PD but are today potential investors with shady money in Rama’s 1 Billion Project embarrassed opposition leader Lulzim Basha, who further compromised his position by being unable to give any suitable reply, all this joking shouldn’t deceive the citizens about the serious issue of money laundering.

Rama may well turn everything into a joke, he may embarrass Basha by mentioning his former supporters, he may order his subordinates to close their eyes and ignore possible sign of money laundering, he may use his parliamentary majority to draft laws making it easier to do so, but he cannot continue to think that real problems can be solved with jokes and ordinary propaganda.

Money laundering is a real problem, and the extent to which it happens in Albania is an extremely serious problem, because the presence of a large amount of money to launder fosters the temporary prosperity of businesses running a deficit, which at the same time cause the bankruptcy of regular companies that don’t launder money.

The “victory” in word games in a Parliament that doesn’t seem to understand the systematic risk of dirty money in Albania, means as little as stories about who sponsored whom. The real problem is that money laundering kills the regular economy, even that when the money laundering or reinvestment process of the money produced by the massive cultivation and trafficking of marijuana has finished, it will leave behind a market full of ruins and corpses of honest businesses.

What is surprising in Rama’s answers is his implicit confusion of public procurement done with public funds and investments financed by private money of suspicious origin.

The fact that one or more companies have profited from tenders to build projects financed by public funds under the government of the PD or the PS has nothing to do with money laundering – at most they are an effect of party clientelism. But it is clear to everyone that the extraordinarily large sums of money that are to be invested in infrastructure, with very long terms for a possible return investment, are a real signal for money laundering at work.

In the end it should be the duty of a normal government to impose serious legal conditions on businesses of any political bent – the political color of a possible money launderer is hardly relevant. Especially when under the current Albanian conditions having large amounts of capital to be recycled unfortunately determines the economic success of a business that wants to make large investments (even through concessions), without which working is impossible.

The debate about crime and money laundering has been so far, perhaps, the truly positive contribution of Basha to the political debate in Albania, but it doesn’t seem that Rama is ready to take such a debate seriously, preferring jokes and rhetorical showmanship.

It remains to be seen whether Rama’s reaction is simply an instinctive and infantile response born from ignorance, or an expression of his willingness to avoid the debate because he has self-consciously chosen a completely irresponsible road that only leads to social and economic destruction.

In the first case we would need to punish him like a small child, in the second he would be a case for an international criminal court.