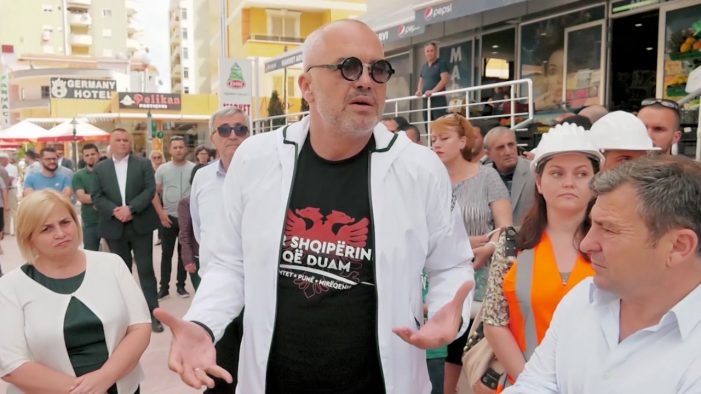 There appears to be a new political crisis on the horizon with the election of the new General Prosecutor.

The concrete situation is simple: after the bipartisan amendments made in the context of the judicial reform, the Constitution of Albania determines that the General Prosecutor (PP) ought to be elected with 3/5 of the votes in Parliament, after a prior evaluation and ranking by the High Prosecutorial Council (KLP).

But the parliamentary majority of PS and LSI approved in October 2016 a law for the functioning of the prosecution, stipulating that if the conditions determined in the Constitution for the election of the PP would not be implemented because of the transitional period between the old legal framework and the new one, a temporary PP would be elected (not mentioned in the Constitution) through an election process that contradicts the definitions and spirit of the Constitution and the judicial reform.

Art. 109(2) of the Law concerning the Organization and Functioning of the Prosecution in the Republic of Albania reads as follows:

This situation envisioned in the law by the PS and LSI more than one year ago has indeed come to pass (or has been created on purpose, as the opposition speculates). The mandate of PP Adriatik Llalla has ended while the KLP, which would administer the election process of his successor still has not been instituted, even though the judicial reform has been approved one and a half years ago.

The whole process has stalled because the KLP is supposed to contain one representative from civil society (whatever the term “representative” is supposed to mean in this case). Even though there have been three public calls for applications, there have been either no applicants from civil society or they didn’t fulfill the criteria to become a KLP member. As a result, the installation of one of the key institutions envisioned by judicial reform has been blocked and no one knows for how much longer.

Under these conditions, the Socialist majority has decided to elect with a simple majority a temporary PP, who will serve until the installation of the KLP, which will then take over the organization of the election of a new PP.

But the Socialists are certainly aware that such an election could be easily attacked by the opposition as an attempt by Prime Minister Edi Rama to capture the prosecution, especially at a time that the prosecution has opened a series of important investigations into the involvement of former minister Saimir Tahiri and other high state and police officials in drug trafficking.

For this reason, Prime Minister Rama has chosen to receive the internationals’ “blessing” and sell the situation not for what it is – an unscrupulous act planned and implemented by the Socialist majority – but as the implementation of an objective and neutral proposal by the internationals.

The opinion of OPDAT and EURALIUS has been drafted in a language that can barely be called professional and exceeds any status or function these missions have in Albania. But this is irrelevant, as their opinion didn’t serve a legal goal but rather a political one. Politically, the Socialist majority now two powerful arguments to impose the unilateral election of a temporary PP: the implementation of the judicial reform and the approval of OPDAT and EURALIUS, backed up by statements of US Ambassador Donald Lu and EU Ambassador Romana Vlahutin.

And OPDAT, EURALIUS, and PS parliamentary group leader Taulant Balla are unanimous: the law doesn’t allow any other path of action, a temporary PP needs to be elected by a simple majority.

In other words, first the PS unilaterally wrote and implemented the law on the functioning of the prosecution, ignoring the protests of the opposition that it was anti-constitutional. And then they point to that law and say: See?! There’s no other way! We have to ignore the Constitution!