Euralius Is Not the EU – And in a Conflict of Interest

In recent days, much has been made of the legal opinion provided by EURALIUS project regarding election of the successor of the current General Prosecutor, which was drafted at the request of the head of the parliamentary Committee on Legal Affairs.

As Exit explained before, the election of a temporary general prosecutor through a simply majority in Parliament – thus handing over the election to Prime Minister Rama’s Socialist Party – goes agains the spirit of the Constitution and is the result of a law passed without bipartisan consensus.

The issue of the EURALIUS opinion, however, goes deeper. In recent days, EURALIUShas often been equated with the European Union, and indeed EU Ambassador Romana Vlahutin, widely recognized as a political ally of Prime Minister Rama, supported the EURALIUS opinion.

However, EURALIUS (officially called EURALIUS IV) is in fact an assistance project funded by the European Union, but implemented independently by a private consortium of companies, headed by the German IRZ foundation. In other words, EURALIUS is project implemented by a contractor hired by the EU Delegation in Tirana.

The current contract for EURLAIUS IV ends by the end of this year, and the application process for the next grant contract, EURALIUS V, is under way. IRZ is currently in the race to win this new contract against another consortium led by a french organization. Therefore, IRZ has a strong incentive to issue legal opinions that are desired by EU Ambassador Vlahutin, in the hope to win the contract for EURALIUS V. 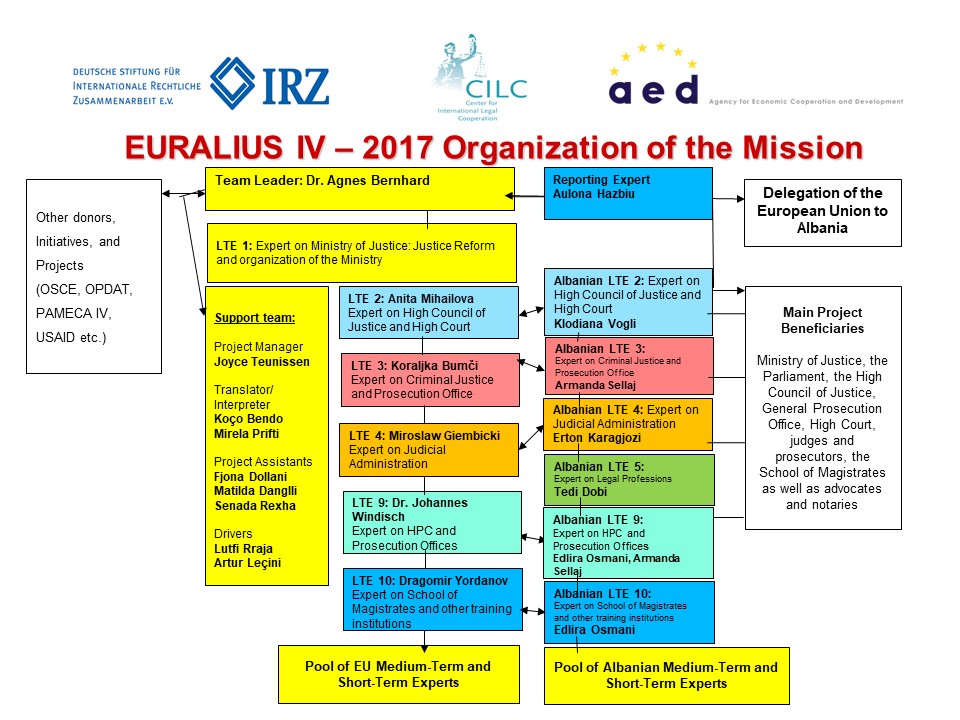 A quick overview of the list of “experts” hired by Euralius IV shows that none of them have any training or specialization in constitutional law. Moreover, it appears that the majority of “experts” are not international jurists and lawyers, but locally hired Albanian personnel from the Albanian judicial system. This would explain the poor reasoning of the opinion, which itself appears to be in blatant contradiction of EURALIUS’s official mission:

to strengthen the independence, transparency, efficiency, accountability and public trust in the Albanian justice system in line with the EU acquis and best practices.