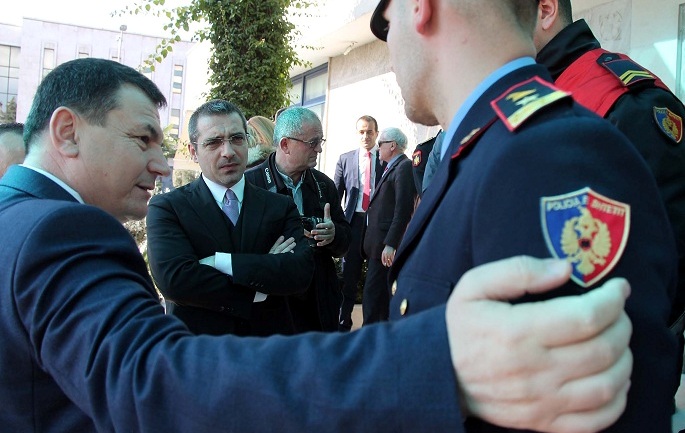 This week Exit published that since at least March 2016, the secret service ShISh has sent dozens of reports to the Prosecution of Serious Crimes and the Ministry of Interior Affairs concerning the involvement of State Police officials in cannabis cultivation and trafficking during the period 2015–2017, leading up to the elections of June 2017. Although we received many responses from readers, the Albanian government and the media close to it remained conspicuously silent.

Among the many positive responses of citizens tired of a country ruled by criminals and drug traffickers, there were also several people who doubted the existence of the document that is in our possession.

For this reason we will start publishing pages from the document over the next few days, while also explicitly noting that these reports do not necessarily contain proof of crimes that may have been committed or ascertain the guilt of those involved in them. This is also the reason that we have redacted all personal information contained in them.

The absence of the opening page of the document prevents us from confirming with certainty the origin of the document, nor its aim. However, the protocol numbers that are contained in it all refer to official documents that should be held in the archives of at least the Ministry of Interior Affairs and the Prosecution, and can therefore be verified by the pertinent authorities. Moreover, the detailed nature of the document convinces us of its authenticity.

Furthermore it should be noted that of the 127 names of police officers and chiefs mentioned in the part of the report that we have in our possession, only 5 are officially under investigation, while 8 other names have been previously denounced by the Democratic Party for their involvement in drug trafficking. 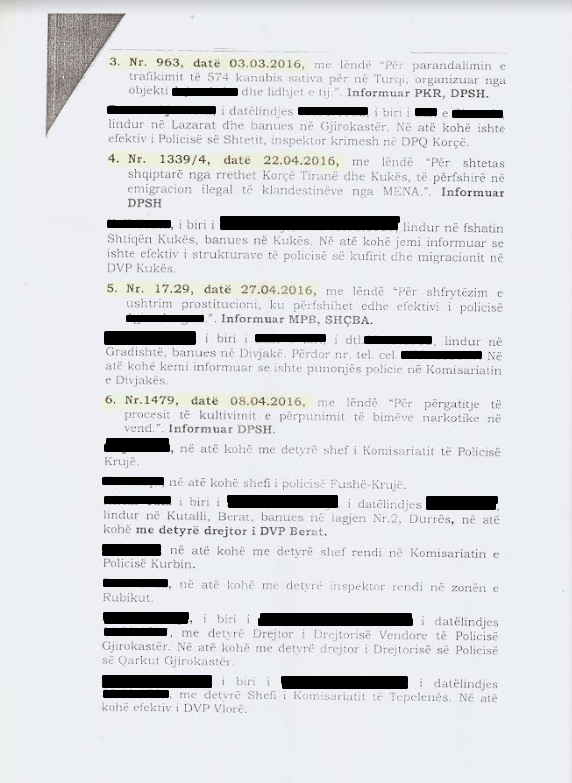 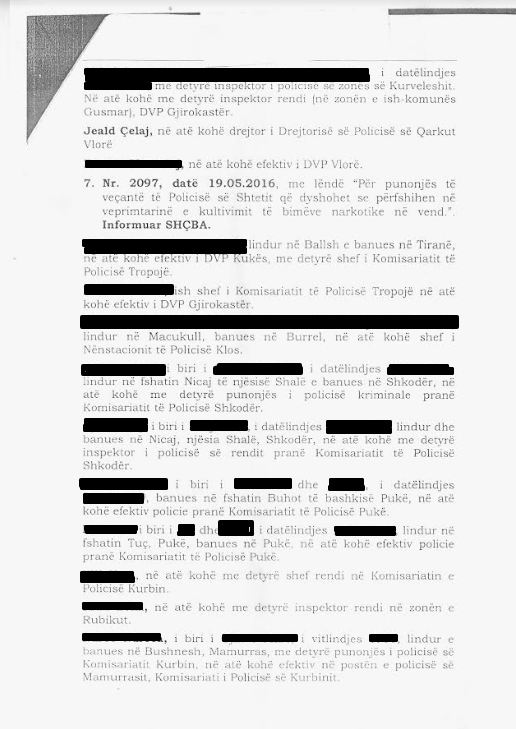 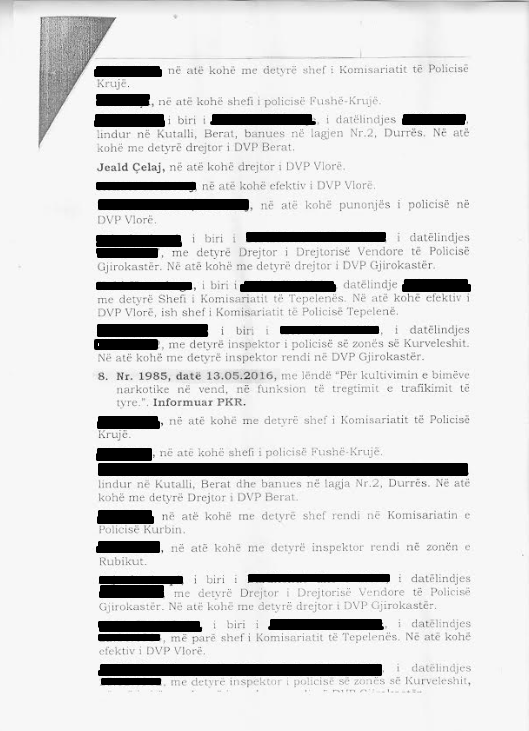 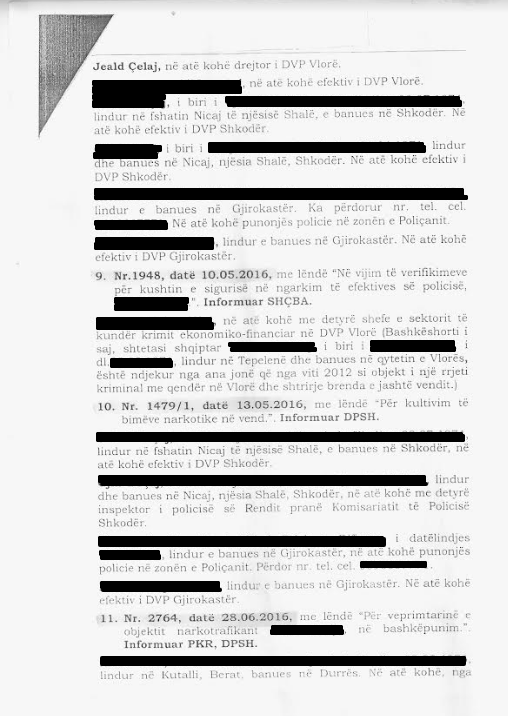 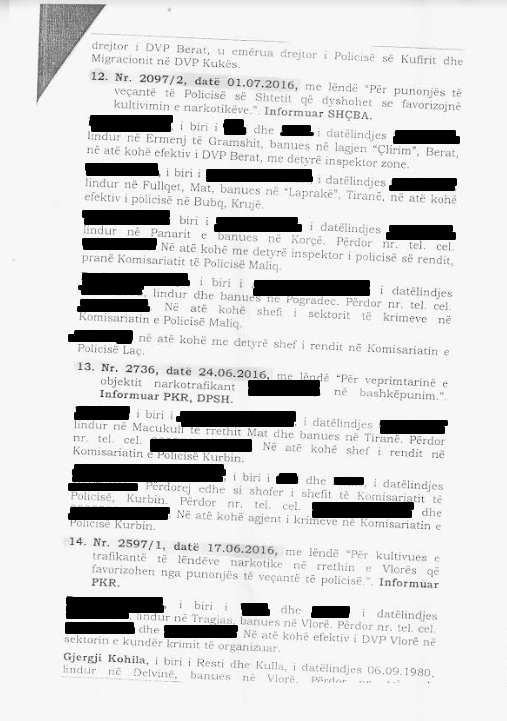 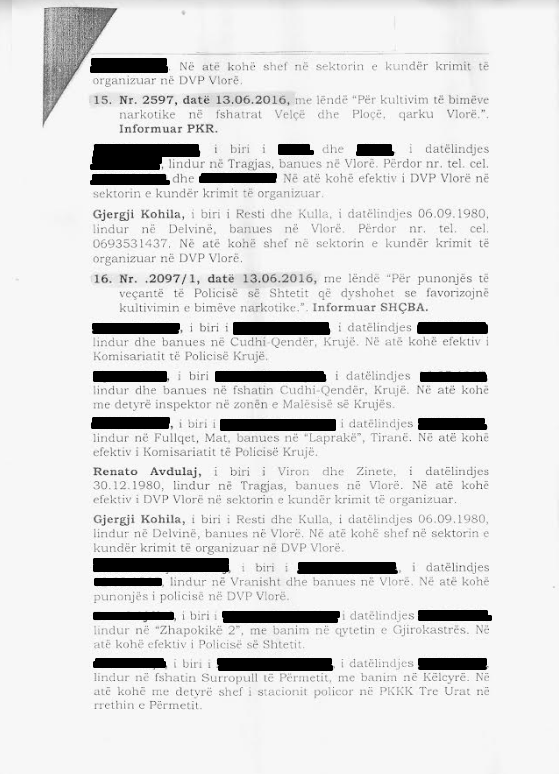 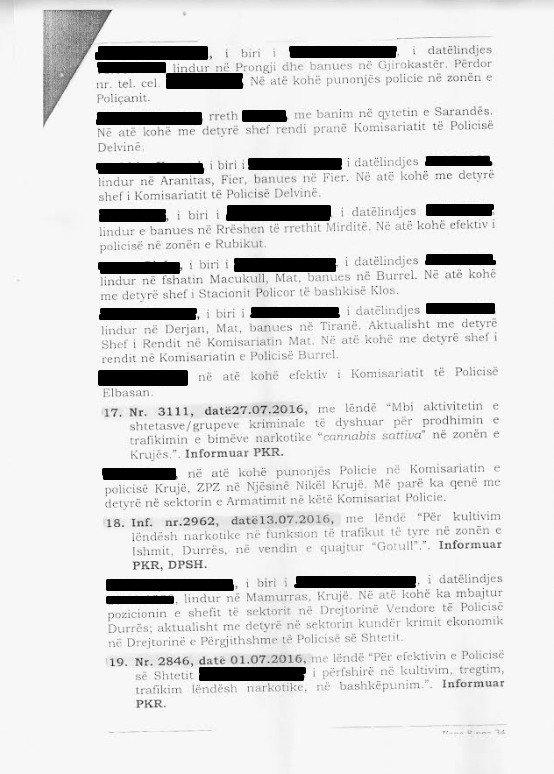 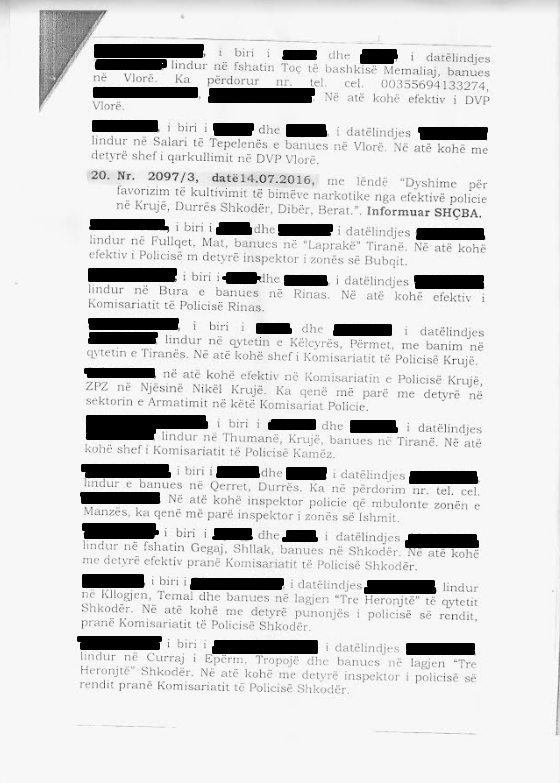 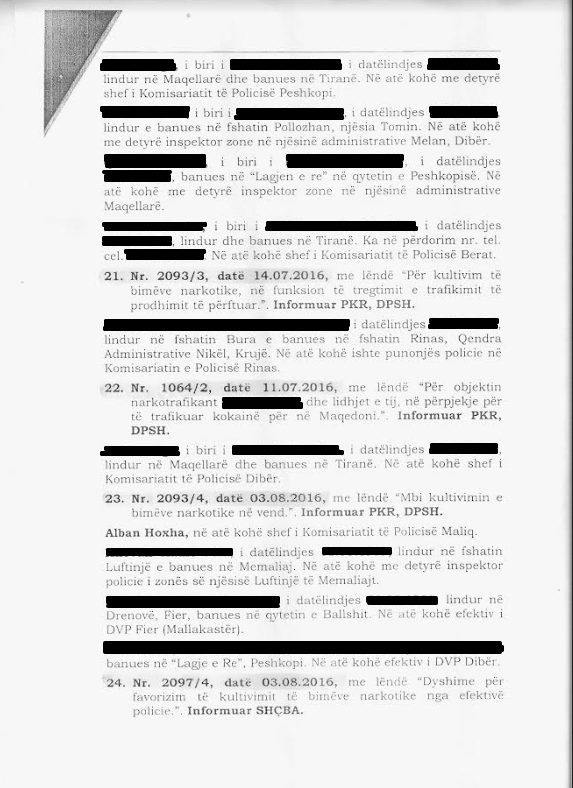