The Untouchables – How ARMO Was Robbed with Help from the Government 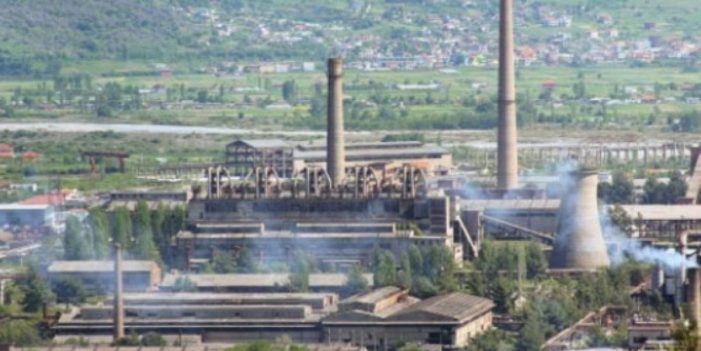 In December of 2013, Engjëll Agaçi, the General Secretary of the Council of Ministers, was appointed as state representative in the ARMO supervising board by then Minister of Economy Arben Ahmetaj. He resigned suddenly in November 2014, but remained in office until he was replaced by Klodian Mene in 2015.

His sudden departure occurred when he figured out ARMO’s real business and didn’t want to leave behind compromising trails. However, before departure he approved ARMO’s balance sheet for 2013 with a loss of around 24 billion lekë. He was well aware of ARMO’s unpaid obligations; 24 billion to subcontractors and banks, 10.3 billion to suppliers, 4.3 billion to the state, and 8.9 billion to third parties, an accumulated debt of 47.5 billion lekë or around €350 million.

Meanwhile, the company Trading Petrol and Drilling (TP&D), controlled by a businessman closely linked to Prime Minister Edi Rama, had rented the oil refinery at Fier from ARMO – theoretically with a production capacity of 500.000 tons of crude oil per year – for a payment of 136.5 million lekë per month (according to the payments of December 2013). Meanwhile ARMO, whose only business was refinery, had direct operational costs of 285 million lekë per month, approximately 3.4 billion lekë per year, apart from its huge financial and administrative costs. This meant that the oil of TP&D was refined at ARMO below the cost price and thus subsidized directly by ARMO and indirectly by the government.

Certainly, until that moment, the mismanagement of Rezart Taçi, supported by the Democrats in power, had done enormous damage  to ARMO, but when Edi Rama took power the situation was clear. Even if the former criminal attorney Engjëll Agaçi, as a member of the supervising board of ARMO, and then minister of Economy, Arben Ahmetaj, as state representative of 15% of ARMO shares, had limited knowledge of economics and commercial law, they should have put ARMO under extraordinary management through a special law, by excluding the Azeri partners, therefore either continuing the recapitalization of the company or pursuing its liquidation based on the procedures laid down in the bankruptcy law.

Leading an organization or government often requires taking tough decisions. On the contrary, the security of impunity further enforced by the unclear and inaccurate legal framework, as well as the political control over the flow of information regarding the implementation of law, brought our new “heroes” to benefit from this rapacious architecture that had allowed TP&D to use the refinery while leaving the costs to ARMO. TP&D managed to leave a part of its fiscal and customs duties for the crude oil it owned and processed in ARMO to ARMO itself.

From that moment, the game was simple. TP&D bought crude oil (inside or outside Albania), refined it in the ARMO facilities and then resold it, perhaps without paying the excise taxes, thus leaving even more fiscal obligations to ARMO, which couldn’t be bankrupted because it was co-owned by the state and a “strategic company.”

A factual monopoly and a factual tax exemption – what more could a business dream of!

Taking over the Ministry of Finance

The huge political benefit (even though illegal) from the monopoly of the (illegal) oil supply was further increased by the unpaid excise taxed to ARMO’s coffers. In this way, ARMO was transformed from a company sneakily privatized by Rezart Taçi, but which at least officially followed the administrative guidelines, into a corpse without a true owner, which was secretly used to ravage the state treasury and control the Albanian oil market.

Any possible trace was removed by the complete absence of information, thanks to the inactiveness of the officials responsible for overseeing state property, markets, and those officials that are supposed to be responsible for collecting the excise tax.

In fact, without cooperation from the Ministry of Finance the game would have been difficult to maintain for a such a long time. In that period, the tax and customs administration were directly accountable to Prime Minister, sidelining the stubborn former minister Shkëlqim Cani, an “obstacle” dealt with in February 2016, when Arben Ahmetaj took the control of the Ministry of Finance. From that moment onward the game was fairly simple.

Deveron Oil was heavily involved with the Azeris and the Russian, while TP&D was in a difficult financial situation. Furthermore, in the middle of 2015, the sole partner of TP&D was arrested as part of a drug trafficking network (as if the oil revenues weren’t enough).

In these conditions, another company had to be found to serve as  a “regulator” of the oil market. In the summer of 2016, the whole system was reorganized by using the bankrupted American Harry Sargeant III and his offshore company IRTC as a cover. IRTC registered a branch of its own in Albania, not coincidentally with at the offices and with the administrator of TP&D.

Arben Ahmetaj himself, now Minister of Finance, rushed to Fier, accompanied Sargeant and then Deputy Prime Minister Niko Peleshi, to take the political merits for “saving” ARMO. From Fier, Ahmetaj announced further actions concerning several oil wells in the south of the country, perhaps to reinvest in them the huge benefits from ARMO.

So the whole started all over again. ARMO put its refineries in service of the new client, IRTC, which meanwhile had signed the contract to buy huge quantities of oil processed by Bankers Petroleum, thus significantly reducing exports. The new “investor” continued to add to ARMO’s obligations toward the state, or better said, toward the Ministry of Finance, debts which neither the government nor the Ministry of Finance had ever requested, just as they didn’t stop their accumulation.

Meanwhile the ruined financial situation of ARMO and the lack of any capacity to pay its debts, forced two of the main creditor banks, Credins and Raiffeisen, to mobilize their legal offices to take back the guaranties for the debts given by ARMO. After much maneuvering, only Credins managed auction off the Ballsh oil refinery in exchange of a part of the debt, while Raiffeisen struck a mysterious debt reconstruction deal with ARMO, and inexplicably  established control over the oil refinery of Fier.

These moves completely sidelined the government institutions (taxes, customs, social insurance, municipalities, Albpetrol), which had to guarantee the repayment of ARMO’s unpaid taxes and obligations. The demands of these state institutions to seize the property of ARMO were not executed by the government, while similar demands of Credins and Raiffeisen where immediately met.

Thus Credins and Raiffeisen managed to protect and recuperate (part of) their loans, while the government (which in theory should have been privileged by the law) failed to do the same because of the mistakes (or intentional actions) from its own officials.

For these reasons, by the end of November 2016, then Minster of Justice Ylli Manjani dismissed the director of the Asset Registration Office in Ballsh and its legal specialist, and ordered an investigation. This investigation discovered irregularities including the auction of 54 ARMO real estate assets only to banks, completely ignoring the government institutions to which ARMO owed taxes and duties. They had asked for the confiscation of ARMO’s assets, but their orders had not been implemented by the Asset Registration Office of Ballsh.

Thus the state failed to collect its obligations from a company in which the state itself was co-owner, while a private bank managed to protect its loans by appropriating around 750.000 sq.m. of land together with all the buildings on it.

The report was handed over to former minister Manjani before the end of December 2016. But by late January, Manjani had been fired by Prime Minster Rama, without any protection from Ilir Meta. At the same moment, the Minister of Energy intervened to prevent the OSShE from cutting off the energy supply to ARMO, which for years hadn’t payed the bills even though ARMO was administered by the same Ministry as the OSSHE.

The internal report of the Minister for Energy and Industry of February 4, 2016 (which was published by Reporter) showed that ARMO’s debt had increased to $595 million, from which $25 million were created in 2014 and $137 million in 2015. From this debt, $205 million were state loans; $20 million unpaid excise duties and another $185 million other unpaid taxes (VAT, profit tax, social insurance, etc.).

A few moths ago, the Ministry of Energy clarified to Reporter that the oil refineries in Ballsh and Fier are now property of two banks, Credins and Raiffeisen, which have rented them to other third party companies.

According to Reporter the new “administrator” of the two refineries, IRTC – controlled by the same group of persons linked with TP&D – had created, up to July 2017, around €22 million of new debt for the state, while according to Monitor magazine, in the end of September 2017, the accumulated debt since had increased with €28.5 million since the time refineries had switched hands to the private banks.

Reporter, quoting anonymous sources from within the Bank of Albania, also reported that after the auction of the oil refineries to Credins and Raiffeisen, ARMO is no longer classified as a bad debtor and its no longer on the list of the big debtors — a list of 35 companies who hold approximately 35% of all bad loans to the banking system. It is now one of the 7 big companies who have restructured their loans.

A state company without a state

In fact, the important question is what ARMO represents today, now that its refineries have fallen in the hands of the banks. What does the company earn to clean up the debts with other banks and non-banking private loaners?

The loan of Raifaissen appears to have been restructured according to an agreement for installment payments. It appears that Raiffeisen is practically the owner of the oil refineries in Fier, which it gave in bona fide to IRTC. Under such conditions, how will ARMO pay back the loan to Raiffeisen?

How is it possible that ARMO can create huge debts for the state by not paying taxes while no one demands their repayment, while on the other hand the government arrests small business owners for lack of VT machine and closes down restaurants because they don’t give receipts for every order on the table?

How come that the state representatives in the ARMO board, first Engjëll Agaçi and later Klodian Mene, didn’t notice any problem and didn’t warn their direct boss, then Minister of Economy Arben Ahmetaj?

How come that the former Minsters of Economy, Arben Ahmetaj and later Milva Ekonomi, didn’t know anything, especially after the media broke the news of “the rescue” of ARMO?

How come that the Ministers of Finance, Shkëlqim Cani and later Arben Ahmetaj, and the directors of taxes and customs who came one after another, didn’t noticed that one of the biggest Albanian companies pays hardly any taxes or excise duties?

Still more important, where are the large sums of money earned in this system, considering that entire companies involved in it turn out every time to have no ability to pay their debts, and continue to be seized by the bailiff office on account of different creditors?

What political protection do these persons have, who combine drug trafficking, oil smuggling, and fiscal evasion with impunity?

What was described above isn’t just a series of coincidences involving abuse of office, but continuous and systematic violations of the law, committed with the intent to benefit illegally from the systematic fiscal evasion by a group of companies or straw men, who have administered for years a very lucrative business, creating an actually illegal monopoly, hidden behind bankrupted companies and others hidden in fiscal paradises, that have produced revenues difficult to track down.

How is it possible that hundreds of government and judicial officers officially tasked with fighting corruption, contraband, and fiscal evasion, didn’t noticed the reality of ARMO and the articles and voices who have denounced this reality in recent times?