Something very curious happens to foreign diplomats toward the end of their term in office: they start dressing in Albanian folk costumes and appear on Albanian magazine covers. What a great contrast with their humble beginnings in office, when they are all serious in their suits and eschew the spotlight. They are independent, neutral, professional, after all!

But in their final months on the job, the truth has settled in and they are no longer afraid to show it. They have been become part and parcel of the Albanian political scene, they have licked and been licked, they have given and received blows, and they have become as dirty and disgusting as all the others.

Their careers may bring them to other places, but in their heart they will carry important lessons learned during sumptuous dinners at the Prime Ministry and in the luxurious restaurants of Tirana, fêted by the nation’s oligarchs: money and power trump law and democracy – and don’t be afraid to show it!

And with this newly acquired insight, our powerful foreign diplomats also shed the last pieces of shame and diplomatic decorum they might have had.

These thoughts came to me as I watched a recent “fashion show” organized by the US Embassy in Tirana, in which its personnel showcased “not only their beautiful and unique craftsmanship, but also Albania’s culture and art that was passed from generation to generation.” How nice, I thought, that they can walk around in these luxurious, ceremonial clothes, made by those who cannot afford them to dress those who deserve them the least!

Does anyone remember, 4 years ago, Ettore Sequi dressed in a similar outfit by photographer Roland Tasho in the months before he left office as EU Ambassador?

They do not only dress up in Albanian folk costumes. Our soon to be liberated diplomats also make small overtures to the “ordinary people.” After having ignored the plight of common Albanians for all those years, busying themselves with vanity projects and failed attempts at wrestling with the rotten corpse of Albanian politics, they suddenly “open up” to the people with smiling faces and intimate confessions – they thought about us all along!

Look at this: The recent cover of Gazeta Mapo, which has declared Lu “Man of the Year 2017.” In this miracle of press freedom, Lu will tell us everything about the famous political deadlock he broke, his fearless negotiations tactics, and even intimate details of his “private” conversations with Rama! There is even a small confession about Saimir Tahiri. What an extraordinary human being! 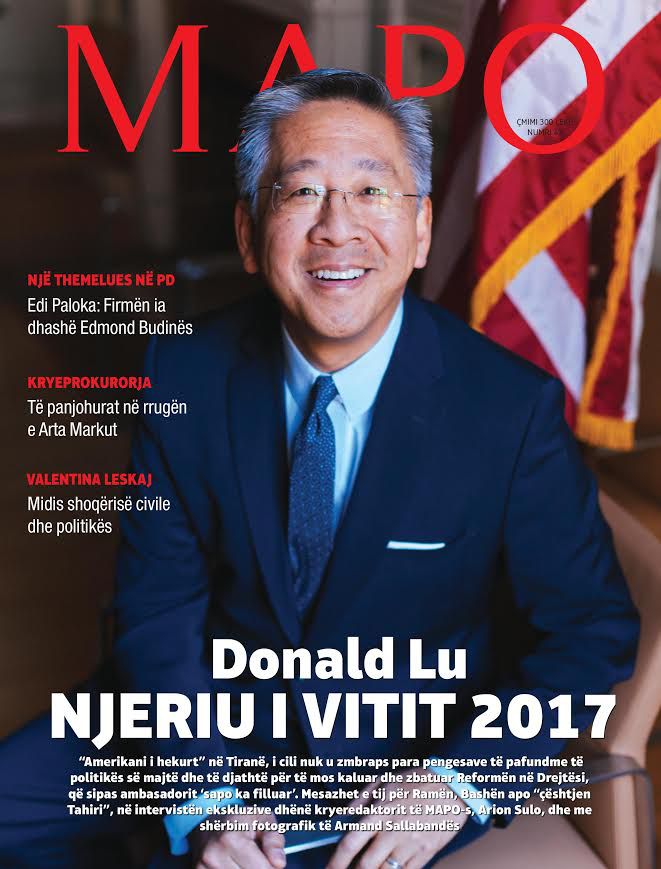 And does anyone remember the glorious photograph of Sequi on the cover of Elegance in 2013? Another of those diplomats-on-the-way-out trying to burn his fake smile into the collective memory of a country he “loved”! 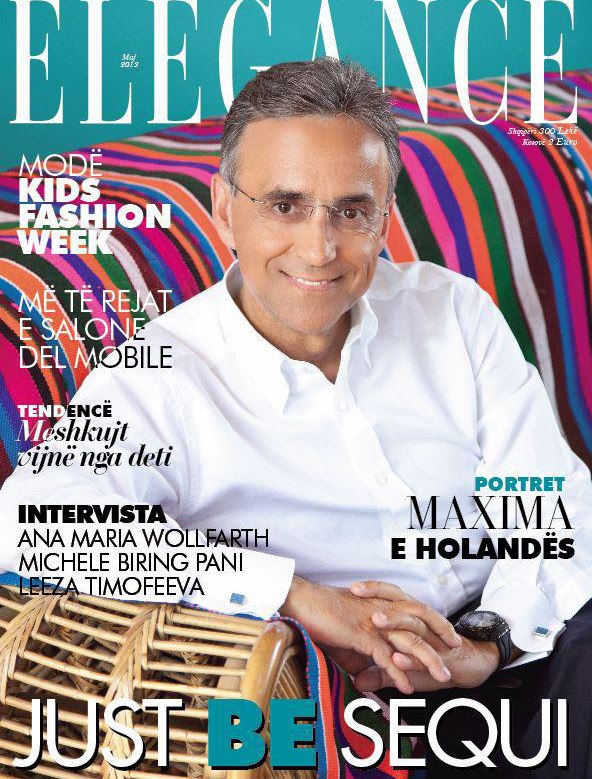 We can hardly wait what type of “I’m-out-of-here” stunt his successor, Romana Vlahutin, will do before she is forced to pack her bags on August 31, 2018. Mezi po presim!