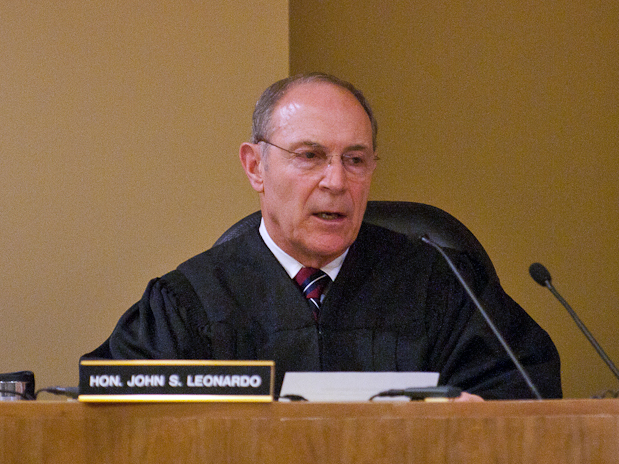 When in February 2017 International Monitoring Mission (ONM) chief Genoveva Ruiz Calavera arrived in Albania, she made a firm promise: “The only voice that will be commenting on our work is the public website.” Meanwhile, the website of the ONM has remained conspicuously unupdated, while Ruiz Calavera has already started to talk to the press.

Recently, also one of the 8 international observers, John Leonardo, spoke out about his work in the ONM, in an interview with the Arizona Daily Star.

The interview contains a few remarkable statements. For example, Leonardo, a former US Attorney for Arizona, says:

There are very high expectations in the country that a lot of judges and prosecutors are going to lose their jobs. […]  They just have rampant corruption in this country across many fields: Police, judges, prosecutors.

This statement seems to be at odds with claims of ONM chief Ruiz Calavera, who declared in an interview with Deutsche Welle:

I am convinced that many judges and prosecutors will pass the vetting without difficulty, I don’t want to stigmatize the entire justice system, there are very good professionals.

The interviews of Leonardo and Calavera, placed next to each other, give two very different accounts of the vetting procedure. Perhaps this difference is captured of Leonardo’s statements:

I sense that I automatically have more credibility with the vetters, the legal community, than the Western Europeans do.

So why would this sole US attorney general have more credibility than the other 7 EU members of the ONM? One reason could be that the EU has been more openly siding with the Albanian government throughout the process, whereas the US is perceived as being more “neutral” (in spite of the political reality on the ground).

Another reason may be that people like Ruiz Calavera openly complain about how EU Ambassador Romana Vlahutin has become a target “a denigrating campaign of slander and attacks that are completely without basis,” thus openly implicating the opposition and taking sides on the Albanian scene. The US is perceived (again, in spite of the political reality) to take less openly sides. The US embassy has no direct incentive to court the Albanian government, whereas the EU delegation does.

And so, a simple interview with one of the ONM members give us an insight into the inner dynamics of this monitoring mission, which less than a year ago was promised to be an impenetrable fort.