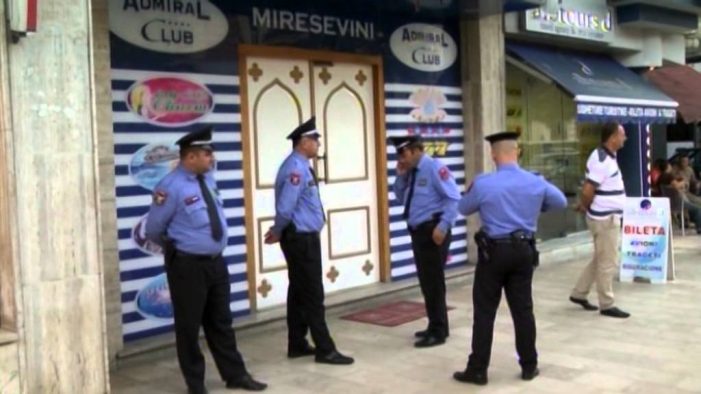 The company MC Networking shpk, owned 100% by Endri Meksi, the business partner of Prime Minister Edi Rama’s brother Olsi Rama, has finally received the concession to monitor the gambling business in Albania for the coming 30 years.

MC Networking has previously tried to extract concessions from the Rama government. It was the local partner of the Chinese company EM.POS Ltd, which made the unrequested offer to privatize VAT collection. An investigation of Reporter showed that also in this case Olsi Rama was involved.

A recent decision of the Constitutional Court rejected the claim of the Association of Sports Betting Societies that the concession duplicated the role of the Gambling Monitoring Autority (AMLF). MC Networking had won the concession earlier in 2017.

History of the tender

In October 2013, the Rama government organized an action to put an end to the illegal gambling business. The police action “Fund Marrëzisë” started on October 15 engaging over 6,000 police officers and closing 540 slot-machine halls, betting cafes, and casinos that were unlicensed, lacked proper documentation, or violated their permits.

In 2016, the government approved VKM no. 647, specifying the criteria for the operator who would build the system. According to the VKM, the private company would be compensated for its investment by a tariff that would be paid by licensed gambling businesses for using and maintaining the system.

The tender was opened on January 12, 2017, but because of the absence of offers was extended to January 23. Two consortia took part in the public procurement procedure: the consortium Admiral Sportwetten GmbH, ATSI Spokla Akcyjna, and MC Networking shpk and the consortium Qualysoft GmbH, Comtrade d.o.o., Starsat Internation shpk, and Communication Progress shpk.

In March the Ministry announced the consortium of MC Networking shpk the winner of the concession, which will last for 30 years.

The Rama government approved special tariffs for gambling businesses, divided into three categories, which they will pay to the concession holder to build and maintain the monitoring system.

The first category includes lottos and sports gambling businesses. They will pay €0.70 per day, that is €252 per year, for each location. According to the Association of Sports Betting Societies there are currently 3,000 locations, which brings the profits for MC Networking at €756,000 per year, for the coming 30 years.

The second category are electronic casinos, which will pay €1.25 per gambling machine, that is €450 per year. There are currently 2,200 gambling machines registered in Albania, which means that MC Networking will receive €990,000 per year.

This brings the annual profits for MC Networking and its consortium partners at €1,899,000 per year for 30 years, or €56,970,000 in total, for the construction and maintenance of an IT system that controls the Albanian gambling industry.