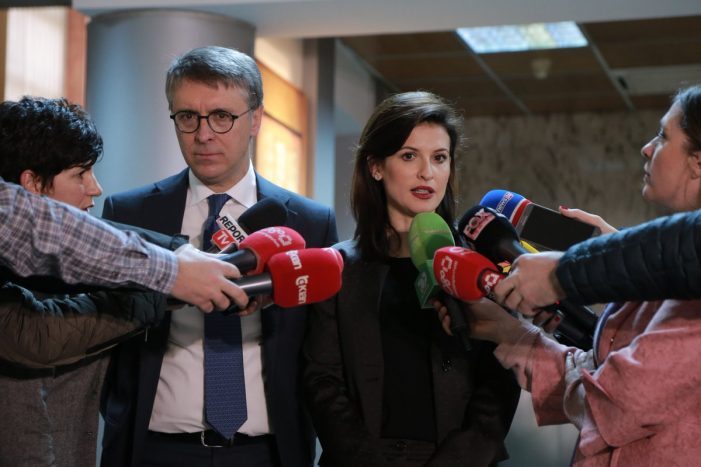 Last week Albania was visited by Raffaele Cantone, the president of the Italian National Authority for the Fight against Corruption. Cantone’s visit was part of a series of meeting planned as part of the Berlin process, the integration of the Western Balkans into the EU.

Cantone met the ministers of Justice and Interior Affairs and the Prime Minister and spoke about the Italian experience with the fight against corruption.

Cantone is a brilliant Neapolitan legal expert, who after 8 years of experience in the anti-mafia prosecution and different political positions was nominated by former Prime Minister Matteo Renzi as head of the new anti-corruption office, which is supposed to oversee attempt to identify and root out corruption in the public administration and state-owned companies.

In an interview with Report TV, Cantone advised Albanian politicians that transparency of government decision is a core pillar of the fight against corruption in public administration.

It seems that the government doesn’t want the citizens or the press to have the possibility to access the data that will uncover those within the state who have used the power of the state in order to violate the law.

But unfortunately this is not only an Albanian issue. It is enough to consider the European Union, which continues to obstruct our investigation into the acquisition of the villa of EU Ambassador Romana Vlahutin, or the work of Italian Development Cooperation, which are both organizations that pride themselves on implementing civilization and social development around the world.

If there was truly the desire to help in the fight against corruption and to reignite the role of Italy in Albania, Cantone’s request to the Albanian government should be to be more serious about issues in the public government which every day obstruct the work of Italian entrepreneurs in Albania.

But it seems that the Italian government has chosen only to deal with the organization of activities without any actual results, only to achieve an unnecessary visibility for a counterpart who increasingly looks as its superior.