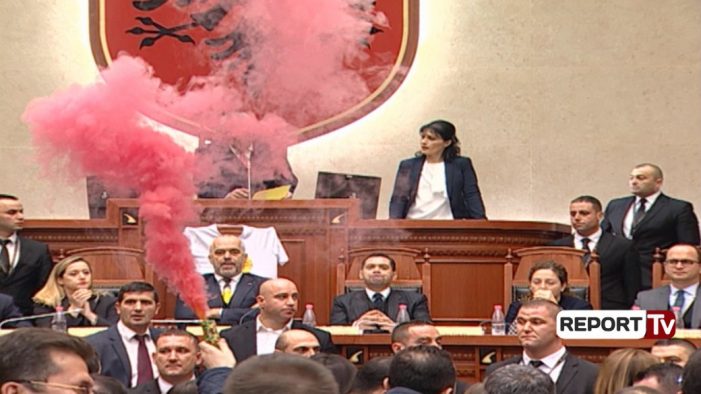 Temporary General Prosecutor Arta Marku and Minister of Interior Affairs Fatmir Xhafaj have signed an agreement deciding on the creation of Special Prosecutors in the Serious Crimes Prosecution Office and local prosecution offices for the investigation of corruption and organized crime. According to this deal, the prosecutors heading these Special Prosecutors will be nominated following verification by the Directorate of the Security of Classified Information (DISK), High Inspectorate of the Declaration and Audit of Assets and Conflict of Interest (ILDKP), and State Information Service (ShISh).

This structure and its predicted staff outfitting, however, clash with the designations of the justice reform. The Albanian Constitution demands the creation of a Special Prosecution (SPAK) against crime and corruption, as well as an investigative unit under it, known otherwise as the National Investigation Bureau. SPAK is to be entirely independent of the General Prosecutor, as well as of other structures within the Prosecution Office and SPAK leaders and prosecutors are to be nominated by the High Prosecutorial Council.

According to Article 4 of the Prosecution Office Law:

The Special Prosecution carries out its functions independently, via special prosecutors nominated by the High Prosecutorial Council in accordance with this law.

Marku–Xhafaj’s entire structure clashes with the legal framework delineated above, and is bound to hinder investigations into crime and corruption if it comes to fruition.

Yet, this agreement itself is alarming in two more respects, namely, Marku overstepping her authority, and the threat it constitutes to the prosecution’s office’s much sought after independence. As explained here and here, nominating prosecutors and instituting changes to the structure of the prosecution office fall well outside the Temporary General Prosecutor’s jurisdiction. More importantly, however, the Marku–Xhafaj deal infringes upon the prosecution office’s independence, often posited as the principal purpose of the justice reform and the changes made to the Constitution. Some of the outrageous points of the agreement include prosecutors being assigned offices inside the Ministry of Interior Affairs.

This recent development further confirms that, following the anti-constitutional nomination of Temporary General Prosecutor Arta Marku, handpicked and voted in exclusively by the majority, the government is steadily bringing under its control the entire prosecutorial system.