Seven Lessons from the Italian Elections 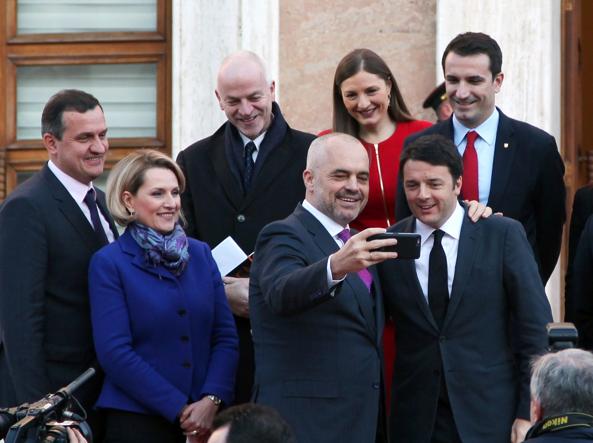 The Italian general elections were held on Sunday and the predicted results are very uncertain. The three highlights of this election include: the disappearance of the extreme left and the fall of the pretend left put up by Matteo Renzi’s PD, the undoubtable affirmation of anti-establishment movements like the Five Star Movement (M5S) and the League (Lega), and the inversion of power relations within the center-right.

The combination of these three factors leaves for a very confused situation, as it is currently very difficult to discern a majority that could govern. It seems the only two options, hardly even considered as such until the elections, are: a coalition between M5S and the League (already refuted by the League’s Salvini) or a coalition between M5S, PD, and the leftist Free and Equal (LeU) (a likely very complicated alliance, and supposedly mortal to the left). A third, less likely, solution may come out of the center-right party strengthening its position through various minor parties.

Whichever way the Italian governance ends up going, a few lessons can be extracted from yesterday’s voting that could prove useful to Albanian politics, that usually ends up mimicking its neighbors, if a bit belatedly.

When a political situation is ripe, sooner or later it will happen

The Italian political stage, for many years now, had been trying to hide a deep crisis in the relationship between political parties and citizens, the effects of which have been postponed through political maneuvering, but without ever going to the root of the problem. This strategy ends up magnifying issues until they, coupled with social and economic hardships, become indigestible.

Renzi’s leadership was very similar to that of Edi Rama, with a very arrogant approach to opposition, be it internal or external, and it eventually led to the impossibility of reaching any consensus. An arrogant positioning that fails to be backed up by facts and resolution of social problems always ends up exacerbating conflict, thus limiting spaces for negotiation.

Since entering the Palazzo Chigi, Italy’s official residence of the Prime Minister, Renzi chose to focus on public announcements and intense communication with the press and voters, dedicating very little time and attention to solving the problems of the people and the country. While fostering optimism and trust is rather useful in the short term, when not coupled with concrete results in the long run, it remains insufficient. Similarly, having spent all the money in a budget doesn’t mean you have achieved anything.

Both Renzi and Rama have a certain propensity towards dialectically drowning out their critics and eventually submitting them to ridicule, in an effort to distract the public from the true problems. Listening to the people and being able to understand their true problems, in order to, then, propose solutions, is the true meaning of politics. Losing touch with their reality is the most common danger for those who have succeeded in politics.

As evidenced by a Trump victory, the post-Berlin-Wall left has been distracted more and more away from historically socialist issues and has gradually moved away from their traditional base, denouncing its ideological basis, but, at the same time, losing the capacity for solidarity with a large part of a population marginalized by the effects of the globalization and hyper-financialization of the world economy, that has been left to turn to so-called “populist” (actually, simply “popular”) forces for representation.

Cracks in the European structure, elections aren’t won in Brussels

The wishes of the European super-bureaucracy and the constraints imposed by European treaties have been used for years as justification for many unpopular economic choices, while in many other cases (like that of Veneto Bank) the accords were silently ignored, in tacit agreement with Brussels. The parties that won the most support (M5S and Lega) seem to find this sort of asymmetrical submission unacceptable, which will create a lot of stress in European chambers. This choice of the electorate, that may end up creating serious troubles for the stability of the European structure, demonstrates that the approval of Brussels is not a fit substitute for the approval of the people.

For months the Italian political climate was polluted by the term “populist” indiscriminately attached to all who did not fall in line behind the politically correct left, while the dramatization of certain news evoked the ghosts of fascism, agitated skillfully in the “electoral” key. Now, those much stigmatized electoral forces raked up popular votes, while the furious champions of militant anti-fascism were beaten properly. The use of old slogans and conventio ad excludendum has no more traction on people exhausted by bureaucracy, taxes, and unemployment.

Hopefully someone in Albania will cherish these lessons produced by the Italian election.