$14M For Nothing – The Corruption Scheme of Veliaj’s Schools 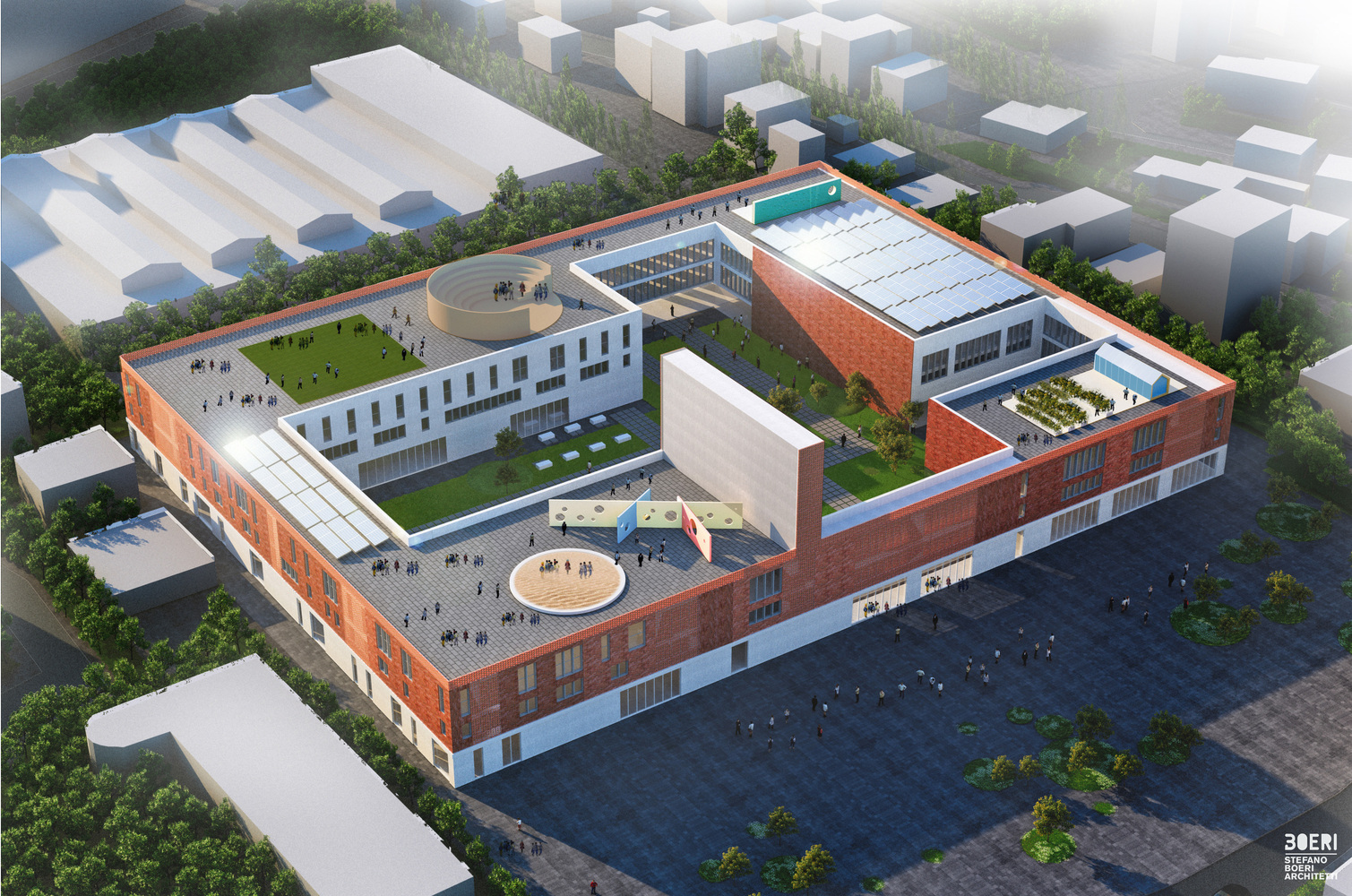 The financing scheme chosen by Tirana mayor Erion Veliaj for the construction of five new school buildings is one that has never been tested, needlessly expensive, and, most likely, corrupted. If we were to use the now well-known government slogan, “you have seen nothing yet,” this scheme has truly never been seen before in the world of public finance and surpasses every economic madness applied in Albania until now.

Erion Veliaj has been propagandising the idea of “public–private partnership (PPP) schools” for more than a year. As usual with his projects, besides a general statement, no further explanations and details on the idea were provided at the time. An article from 2016 explained what the two most likely options used by the municipality for this project were:

If a construction company would undertake the construction of a school, the payment for which will be stretched out over a long period, it will definitely need to finance this investment through bank loans. As a result, the companies that will take part in the PPP construction, will only do so if the total payment of the municipality were larger than the total of the investment plus the interest the company will have to pay to the bank during the time in which the municipality pays back the investment to the company.

So it is completely unclear why the municipality needs to take such as initiative, if the interest rates that the state would have to pay for a similar investment or more then twice as low!

This brings me to think that the public still hasn’t been told the truth by the municipality. One possible explanation can be that this scheme is used to make higher payments for construction work than the market price, thus creating the possibility of corruption.

Another explanation, which is similar to the PPP schemes currently used by the state, is that this scheme will bring other, currently unknown, perks to the construction companies.

The first option was payment via installments (as opposed to a regular payment contract) which, ultimately, would cost the budget more.

The second option relied on using the land awarded by the municipality for private construction, with the school taking up only part of the land or the construction. This scheme would be similar to the one used for the new stadium, the National Arena, and the one the government plans to use for the National Theater.

The municipality of Tirana has chosen the first option and, as usually happens with these concessionary schemes now, the budget is set to lose nearly $14 million.

What is the municipality doing?

On page 463 of the February 19, 2018 Public Procurement Agency Bulletin, the municipality declared the winner of a concessionary contract for the construction of five school buildings, the first to be built via a new concessionary scheme. The section notifying the winner uses vague language, that makes it difficult to  understand the specific terms of the contract. Therefore, we must turn to the feasibility study that contains the scheme’s economic analysis.

The study explains that the Tirana municipality, for lack of funds, “must apply innovative methods of procurement and financing for the project proposal” to build 17 new schools, indispensable for the city, that will cost around $58 million (6.2 billion Albanian lek). According to this scheme, interested companies will build the schools with their own funds and will manage them for seven years. During this time, the municipality will pay back the investment plus an annual interest of 6.28% via instalments.

Firstly, we must say that the argument of the absence of funds is unfounded. The municipality claims not to have the funds because its budget is only $100 million. In truth, as a result of recent tax increases alone, in the first nine months of 2017 the Tirana municipality collected almost $130 million in revenue. This revenue increase easily allows the municipality to gradually build the schools via standard procurement procedures during the following years. Infrastructure project costs are always high compared to yearly revenues, yet this does not excuse finding “innovative financing methods” that inflate costs, like the one proposed by the municipality.

What makes the scheme more expensive?

As explained in a previous article, payment in instalments is problematic from the construction companies’ viewpoint. If they would be paid the full sum immediately, then they would be able to invest that sum in other profitable projects or, at the very least, deposit the money in a bank and reap the interests, currently at a close to a 2% rate, according to the 2018 Bank of Albania Monetary Policy Report.

Is all this necessary?

Absolutely not! As we have explained before, there is an important reason why a public entity does not manage construction projects in this manner. That is because the public sector can borrow with interest rates lower than 6.28%. Even assuming that the municipality’s current funds are insufficient, the construction can be financed by traditional public debt, using the Central Government to guarantee the loan.

The main way through which the Albanian Government borrows money is through the 12-month treasury bills, which, in the last Bank of Albania auction reached a 2.65% interest rate, nearly a third of the municipality’s rate. In fact, as shown in the following graph, the 12-month bonds’ interest rates have decreased significantly in the last few years, thus making public investment cheaper and more affordable. 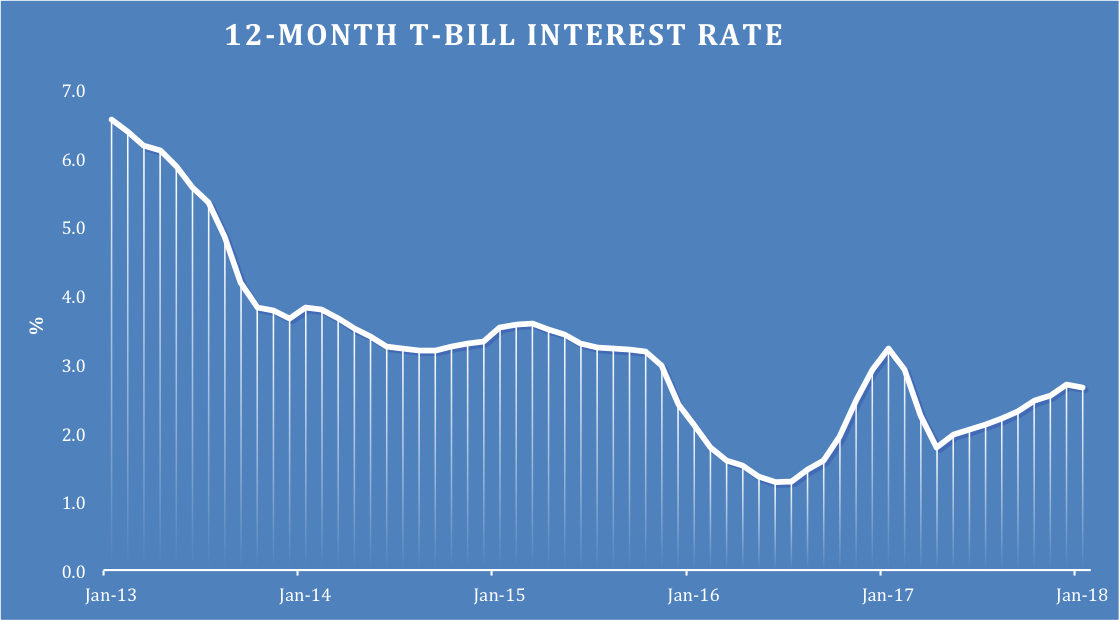 The main concern towards financing public works through borrowing is the already high public debt level. Yet this concern is not entirely legitimate, as the low interest rates for the treasury bills show that the Albanian state currently is not only not suffering from a lack of trust in the market, but can even borrow at close to historically low costs.

Even assuming that  public debt is a problem, according to the feasibility report the municipality pledges to pay the instalments through its budget in the following years. The schools will be practically paid for with citizens’ future taxes. This pledge is essentially equivalent to a public debt, only one disguised under a different name, and, not to mention, a higher cost.

A final attempt to defend the municipality’s initiative could perhaps attempt to justify the 6.28% interest rate. To arrive at this figure, the feasibility report uses the average from the latest auction for long-term bills – known as treasury bonds (or notes), and which have a maturity of more than a year. Yet, this approach presents a few problems as well.

Firstly, long-term bonds are still rarely used for borrowing by the Albanian state, and therefore there is still some distrust surrounding them. The primary means through which the state borrows money remains 12-month bonds that are issued nearly weekly, and their interest rate is usually the reference point for the Albanian financial system. The feasibility report should have referred to this interest rate, as well.

Still, even if it would be justified to refer to long-term bonds, their interest rate is currently lower than 6% and it will very likely keep falling as their use keeps expanding, as it has since 2010 (as shown in the graph below, seen in the latest Monetary Policy Report, p. 25). 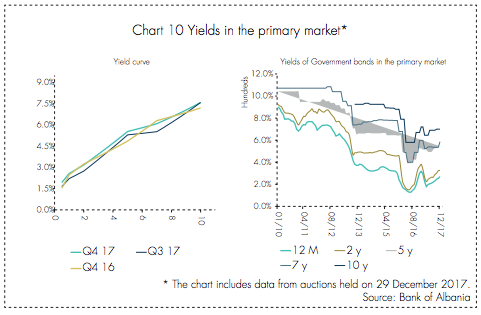 An interest rate of 6.28% could only have been reached if the analysis took into account older auctions, and not more recent ones. Therefore even the long-term bond based evaluation is erroneous and damaging to public interests.

Finally, even if we take for granted that we must borrow money, even if we refer to 7-year bonds, even if we come to a 6.28% interest rate, there is still no reason why all this must be paid to a single concession company. If the Tirana municipality must take out a 7-year loan with a high interest rate, why doesn’t it borrow from the public, instead of a private company?

If interest must be paid for such a loan, it is best that the ones profiting off of it are the ones paying for it, the Albanian taxpayers. All the municipality has to do is launch an auction for 7-year bonds, and start working towards issuing municipal bonds.

As explained a year ago, the latest scheme of the Tirana municipality makes no sense financially, no matter how much benefit of the doubt one can grant towards the municipality’s excuses. Similar to the Tirana masterplan, it would seem like the scheme is designated to increase the construction companies’ payments and against the public’s interests. This policy seems especially absurd at a time when the Tirana municipality has significantly increased taxes on its citizens, instituting a special tax precisely intended for the construction of schools.

It is surely a speculation, but the simplest way to explain a public policy that harms the public’s interest by inventing “innovative financing methods” and falsifying financial evaluations’ data so it can secure higher profits for private interests, can be labeled only as corruption.