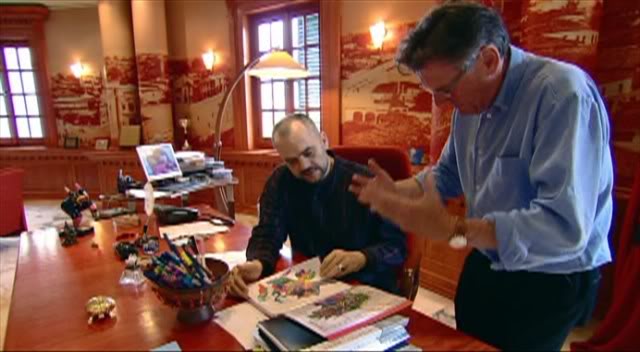 The majority of the foreign architects Prime Minister Edi Rama surrounds himself with have been previously embroiled in corruption, legal infraction, and copyright violation scandals. It seems their penalties and scandals in their respective countries amounted to little hindrance for Rama’s cooperation with them – indeed, it is likely, that they were chosen precisely on these grounds, namely their disposition to become part of legally problematic projects with suspicious transparency and financing.

Boeri is the architect who drafted the most important document for Tirana’s urban development until 2030, the Tirana Masterplan. The day before, Italian media reported that Boeri is being investigated in Italy for unlawful construction of a multifunctional center in the town of Norcia, in Perugia.

As Exit.al has already explained, the Boeri-authored Tirana Masterplan also displays serious shortcomings and is based on inaccurate data and contract breaches.

Lately, Boeri returned to Albania as architect of some of the new school buildings that will be built through a public–private partnership, as announced by Tirana mayor Erion Veliaj. Boeri did not compete in any public tender procedure for this project, that is part of his own Masterplan.

Marco Casamonti, founder of the Italian company Archea Associati, has been convicted in Italy for corruption in the construction of an object in the city of Florence. Nonetheless, this conviction has not hindered Casamonti’s career in Albania where he is constantly being employed to work on various works and projects.

Casamonti designed the Veliera Square in Durrës, a project that, among other things, threatens to irreparably damage the city’s archaeological heritage, including Byzantine settlements, entirely infringing laws put in place to protect these monuments.

Marco Casamonti also designed the National Arena, another suspect government project, as well as the bankrupt 4EverGreen Tower across from the Tirana Orthodox Cathedral.

But, regardless of these “misdemeanors,” Casamonti and the Archea Associati studio lately obtained a permit for the construction of “Garden Building.” According to the project, this 24-floor tower will be yet another shopping center with apartments in its upper floors. It will be built along Rruga e Kavajës near 21 Dhjetori, where the former Natural Sciences Museum used to be located.

Peter Swinnen, one of the founders of Belgian company 51N4E, known for his close relationship with Edi Rama, was terminated from his position as head architect of Flanders on suspicion of corruption and conflict of interest relating to the 2015 Skënderbeg Square project.

51N4E designed the Prime Minister’s private atelier-studio-villa in Surrel; the TID tower, part of the French Plan for the center of Tirana. 51N4E and Anri Sala designed the project for the new Skënderbeg Square.

The danish Bjarke Ingels Group (BIG) reentered the public attention only a few days ago, with the project for the new National Theater.

BIG’s project proposal is a replica of Forma Architects’ project for the Busan Opera House, drafted in 2011.