A Copy–Paste National Theater, A Tale of Thieves and Liars 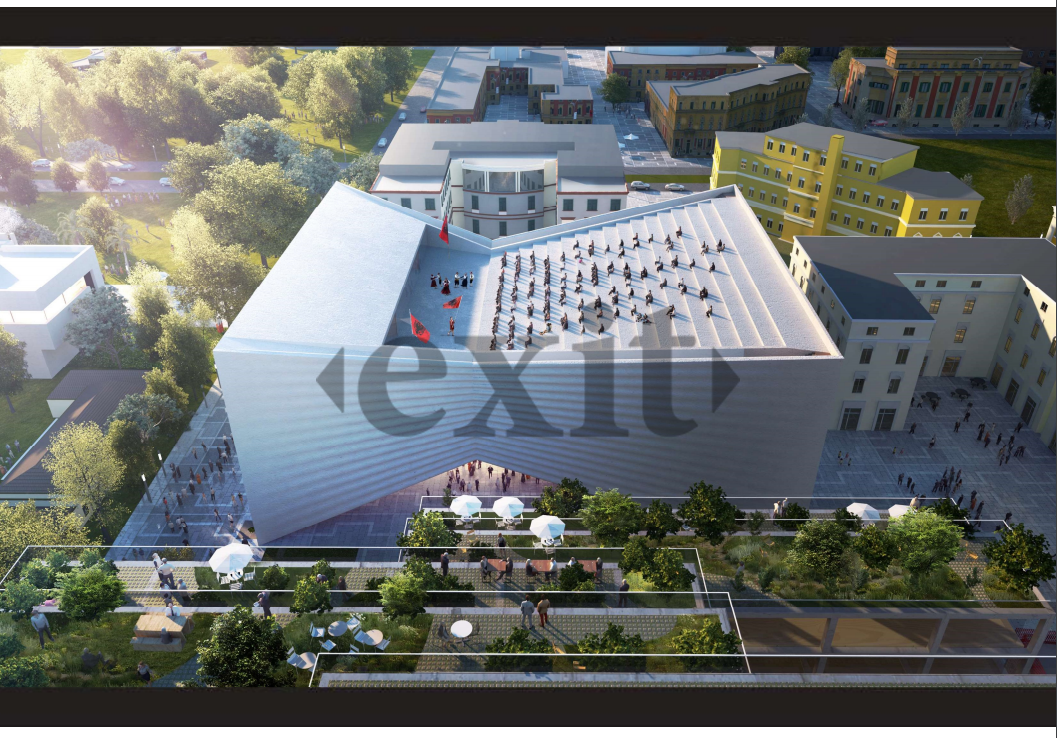 The issue of the National Theater, which at first seemed like your usual tale of arrogance and corruption, driven by the unstoppable, cementing greed of a politician who became famous for his “one building, one vote” formula, has taken a turn for the grotesque.

As reported before, the project presented yesterday by Edi Rama and Bjarke Ingels is “very similar” to a project presented in 2011 by the Ukrainian architectural study Forma in a competition for the construction of a South Korean theater.

This would have hardly happened if the new National Theater project had underwent public competition, but haste and secrecy, combined with the arrogance of wanting to decide everything by one’s self, have pulled a bad prank on Rama, who now finds himself cuckolded, with wide-spread dissent from intellectuals and a disgraced project known worldwide as a knockoff.

The situation is ironic: a stolen project (in clear violation of copyright law) is to be built in clear violation of urban regulations, through an inconvenient and financially non-transparent operation, to the detriment of a, certainly old, but truly original theater, in order to host the most intellectual events of Albanian social life.

This narrative is emblematic of Rama’s Albania: to silence the discontent of Albanian intellectual society while justifying the theft of public property and the destruction of collective memory, made possible by drug-induced financing, the Global Leader, the brilliant artist, has resorted to intellectual theft.