Negotiations With Greece, President Meta: Collaboration with the Ministry Fruitful 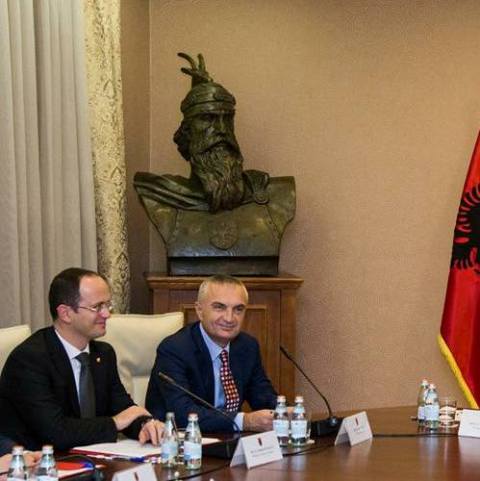 The day after he granted Minister of Foreign Affairs Ditmir Bushati the authorization to negotiate with the Greek government on his behalf, President Ilir Meta, labeled the cooperation with the Ministry useful and productive:

We have had a quite productive and useful collaboration for a solid constitutional and legal process, aimed at effective negotiations with the Greek government. I believe that considerable work has been done. The process is very constitutionally solid.

The negotiation group formed by the Ministry of Foreign Affairs will be joined by former head of the Ministry’s Department of Legal Affairs, Ksenofon Krisafi. Regarding Krisafi’s inclusion, Meta declared:

It was a very positive proposal, that I welcomed, seeing as [Krisafi] is a well-known figure in international law, and has ample experience with similar cases.

The President had twice previously rejected Bushati’s request because the required documentation, as defined in the Constitution and a 2010 Constitutional Court verdict, was incomplete.