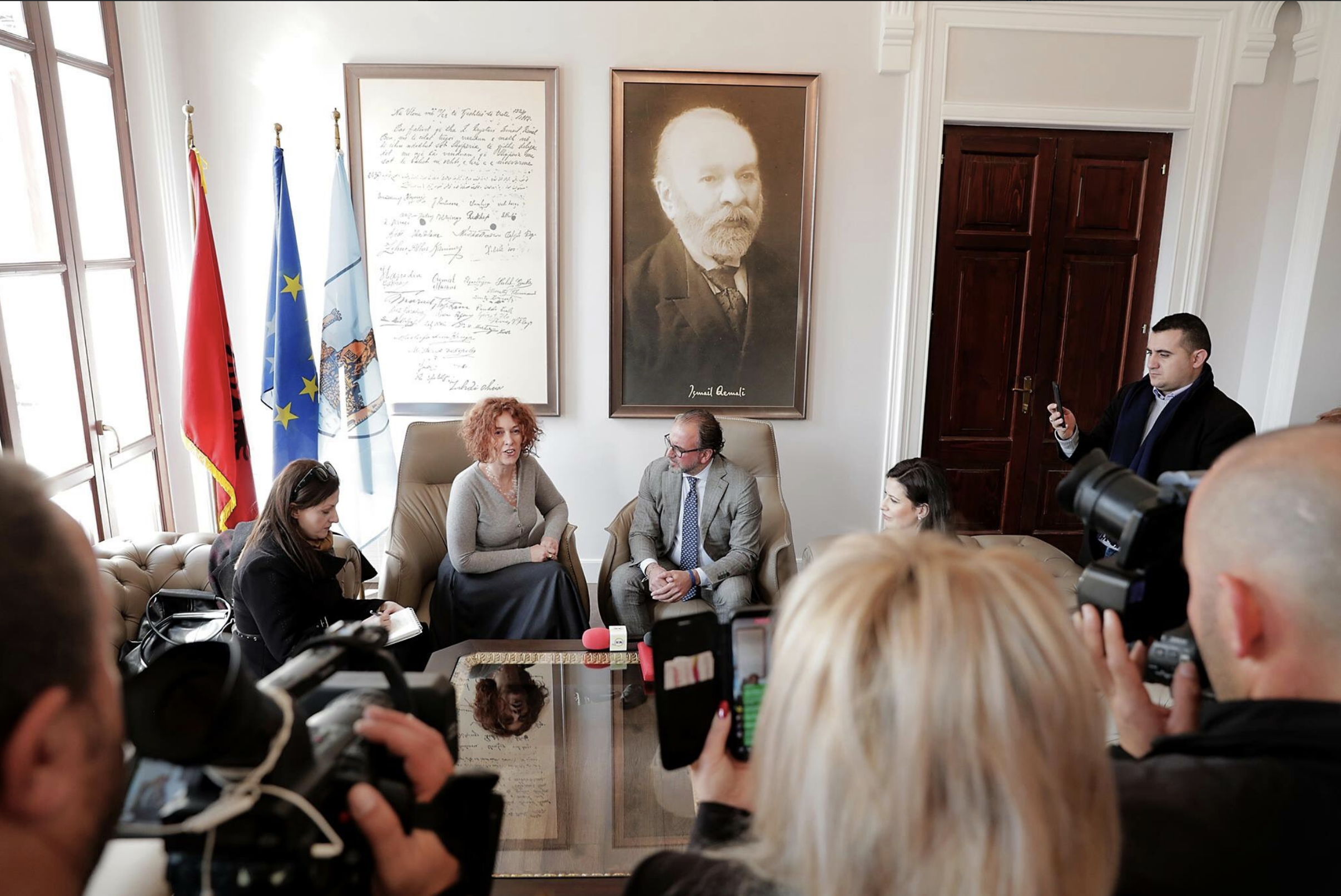 It is becoming increasingly difficult to differentiate between the actions of EU Ambassador Romana Vlahutin and the Albanian government.

One would think that an ambassador is stationed in a country to serve the interests of the nation or nations they represent, in this case the EU. The interests of the EU are expressed, succinctly, in the five requirements for the opening of accession negotiations, one of which is the strengthening of human rights, including property rights.

However, the only time when Vlahutin has openly criticized the government over the enforcement of property rights, was when its owners were an EU minority, namely in the case of the Greek properties in Himara. In all other cases, such as the expropriation in Shkoza, the EU Delegation remained mum.

Meanwhile, the IMF has already warned that weak enforcement of property rights is undermining foreign investments, while the European Court of Human Rights regularly rules in cases in which the government illegally expropriated private buildings, nearly always issuing a verdict that includes compensation for the owners. Most recently in January, this was the case for an illegal expropriation in Vlora.

The peak of lawlessness with which the government operates with regard to private property was the recent Decision of the Council of Ministers (VKM) 138 from February 2, 2018, in which the government unilaterally “suspended” all legalization processes of private property along the entirety of the Albanian coast. Since 1991, Albanian citizens have been struggling to gain back their properties expropriated during the communist regime, or be properly compensated by the state. Although this process has been legally fraught and often led to land grabs by those closely related to the government – of whichever political color – the Rama government now decided to “temporarily” suspend all such procedures and create a “reserve for strategic investments.”

Gjergj Erebara already pointed out in detailed blog post that the VKM illegally overrides Albanian law, and that a “temporary” measure is not temporary when you don’t specify a period. The VKM, in fact, imposes a permanent and arguably illegal obstruction for the proper implementation of Albanian property law.

Minister of Justice Etilda Gjonaj scrambled to justify the government’s decision, declaring in a press conference:

[T]he decision of the government to temporarily suspend the procedures of transferring ownership of land in important zone will continue until their verification. And this decision doesn’t aim to block legal owners, but only abusers.

Of course, Gjonaj failed to give any timeframe of this “verification,” which was earlier announced as “vetting” of the seaside. She also remained silent on the openly expressed target of the VKM, namely the creation of a “reserve for strategic investments.” Because the controversial strategic investment law has so far been used precisely by oligarchs close to the government to build on illegally appropriated private property!

The VKM is therefore not enforcing the rights of any “legal owners,” but rather opens the way for a few government-allied oligarchs to pick up lucrative – and “unregistered” – seaside property for cheap.

Now let it be that Vlahutin chooses precisely Vlora, the city in which the Rama government showed its most aggressive expropriation tactics, to encourage citizens “to take charge & stand so that local communities make their voices heard & participate in democratic decision-making.” And she appears in her meetings and press appearances side by side with Minister Gjonaj, who earlier this week struggled to give the unlawful VKM a veneer of decency.

Instead of speaking out forcefully in favor of the rule of law and private property rights, and against the abuse of government decrees to overrule legislation that has been approved by Parliament, the EU Ambassador enforced the government narrative by appearing prominently next to the Minister of Justice, urging “administration officials dealing with property issues […] to promptly serve citizens who have been waiting years for what is rightfully theirs.”

Ambassador Vlahutin perhaps didn’t understand that the VKM signed by the Prime Minister precisely prohibits these administration officials from serving citizens – because they are blocked from registering what is “rightfully theirs.”

Sometimes it is difficult to understand the cognitive dissonance and utter hypocrisy shown by the EU Delegation and Ambassador Vlahutin. It is difficult to see how this institution embodies the values that the EU wants to imprint on Albanian politics and society. But then I remind myself of this stunning fact: she still lives in a villa built precisely by one of those who will profit most from Rama’s VKM and the “vetting” of the seaside.