US Professor Amy: “It’s a Citizen’s Responsibility to Act for What Is Morally Right” 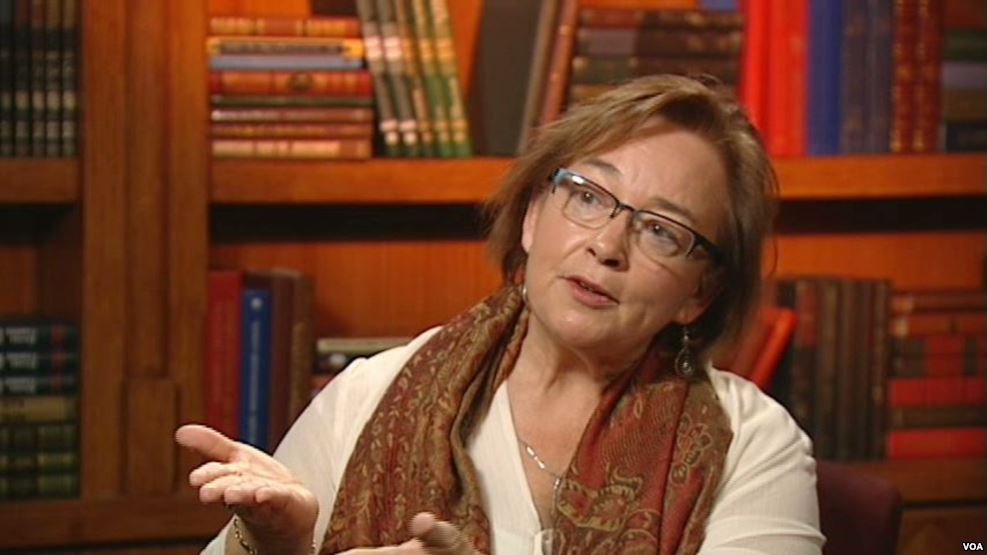 Yesterday afternoon US Professor Lori Amy, who is researching the traumatic effects of the crimes committed during the communist period on contemporary Albanian society, as well as an Albanian colleague of hers, we arrested by the Albanian police and held in custody for 7 hours without access to a lawyer or translator.

Amy and her colleague have been indicted under art. 242 “Disobeying orders of the public order police employee” and art. 293 “Obstructing the movement of transport vehicles” and the police has referred their case to the prosecutor.

The events took place during the protest of civil society activists, citizens, and family members of the people from Kukës arrested on the night of March 31 after the violent protests against the €5 toll imposed by the government on the usage of the Rruga e Kombit highway.

Exit spoke with Professor Amy this morning, who explained her ordeal:

We were walking toward to protest in front of the police station in Sami Frashëri Street when we saw that several cars had ended up being blocked in the road because of the protest. It was a very risky situation: there were cars trying to back up and turn around, with people getting agitated.

Then another group of three policemen came and we thought that they were going to help us. They told us: “Thanks for helping but now we’ll take over.” So we left the intersection to go get a coffee. Then we noticed that the police was still allowing cars to enter the street, so we turned around and asked what happened. They told us: “We have received the order not to deviate the traffic because this type of protest [in front of the police station] is illegal.”

In other words, because the police had judged the demonstration illegal, it refused to protect the safety of both citizens driving their cars into a blocked street, and the people gathered on that street, while at the same time making no efforts to move the protestors to safety of the sidewalk. “Then they accused us of blocking the road, even though we were just giving drivers information that the Sami Frashëri Street was blocked!” Professor Amy continued.

Now we were surrounded by twelve police officers who told us to stop telling people the road was blocked, which I refused. There were some police officers, who know the communist past, who were clearly conflicted. They wanted to keep the road safe, but they had received orders not to. What this shows is that we have some very good human beings in the police force, who are conflicted because they know what is morally right but have orders to do something that’s against their conscience.

So I refused to stop people telling not to enter, and then they told us we needed to come to the police station to “give information.” They said I was not under arrest, but they also didn’t tell me what they needed this “information” for. They forced my colleague into a police car and handcuffed him, and then I also gave myself over. I asked: “Am I being arrested,” and they said “No.”No explanation, no information about what is happening to us.

At the police station, where Professor Amy arrived around 15:00, her laptop and cell phone were confiscated, she was put in a prison cell, and she was allowed no access to a lawyer or translator until 21:30. According to Professor Amy, the only reason they got access to a lawyer because she refused to provide her documents. She also refused to give a statement to the police:

I had no idea how they were going to translate what I would say, and what the legal value of such a statement would be. It was so bizar. I kept asking: “Am I under arrest,” and they said “no.” “But why then,” I asked, “am I in a prison cell with the door locked? I am not under arrest but I am not free to go, so what is this?”

Professor Amy and her colleague were finally released from custody around 22:30. She insists that the events of that day should be considered seperately from the “extremely important” protest in Kukës:

We should separate two specific instances. The protest in Kukës, which is extremely important, is one thing, for which I have a great deal of respect. Our situation is another. This is about public safety hazard. I simply couldn’t leave when people were entering this road in an extremely risky situation that put people directly in harm’s way. As a result I am violation of two Penal Code articles.