Public Universities Spend More on Offices than on Scholarships and Research 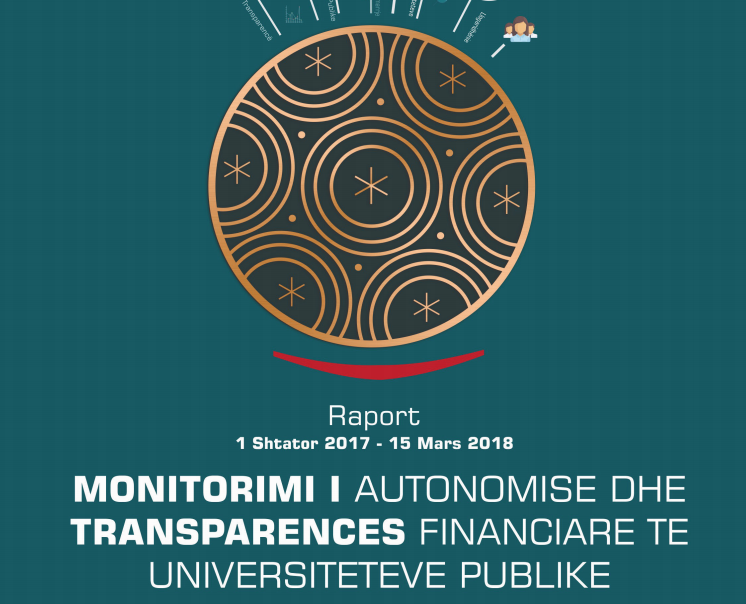 These are the results of the financial monitoring of three public universities in the country conducted by Qëndresa Qytetare. The monitoring took place from September 2017 to April 2018 in the University of Tirana (UT), the “Aleksandër Moisiu” University in Durrës (UAMD) and the University of Elbasan.

Qëndresa Qytetare analyzed financial data published by the State Treasury, procured via 20 requests for information sent to the universities in question and reviews of the official websites of the public universities.

The report’s main conclusions include:

The three universities reviewed favor the luxury of their offices over science, as they have spent no amount of money for “studies and research” during the September 2017 – April 2018 period.

UAMD has spent 15 million lekë to furnish the offices of its leaders.

UT has spent approximately 39 million lekë paying employees that have been unfairly terminated.

Meanwhile, UT has spent no money whatsoever on student scholarships.

All three universities have spent no funds on scientific studies and research.

UAMD has paid for the starting wage of a certain F.Q. 152 million lekë, approximately 90% of the total starting wages expenses.

UAMD spends around 320,000 lekë on cable TV, yet does not provide internet for its students.

Furthermore, the fees paid by UAMD for the cable TV do not match the going prices of any cable companies.

According to the monitoring, the University of Elbasan and UAMD have spent 10-14 million lekë in 7 months for building security. These fees are also higher than those of the market.