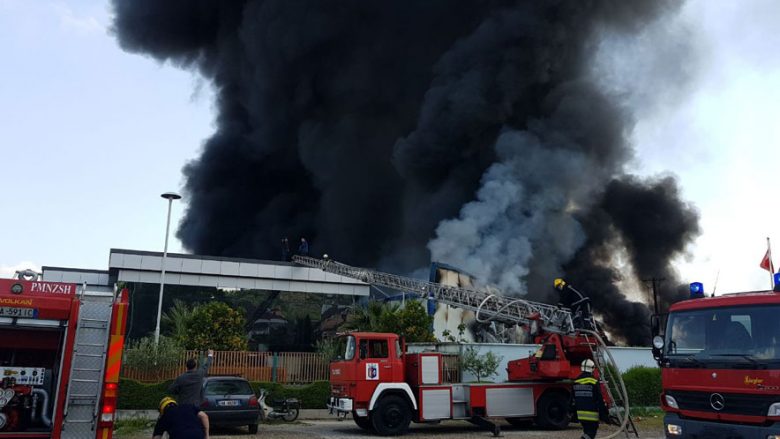 Yesterday, the recycling plant “Everest,” owned by chair of the Society of Recyclers Vullnet Haka burned to the ground. The fire started around 9 a.m. and was allowed to spread quickly as the fire alarm didn’t work.

Responding to the ecological catastrophe this morning, Mayor of Tirana Erion Veliaj called upon citizens not to approach the site because of the toxic fumes.

This is the third time that the recycling plant caught fire. First last year, and recently a few months ago, when Hakës was also fined for not having proper safety measures in place.

The law was eventually retracted after massive protests.

This is not the first tragedy involving the waste management industry supported by the government. The “model” landfill in Sharra, owned by a PS politician and widely promoted by Erion Veliaj, was the site of deadly incident involving an underage worker.