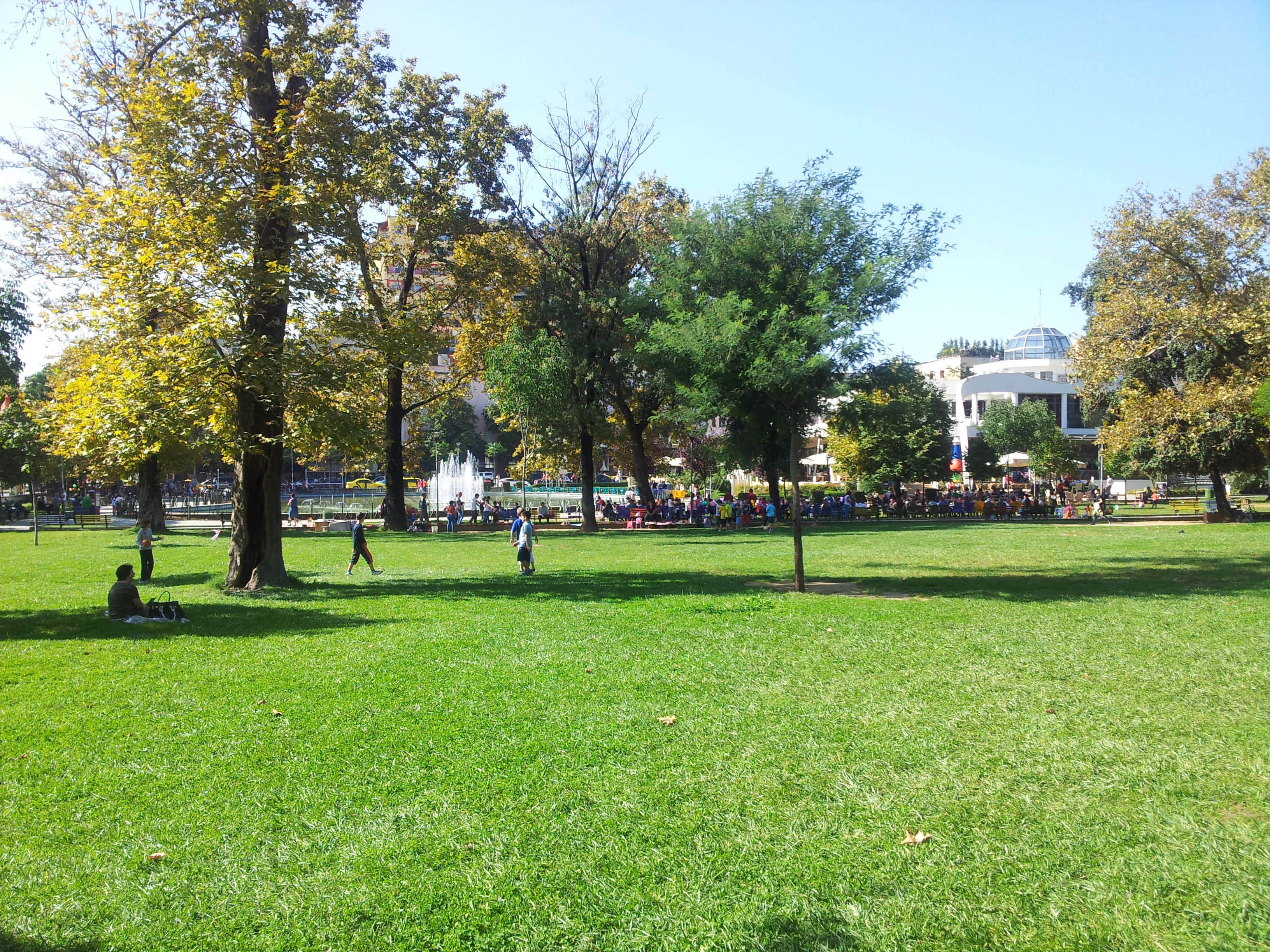 Parku Rinia, one of the last open green spaces in the center of Tirana, will be covered in concrete once again by the Tirana municipality. The municipality has planned the construction of a large playground as well as several service kiosks. The construction will be carried out via a so-called public-private partnership.

The municipality proposed a draft decision for the transfer of the management of Parku Rinia to the Agency of Parks and Recreation that is set to be voted on by the Municipal Council today. The municipality confirmed that “Parku Rinia will have its own public playground.”

Meanwhile, the municipality has already begun opening fast food kiosks in the park, as Exit reported on a few days ago.

In anticipation of the fundamental transformation of the Parku Rinia into an urban space, bringing back memories of the “kioskization” of the park in the 1990s, the municipality has already begun its propagandistic word games. The explanation of the draft decision stated:

Parku Rinia is a space that offers many possibilities for recreation activities for all ages […] and it is visited by a large number of citizens, and, similar to many international experiences, falls under the category of “park” rather than “public garden.”

Despite its name, Parku Rinia is administratively called the “central complex public garden,” even though there is no exact legal definition differentiating a park from a public garden. The municipality’s attempts to differentiate between the two are obvious: by calling Parku Rinia a “park” instead of a “public garden” it allows itself to build “recreational complexes” on the land, as it has done in the Lake Park.

It is obvious that the Tirana municipality is trying to glamorize the covering in concrete of the last green space left in Tirana, a project, no doubt, carried out within the framework of the Rama government’s clientelist vision for Albania. After deciding to erect concrete buildings on the space behind the Tirana municipality building and the space behind the Ministry of Interior Affairs – in a corrupt and clientelist project that includes the privatization of public land – the municipality now seeks to convert Parku Rinia from a green public space to an urban entertainment area filled with the usual bars and cafes.

In the draft decision mentioned above it is also stated that the municipality intends to convert the “Myslym Shyri” street into a pedestrian area. It seems this is supposed to make up for the fact that the current promenade area, extending from the Art Gallery intersection to the Ura e Tabakëve bridge, will be destroyed to make space for the construction of the buildings behind the National Theater.